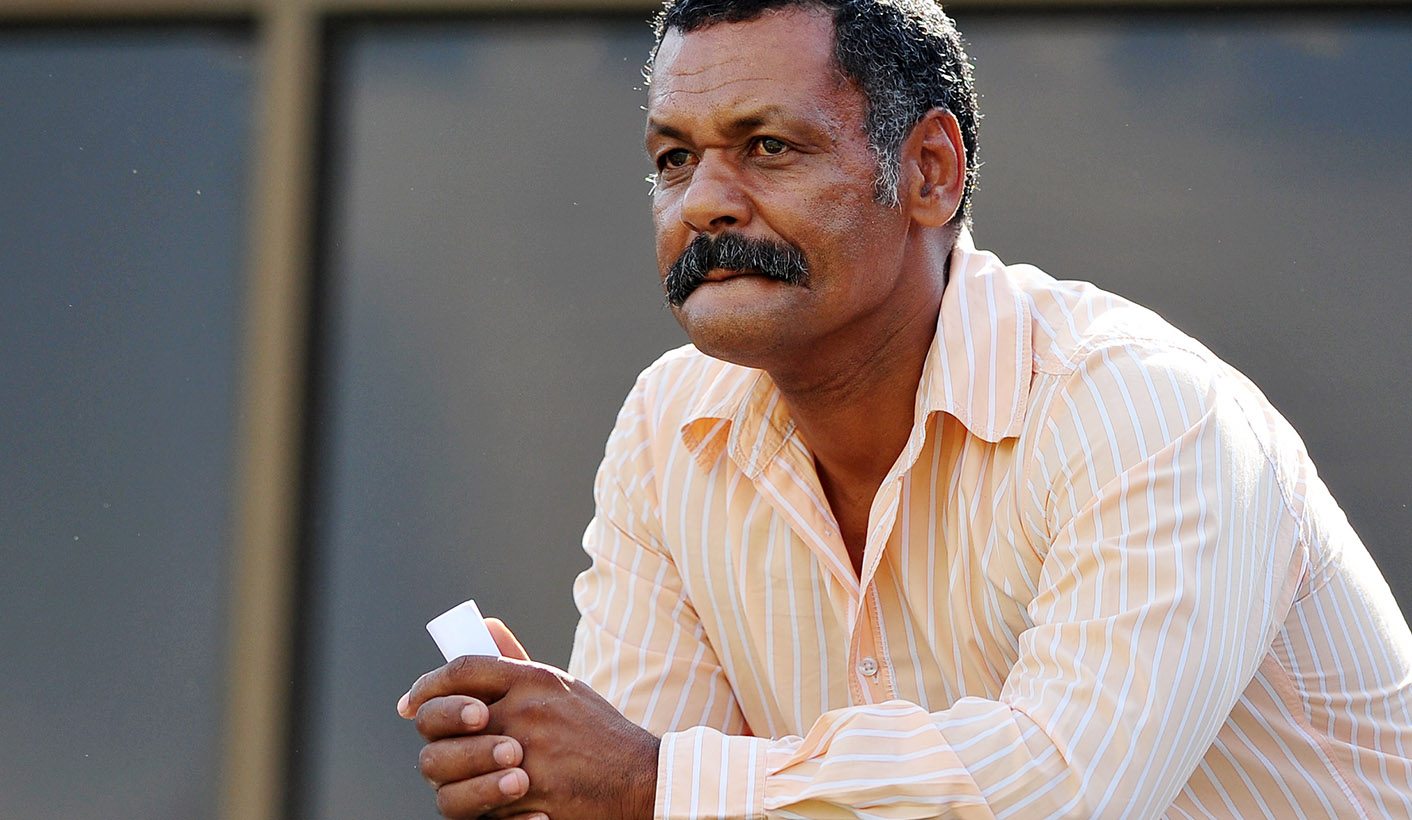 In a staggering press conference this week, former Springbok coach Peter de Villiers tongue-lashed the South African Rugby Union from a dizzy height. Some quips were befuddling, others were… also befuddling. But there was the odd moment of sense. By ANTOINETTE MULLER.

Peter de Villiers and sensational headlines. It’s a thing. It was during his tenure as Springbok’s coach and continues to be so.

Recently appointed coach of Zimbabwe, De Villiers went full “screw you” in one of the most bizarre press conferences you’re ever likely to see. And in a month that included a monologue by Jacob Zuma, that’s saying something.

Speaking to the press, De Villiers retired any shits he might have left to give to the rubbish bin. The prized quote, which the South African Rugby Union (SARU) has denied has any truth, was this:

“I got a call from the Zimbabwe Rugby Union to say there is a problem, SA Rugby say I am blacklisted and they cannot appoint me. When Boland wanted to make me coach, someone from SA Rugby offered them R2-million not to appoint me, and a union like that cannot afford to say no to that sort of money.”

The claim about the Boland exchange is not new. He said the same in 2017, saying he got it from “a very good source”.

De Villiers went on to say how he is glad to be the Zimbabwean coach because he is “not welcome” in his own country and how the first thing he’ll do when he hops across the border is “sing the national anthem” (meaning, we presume, Zimbabwe’s anthem Blessed Be The Land of Zimbabwe).

But between all the bitter gibberish there was some sense. That’s always been the case with Divvy. Listen to him for long enough, decode him and you’ll find gems.

The fact remains that, to this day, De Villiers holds one of the most impressive records over the All Blacks of any Springbok coach since readmission.

He must know something.

Yet, De Villiers doesn’t seem to think anyone else thinks he knows stuff. The former coach has continuously bemoaned how he is not being consulted by South African rugby.

“I don’t want to get into the household things,” De Villiers said, referring to how rugby is run in South Africa.

“They don’t want to hear it from me. They have bigger platforms than this and will say that I am bitter. They will dilute the whole thing,” he added.

De Villiers was invited to the so-called “Rugby Indaba” held in 2016, but only on the Sunday before the event, when he already had other plans.

Regardless, he is happy to share his thoughts with anyone willing to listen on how SA Rugby can clean house and he had plenty of suggestions this week.

He also added that the selection of the technical committee is akin to an “election” where whoever is left over gets elevated to certain positions.

“We can stay here the whole day if you want to know all the technical stuff.”

And so it went on. The motormouth dance.

De Villiers said that when it comes to selecting players, South Africa doesn’t even have a pecking order, never mind knowing what a pecking order is actually good for.

He roasted the Varsity Cup, saying it makes the “mediocre players” who end up playing at provincial level “look good”. If you’re looking for a smattering of cynical bitterness, it’s worth noting that Divvy’s Varsity Shield contract wasn’t renewed after it expired.

Finally, he settled on the country’s development structures. He bemoaned how age group selection for provincial teams does not give the “late developers” a chance and how mass participation is lacking and subverting the country’s ability to select its best players.

“We are fooling ourselves too much. We don’t have a world standard.”

And then the kicker. He made a point of singling out that white players too are being sidelined by a system that relies on elitism and “rugby schools” to produce its top players.

“All of us need development. Our grassroots level is like Cape Town at the moment, no grass, no water. Roots are gone,” De Villiers said wryly.

And he’s right. Out of all the schools in South Africa (primary and high schools) fewer than 25% play rugby. TAG Rugby is being used as an introductory tool, but little is done to retain players beyond this tick-box exercise.

It is not clear from its financial statements how much SARU actually spends on meaningful development. Millions is simply packaged under “rugby” but that could be any old thing.

And so, the fog donkeys continue to communicate in mysterious signals with nobody being able to map out the way forward without drawing on the insight of coaches that brought them success.

Not that this is all that unusual.

Clive Woodward, who coached England to World Cup glory in 2003, retired a year later. He cited rugby politics as a snag. Rod Macqueen, who helped Australia win the trophy in 1999, left two years later. He spent some time with the Rebels, but eventually stepped aside.

The distinction lies in the pattern.

Anyone with even a vague interest in rugby will know that the sport’s governing body has a reputation of parting ways with coaches in a way that is only amicable in its press releases.

Wiper-blades. Banana cheese. Mango tanks and fog donkeys. The lot of them. DM