Five things we learnt from day one of the Rugby Coachin... 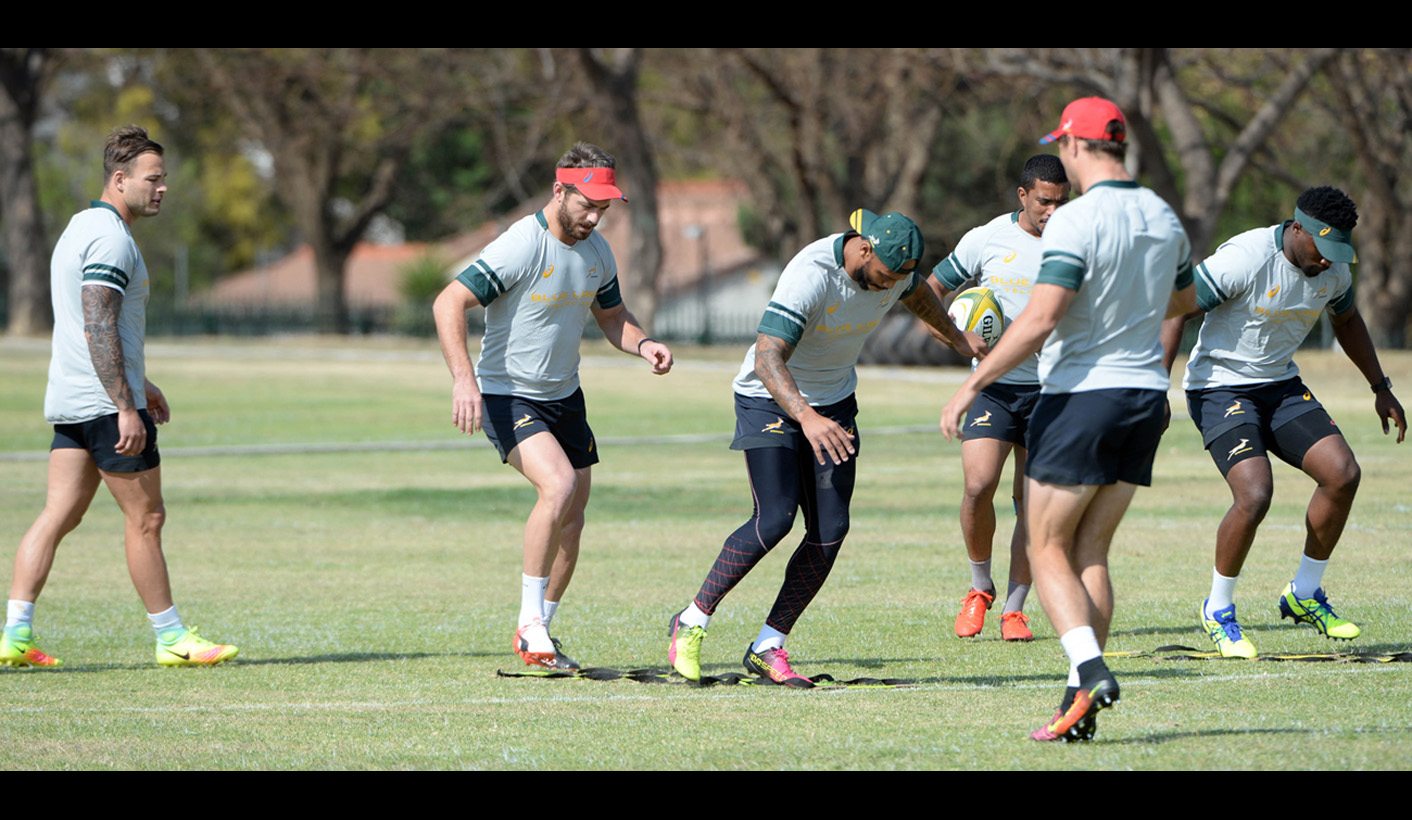 In order to get the game in the country back on track – or at least find a GPS to begin the journey – SA Rugby is hosting a two-day indaba. The idea is to find short and long-term solutions to the stagnation. Much of day one happened behind closed doors, and here’s what we’ve learnt. By ANTOINETTE MULLER.

Exactly nine years ago to the day, on October 20, 2007, South Africa lifted the Rugby World Cup for the second time, beating England 6-15 and sending the country into rapture. Twelve years before that, they “came of age”, as coach Allister Coetzee called it on Wednesday, when they won the cup on home soil. After the victorious year of 2007, it took another six years to have a “great year” (Coetzee’s words) with an 80% win ratio. And now, we are here.

The Boks have had their backsides handed to them, people on the internet are starting petitions, blaming transformation for the decay of rugby, and Coetzee needs to magic something out of a downtrodden group of players as they head off to face a magician in charge of England.

Much of the first day of the coaching indaba happened behind closed doors. A full media debrief will follow at the conclusion on day two, and while much of the media open waffle was marketing speak, there are a few telling things about what might (or rather might not) emerge from the gathering.

Much of day one happened behind closed doors, and here’s what we’ve learnt.

More marketing waffle than you can shake a PR agency at

Not that you’d expect anything different from a communications department, but the summary of the purpose of this little get-together was: “To strive for excellence and continuous improvement enabling us to become a top rugby nation.” If you’ve ever been the unfortunate sod who had to write any kind of report, you’d know that this is exactly the kind of neither here nor there yada-yada you’d put down to make people in suits go: “ooooh”. In this context, they are just empty words on a piece of paper.

The timing really could have been better

Peter de Villiers, bless his heart, has always had a way with words. In an interview with Die Son, he said that he doesn’t think SA rugby knows what the problem is and until they do, they won’t be able to fix it, pointing out that with the same structures and system, he beat the All Blacks “three times in one year in 2009” something which no other Springboks coach has ever achieved.

The hastily arranged nature of the whole thing made it difficult for him to attend. According to the former coach, he was called on Sunday to be invited, but already had other arrangements. De Villiers said: “I don’t know if he was told to do it, but you can’t be informed of something like this at the 11th hour. I’m on my way to Namibia and can’t attend the indaba.”

He’s right, of course. In Coetzee’s early days back in May, he’d already approached the franchise coaches to ask if they would be open to something like this. The official date was not set until much later, but even so, everyone knew the date back in September. Why did nobody think of contacting him sooner? Heck, the guy beat the All Blacks, he must know something.

Jake White, a World Cup winning coach, also didn’t crack an invite. And while he probably wouldn’t have been able to take time off from European Cup duty, the list of attendees and invitees seemed a little bit ham-fisted.

This is a tricky point, but hear us out. The bulk of the conference happened behind closed doors with attendees seated in neat little rows, the kind of rows that will make you recoil in horror with its resemblance of your worst school days.

Now, of course there are many of these sorts of conferences in many different sports and they often happen behind closed doors, but considering the vast public interest in this particular rendezvous, should the media not have been allowed access to the whole thing? We’re not saying it should have been beamed live on TV stations, but surely transparency is a critical part of the process?

The public are stakeholders in the sport, after all. They are the ones who buy tickets, pay subscriptions and buy replica jerseys. We’re not saying allow everyone who leaves comments on the internet to have a say, but simply acknowledge that they have the right to know. To exclude them and only drip-feed information is arrogant.

The irony that Coetzee reiterated in his opening speech that the “Springbok team belongs to the public” won’t be lost on this particular point. And come on now, what on earth could possibly be said behind those doors that we’ve not all heard before or we could not have thought up for ourselves? Or is there something that SA Rugby doesn’t want the public to know?

No one has a clue what they’re doing

“We are thumb-sucking at the moment. We are not the top rugby nation.” That’s what coach Allister Coetzee had to say prior to things getting started. He was referring to the deluded perception that South Arica can still compete with the best teams in the world, and they say the first step to recovery is admission, but how did we get here? How did nobody realise over the last 10 years or so that the foundations South African rugby is built on is as shaky as Oudtshoorn on a Tuesday afternoon in October 2016?

So we have a seemingly hastily put-together conference with largely the same-old, same-old people scrumming to have their voices heard. Yes, a few of the domestic coaches have done some great things, but largely, the representation of the panel wasn’t exactly radical and it’s unlikely that any new perspectives will come out of this. Perhaps the whole thing is more a cathartic exercise in formalising that rugby is indeed in deep sticky stuff.

Those neatly laid out rows of seats could very well have been a symbolic prophecy because the whole thing looked a bit like a high school reunion: the guys who weren’t popular were excluded while the rest regurgitated tales of the good old days.

What about grassroots representation?

Adequate representation is something rugby seriously struggles with. It’s been discussed on these pages endlessly, but the absence of grassroots representatives was stark. And by grassroots we mean everyone – from guys at hub teams to coaches at some of the schools. The excuse cannot be that they have nothing to contribute to the discussion – these are the men and women shaping the country’s future players and if the conference was, as its tagline says, about a sustainable future, surely these systems and programmes need to be engaged on mapping a way forward?

They might not be directly involved in franchises and the management of them, but that is where their players eventually end up. How do they feel about the transition from rugby at school boy level and what about the provincial structures at age group level? Could they be better? Anyone who has been through these systems will have a different answer, but if transformation is such a vital part of the agenda, why were they excluded? With such a massive gap existing between black players transitioning from Craven Week to the semi-pro and pro structures – where were these voices that are supposed to be future of South African rugby? DM