President’s End: While Zuma did resign, Parliament had a plan anyway 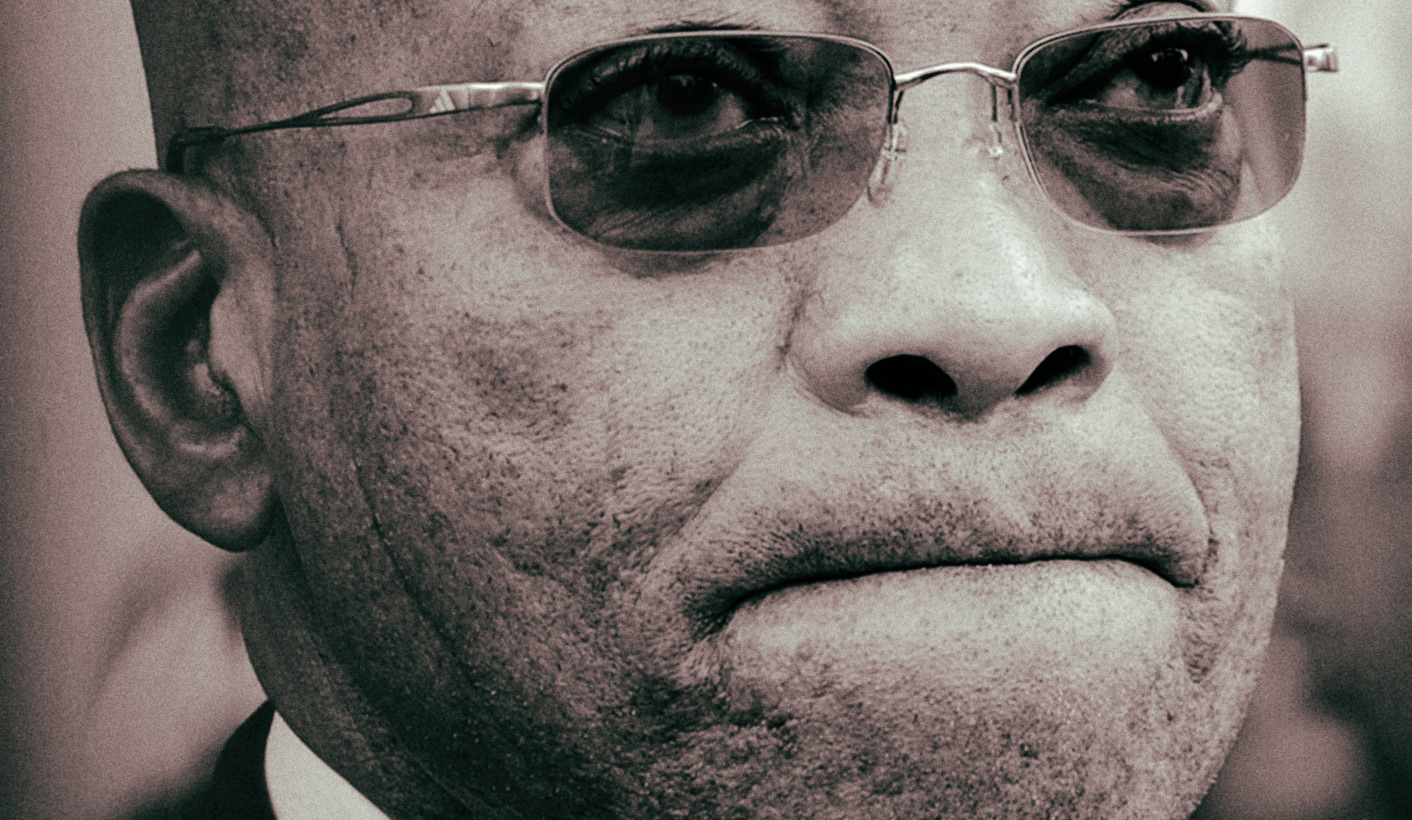 It took less than six hours on Wednesday for a final strategy to be mapped out in Parliament to end the political debacle over President Jacob Zuma’s exit from the Union Buildings. The national legislature and the political parties represented there took the high ground. In some ways the ANC’s hand was forced, but rather than a backroom political deal by Luthuli House, Parliament as the institution which elects the president was also the place to remove him. And it worked. By MARIANNE MERTEN.

A deceptively simple plan emerged in Parliament on Wednesday; a plan in which all the political and parliamentary procedural boxes were ticked.

On Thursday there would be an ANC-supported – though not the governing party’s own – motion of no confidence in President Jacob Zuma. On Friday morning there would be the election of a new president in the National Assembly, followed at 19:00 by the State of the Nation Address (SONA) delivered by the newly sworn in president. On Monday, the debate on SONA, followed the next day by the presidential reply. On 21 February, the Budget will be delivered.

If Zuma resigned as instructed by his political home, the ANC, only the no confidence motion would fall off. And that’s what happened just before 23:00 on Wednesday night when Zuma announced in a televised address to South Africa: “I have come to the decision to resign as the president of the Republic (of South Africa) with immediate effect. Even though I disagree with the decision of my organisation (ANC), I have been a disciplined member.”

In his 30-minute address, Zuma repeatedly emphasised the Constitution as South Africa’s supreme law, and Parliament as the place where presidents are elected and removed.

“I fear no motion of no confidence or impeachment for they are the lawful mechanisms for the people of this beautiful country to remove their presidents. I have served the people of South Africa to the best of my ability…. When I accepted the deployment I understood and undertook to subject myself to the supreme law to the land, the Constitution.”

It had taken 10 days of political wrangling to get to this point.

On Wednesday, within five-and-a-half hours, 10 days of uncertainty over President Jacob Zuma’s departure from the Union Buildings was blown out of the water. The ANC had reached gatvol level. Its parliamentary caucus met from 10:00 and was officially informed of the decision taken in the early hours of Tuesday morning by the ANC National Executive Committee (NEC), the party’s highest decision-making body between national conferences, to recall Zuma – and that if he had not done so by midnight on Wednesday, the ANC would remove him via a no confidence motion.

By that time, various discussions in parliamentary offices had explored various options because the EFF no confidence motion stood, and would have to be dealt with first, according to parliamentary practice. Given the ANC’s longstanding tradition that no other political party would set its agenda, it was politically vital for a face-saving process to be found. This emerged in a series of meetings by various ANC MPs, and also parliamentary officials and politicians, on Tuesday. The EFF’s no confidence motion could be changed, according to Parliament’s guide for procedure: “Amendments must be relevant to the motion, and may not introduce a new subject or extend the scope of the original motion.”

The ANC parliamentary caucus lasted just over an hour and then, some two hours later, National Assembly Speaker Baleka Mbete publicly confirmed she had moved forward the EFF motion, initially scheduled for 22 February. The programming committee met an hour or so later to confirm the schedule. By 15:30 it was done.

“The recall, most definitely official, is now being implemented by this institution (Parliament),” Mbete later told journalists.

Wednesday saw the third time in a week that Parliament had cleared its schedule to accommodate the ANC political debacle. On Tuesday last week, the SONA that had been planned for 8 February was postponed due “to create room for establishing a much more conducive political atmosphere”, then Wednesday morning’s programme was shifted around to clear the way for the special ANC parliamentary caucus. And space was made for Thursday’s special no confidence motion debate sitting.

By then Zuma had told the SABC in a meandering exclusive interview that he disagreed with his party’s decision to recall him. “Nobody has provided me (with reasons)…. What have I done?… There’s noting I’ve done wrong,” said Zuma, emphasising an agreement that he would step down mid-year after the BRICS and African Union gatherings where he would have introduced ANC President Cyril Ramaphosa to other African leaders.

“I’ve not defied (the ANC). They’ve taken their decisions. They are taking me to Parliament (where) I was elected…”

Parliament’s programme committee on Wednesday afternoon emerged with unity of purpose across party-political lines, in a rare occasion when the political character of the national legislature coalesced into a common goal.

“The ANC would like the people of South Africa to stop their anxiety… We all of us need to move forward. Indeed, we would like Parliament to continue its business,” said ANC Chief Whip Jackson Mthembu at the programming committee chaired by Mbete.

Alongside ANC Treasurer-General Paul Mashatile, Mthembu earlier briefed journalists on the ANC parliamentary caucus. As the ANC NEC had decided to recall Zuma, that decision needed to be implemented.

“(Parliament) is the correct location – the president is elected by Parliament and removed here… People will see how it happens. It is very good for our Constitution and Parliament,” Steenhuisen said.

And IFP Chief Whip Narend Singh said the agreed process was the correct one.

“We find ourselves in a particular circumstance at a particular time. The way we intend to act is in the interest of 55 million South Africans, not for party-political purposes,” said Singh.

“It’s a good idea that it comes to us (MPs). And it’s a lesson in future they (the ANC) should listen to Parliament. They thought Zuma is like (Thabo) Mbeki. But now it created a crisis for them…,” said Holomisa.

Whether the debate goes ahead or not – and it depends on Zuma’s resignation – Holomisa told Daily Maverick: “He is gone.”

But a lot of background work is still required. A series of meetings unfolded at Parliament late on Wednesday afternoon as officials quickly moved to clear the path for a State of the Nation Address on Friday.

The car search marquee on one of the parliamentary parking areas, which was only taken down fully on Wednesday, would go up again on Thursday, blocking off the parking lot. And there is the logistical nightmare of SONA accreditation, guest and media arrangements, catering and security to organise in two days.

And the EFF and ANC were meeting to finalise the amendment to the EFF motion of no confidence. “We’ll listen to what the ANC is proposing. We are willing. It might just be language changes,” EFF Chief Whip Floyd Shivambu told Daily Maverick.

For the EFF the past days’ developments have been a feather in their political cap. On Monday, other opposition parties came out to publicly support moving their no confidence motion forward and, if the motion went ahead, Parliament’s record of sittings, Hansard, would reflect the motion in the EFF’s name – even if amended by the ANC.

If the no confidence motion were to be held – and ANC insiders said they had the numbers to ensure the necessary simple majority threshold is reached – Section 102 of the Constitution would require the president, Cabinet and deputy minister to resign.

Parliament would not be not affected, and would continue to be in session and be competent to act. The National Assembly would move on to elect a new president whose responsibility it would be to select a new Cabinet and deputy ministers.

But the ANC’s plan to have its president, who is now also South Africa’s acting president, Cyril Ramaphosa, elected in the House as the country’s president on Friday morning might still take some work, and schmoozing. It requires Chief Justice Mogoeng Mogoeng, or a judge delegated by him.

When approached about the Chief Justice’s availability, Mogoeng’s spokesperson Nathi Mncube referred Daily Maverick to Section 86 of the Constitution: “An election to fill a vacancy in the office of President must be held at a time and on a date determined by the Chief Justice, but no more than 30 days after the vacancy occurs.”

Until that’s nailed down, Parliament’s planned sitting for Friday morning to elect a new president is up in the air. That’s not to say it won’t happen, and it could well be that Ramaphosa as the ANC’s and South Africa’s president will be delivering a SONA to no doubt reiterate the new mood and renewal he spoke about at Sunday’s launch of the centenary celebrations of Nelson Mandela’s birth.

There are outstanding matters. Shortly after Zuma’s resignation speech ended on Wednesday night, it emerged that the Chief Justice was available for the election and swearing in of a new president, triggering speculation that Ramaphosa would be elected as early as Thursday.

Daily Maverick has confirmed that political parties were informed of the Chief Justice’s availability, but not of a potential rejig of the parliamentary programme to move the formal election of South Africa’s new president forward. These matters will be dealt with.

Zuma has resigned as president.