Zexit: Ramaphosa promises the NEC will see to ‘the matter’ on Monday 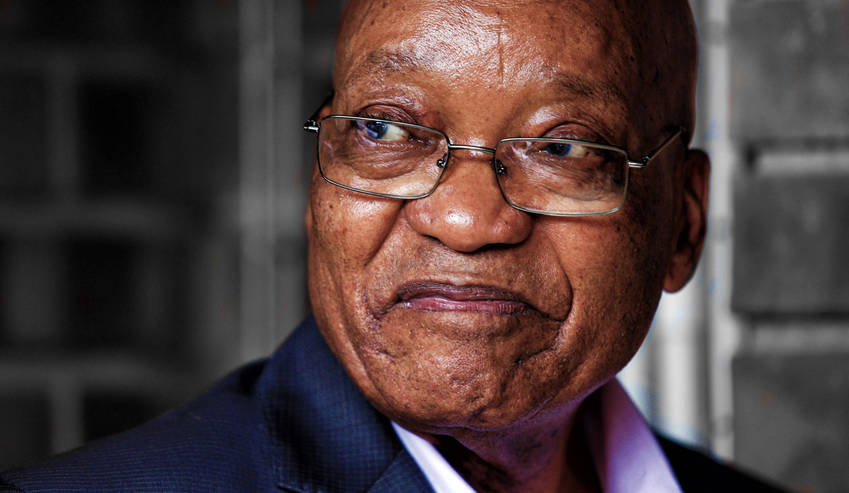 There must be finalisation and closure with regards to “the matter”, ANC code for the protracted discussions on President Jacob Zuma’s exit from the Union Buildings. The ANC’s highest decision-making structure between national conferences, the National Executive Committee (NEC), meets on Monday in Pretoria and, speaking in Cape Town on the eve of that meeting, ANC President Cyril Ramaphosa said that “because our people want this to be finalised, the NEC will be doing precisely that”. By MARIANNE MERTEN.

Twenty-eight years ago, a younger and bearded Cyril Ramaphosa, then ANC secretary-general, held the microphone to Nelson Mandela speaking his first public words after his release from jail on 11 February 1990.

On Sunday to the day, and in a carefully stage-managed move, also exactly to the time – 15:00 – Ramaphosa, now president of the governing party, took to the microphone himself. The messaging? Unity, renewal and a return to common values binding all South Africans in honour of Nelson Mandela.

“As we emerge from a period of difficulty, a period of disunity and discord, this centenary year of Nelson Mandela offers us a new beginning,” said Ramaphosa. “How can we renew and rebuild our country? …  It offers us an opportunity to restore to our national life the values and principles for which he so firmly stood. It offers us an opportunity to return our struggle to the path along which Nelson Mandela led us.”

Nothing can be taken away from the historic and political significance and value of the day Madiba was release from jail, and the start of negotiations to ensure South Africa’s 1994 transition to democracy. But in the game of politics, Ramaphosa channelling Madiba is strategy and a tactic that could not have come at a better time.

Last week was rough for the ANC, Ramaphosa and South Africa amid the question “Will Zuma go? Or won’t he.” Speculation on a deal was in overdrive as word emerged that last Sunday’s request by ANC officials was dismissed by Zuma in their meeting; ratcheting through the ANC structures, a special ANC NEC was first called for Wednesday, but then postponed following “fruitful and conducive” discussions between Ramaphosa and Zuma.

Also postponed was the State of the Nation Address (SONA) although last Thursday’s ANC parliamentary caucus went ahead as Ramaphosa, in shirtsleeves, updated MPs, sticking to the script of constructive discussions as per his earlier public media statement.

Co-incidentally, that statement hit pretty much the same notes as the Sunday address: “This is a challenging time for our country. Both President Zuma and myself are aware that our people want and deserve closure. The constructive process we have embarked on offers the greatest opportunity to conclude this matter without discord or division. Throughout this process, I am guided by the principle that the interests and needs of the South African people are paramount.”

That something was up emerged on Friday when the ANC top officials cancelled their programme to whip up support for Sunday’s anniversary of Madiba’s release – it marked the start of ANC centenary celebrations of Mandela’s birth – as word emerged that further meetings are scheduled. And then on Sunday morning it emerged that an urgent meeting of the ANC NEC had been called for Monday.

And for Ramaphosa it was back to the unity and renewal script, following in the footsteps of the example set by Madiba for whom the “necessary condition of unity of South Africa was the unity of the ANC”.

The balcony of Cape Town’s City Hall on the Grand Parade was where Mandela made his first speech on his release, and 28 years later Ramaphosa was on the same spot, against the backdrop of banners featuring Madiba’s face. This was the place chosen to make an announcement on Zexit, or Zuma’s departure from the Union Buildings. The political visuals all stacked up.

And so Ramaphosa acknowledged the tensions, anxiety and speculation of the past week, without mentioning names. The ANC NEC would deal with the “matter”, he said to cheers and applause from the more than 6,000 people gathered on the Grand Parade. “I say this, comrades, because you want this matter to be finalised. We know you want closure on this matter. As you do want closure, we will be doing so keeping our eyes on what is in the interest of all our people and the nation.”

It’s part of the golden thread that ran through Ramaphosa’s address – a “new mood”, renewal, unity, economic growth, pro-poor policies such as the national minimum wage. And the fight against corruption – and, not least, State Capture.

While the crowd was nowhere near that of the historic day 28 years ago, the ANC pulled out all the stops. Party T-shirts featuring Ramaphosa’s face were all around as several vendors set up stalls to sell party hats, dresses and other regalia. It wasn’t quite without hiccups. One ANC supporter decked out in party regalia was turned away at the security check – it was a case of ditch the half drunk bottle of Viceroy brandy or forfeit entrance, and the woman chose to walk away. Perhaps more worryingly was that buses to bring supporters from Stellenbosch were blockaded by taxis in that town, as Daily Maverick was reliably informed.

But then again, all that might be chump change when compared to Ramaphosa’s anecdote about how Mandela was thought to have been lost on route to Cape Town from Victor Verster Prison near Paarl. Trevor Manuel, then member of the national reception committee who went on to become finance minister, was the “chief chauffeur” leading Mandela’s convoy.

“Nelson Mandela got lost… He disappeared into some side road and we were panicking,” recounted Ramaphosa. In the end it all turned out okay, and Mandela’s address from the balcony of Cape Town’s city hall made history.

What happens at Monday’s ANC NEC meeting, and the repercussions, remains to be seen. DM