ANC briefing on Zexit: Two certainties and one very big elephant in the room 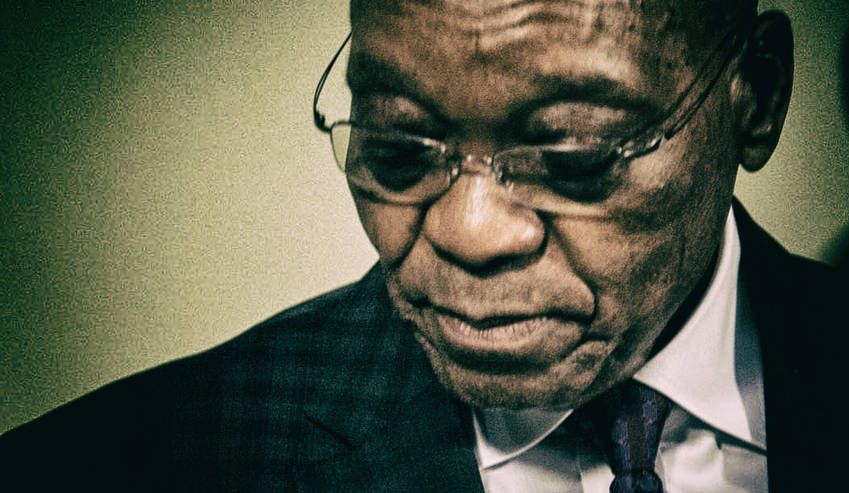 Two things are certain: ANC president Cyril Ramaphosa will take over the Presidency of the country once Jacob Zuma steps down, and Zuma has agreed to do so. One massively big elephant remains in the room, however, and that is: when exactly will Zuma go? By CARIEN DU PLESSIS.

ANC secretary general Ace Magashule was given the unenviable task of delivering two messages: one to President Jacob Zuma from the national executive committee meeting, on their resolution that he should go, and the other was the message to the media, about Zuma’s recall.

“It is about aligning behind the new leader,” Magashule explained when asked if it was a difficult task for him, given his long-standing loyalty to Zuma, and given even his recent defence of Zuma (and that supposed slip on the clip widely circulated on social media when he still called Zuma ANC president).

Magashule confirmed most of what had been reported, that the National Executive Council (NEC), in its 13-hour meeting on Monday, agreed that Zuma should step down, and that there were disagreements about time lines. Zuma had wanted three to six months for a handover period; the ANC had wanted him gone already.

There was also a hint from Zuma’s side that a sudden recall would cause trouble in the ANC – something some, like the SA Communist Party, would read as a threat of destabilisation along ethnic lines.

There was, however, no deadline as had been reported, because of this time line issue. “When we (the NEC) recall our deployee, we really expect him to do what our organisation expects him to do,” he said.

Despite this, Magashule said the party was expecting Zuma to reply to its letter ordering his resignation by tomorrow, but he couldn’t say what would happen if Zuma did not.

He also coyly shied away from questions on a possible motion of no confidence in Zuma, even as there were indications that the party’s caucus and Parliament could be preparing for such – or discussions on such – on Wednesday. A meeting of chief whips was moved earlier in the day, a special ANC caucus meeting was called, and parliamentary committee business was moved to later in the day.

As for the reasons given to Zuma to go? The call for his resignation was not “because Jacob Zuma has done anything wrong,” Magashule said.

Whether the rest of the NEC and the country’s judiciary would agree with him on this one is unclear, but seeing that Zuma has always insisted that he didn’t do anything wrong, at least the NEC is speaking his language.

“We decided as an organisation that in terms of our constitution there is the president of the ANC now, and I’ve already talked about this matter of making sure that we align, and consciously we said Comrade Ramaphosa must become the president of the ANC of the NEC, and therefore if there will be (a State of the Nation Address) which we want to happen – remember it’s not a constitutional requirement – but if Sona will be there, it will be addressed by Comrade Cyril Ramaphosa.”

It’s a bit fudged, but in essence, what Magashule is saying here is that the ANC is recalling Zuma because it wants the president of the ANC to be the same as the country. This is only a half-truth.

In the NEC meeting arguments were advanced about the state of the economy, the state of society in general, and about election losses under Zuma.

An NEC member who attended Monday’s meeting said the party wanted more decisive leadership in the country, and better services. “For a long time under Zuma, the state was mismanaged and its service delivery capacity was eroded,” he said. “Most departments were identified for State Capture, and that in itself is a big reason.”

This rather sensitive matter was only hinted at in the official statement: “The National Executive Committee firmly believes that this situation requires us to act with urgency in order to steer our country towards greater levels of unity, renewal and hope. We are determined to restore the integrity of the public institutions, create political stability and urgent economic recovery.”

There was also quoting of the section of the ANC’s constitution under which the NEC would recall him – perhaps in case Zuma engages in his favourite sport of running to the courts on this one. The NEC has reportedly already consulted its own lawyers on this.

According to the NEC statement, the leadership body “noted that South Africa is going through a period of uncertainty and anxiety as a result of the unresolved matter of transition” and that this was already eroding “the renewed hope and confidence among South Africans since the 54th National Conference of the ANC”.

The NEC’s message now that South Africans would just have to wait a little bit longer is unlikely to work in a positive way. DM