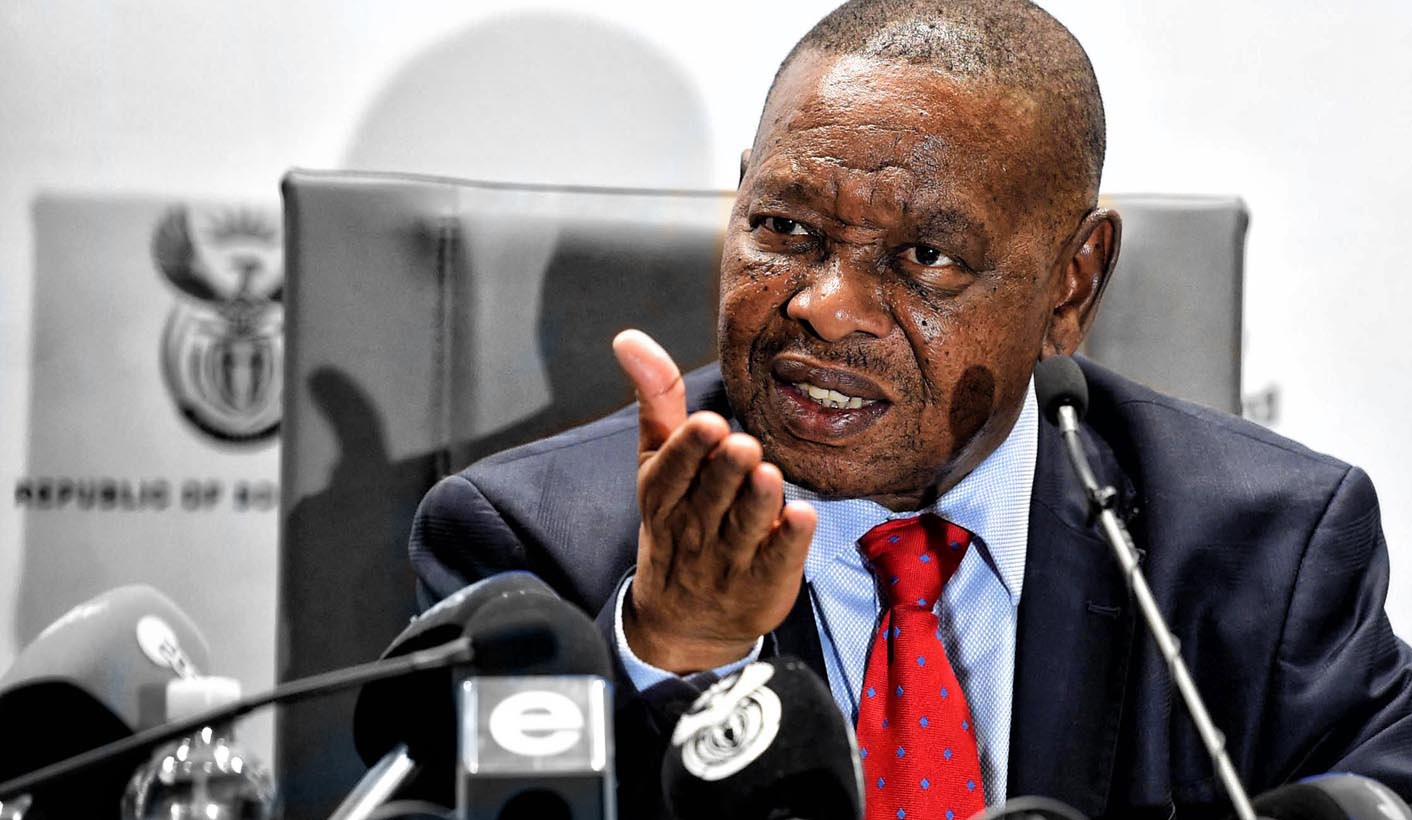 President Jacob Zuma is on the ropes, with all signs suggesting he is on the way out. The South African Communist Party on Tuesday warned that he is willing to take drastic, even violent, actions to stay in power, but it appears Zuma might have acceded to requests to step down. By GREG NICOLSON.

Late on Tuesday evening the ANC announced that its National Executive Committee (NEC) meeting, set to discuss President Jacob Zuma’s fate, had been cancelled. Zuma was expected to be recalled as president at the meeting and speculation continues over why it was cancelled and whether he might have decided to resign or was employing other measures to hang on to the leadership of the republic.

The SACP on Tuesday said it had heard that Zuma had engaged the Amabutho – Zulu regiments akin to military defence brigades – to prolong his stay in office as he is being pressured to resign as the country’s president after Cyril Ramaphosa won the ANC presidency in December.

“President Zuma’s conduct is reckless and unacceptable. The SACP is calling on all South Africans to unite in defence of our country and not allow him to go down with our hard-won democracy,” said an SACP statement.

The ANC has tried to get Zuma to resign since Ramaphosa was elected, but the president has reportedly claimed he has rectified his mistakes and is still loved by South Africans. His resignation appeared imminent on Tuesday after he agreed to postpone the State of the Nation Address (SONA), set for Thursday, after opposition parties complained to the Speaker of the National Assembly.

The SACP, which is still an ANC alliance partner despite its decision to contest elections independently, also claimed that Zuma wants to fire Ramaphosa as South Africa’s deputy president and appoint his chosen successor, Nkosazana Dlamini Zuma, in his place.

“The allegations reported in the media that President Jacob Zuma wishes to fire Deputy President Cyril Ramaphosa and replace him with Dr Nkosazana Dlamini Zuma are preposterous and outrageous.”

He continued, “The allegations of ethnic mobilisation by the president are equally without merit.”

“SACP condemns ethnic mobilisation [and] challenges President Zuma to deny or confirm emerging information that, in pursuit of private interests, he is preparing to fire Deputy President Cyril Ramaphosa,” said the party’s statement. “The SACP calls upon the whole of our movement, as well as South Africans in general, to reject regressive forms of mobilisation and abuse of state power to try and manipulate and further polarise internal ANC and alliance politics.”

SACP spokesperson Alex Mashilo would not reveal where the party had heard that Zuma wanted to mobilise Amabutho or the claim that the president planned to fire Ramaphosa, but he said their sources were valid enough to make the party confident enough to release a press statement.

“President Zuma has been engaged in ethnic mobilisation. This is very dangerous for our nation,” said Mashilo. “Anything could happen.”

The SACP has challenged Zuma to respond to claims that he wants to replace Ramaphosa and mobilise the Amabutho in his defence.

One of the reasons the ANC has been cautious of removing Zuma is that it could harm the party’s electoral chances in KwaZulu-Natal come 2019. According to reports, Zulu King Goodwill Zwelithini allegedly requested Zuma to “quietly” step down during a meeting on Monday.

The ANC’s National Working Committee (NWC) decided to take the issue of Zuma’s future to a special meeting of the NEC on Wednesday. The president’s fate is likely to be decided in that meeting, but it’s unclear whether his supporters’ arguments for him to stay on and resign at a later date will succeed, or whether calls from the Ramaphosa camp will win the day.

Some of Zuma’s key supporters have been quiet recently, moving calls for the president to stay to the fringes. On Tuesday, a group of supposed Umkhonto weSizwe Military Veterans Association (MKMVA) members addressed the media, claiming Ramaphosa had tried to poison Zuma and should be charged with attempted murder.

They claimed they wanted a credible ANC leader, but their motivation appeared obvious – to discredit Ramaphosa to the benefit of Zuma. But even Kebby Maphatsoe, MKMVA president and one of Zuma’s most outlandish supporters in the past, distanced himself from their comments and said he would support the elected ANC president.

A number of ANC supporters attended the rogue MKMVA press conference, where the speakers said they would lay down their lives to prevent Ramaphosa from leading the ANC. (Ramaphosa could easily sue them for their claims, but it’s likely he has more important things to do.). The same ANC supporters were also seen at Luthuli House on Monday with the #HandsOffZuma camp, as others gathered, calling for Zuma’s removal.

Fewer and fewer supporters are publicly backing Zuma. Outside the ANC headquarters on Monday, it was Black First Land First and other fringe groups who came to the president’s defence as ANC members called for his removal. ANC Secretary-General Ace Magashule and his deputy Jessie Duarte have shown their pro-Zuma hands in public, but the president’s key ANC defenders who vociferously backed him in 2017 have mostly stayed quiet.

The few allies Zuma has left, who speak publicly, are not even ANC members and are most likely paid protesters. Who is paying them, we don’t know, such is the web of corruption that has thrived under Zuma’s administration.

The SACP’s claim that Zuma is mobilising quasi-military Zulu units is outlandish, but for a man who could go to jail if he is removed, for one who continues to believe he is right, despite his obvious faults, nothing is beyond question. DM