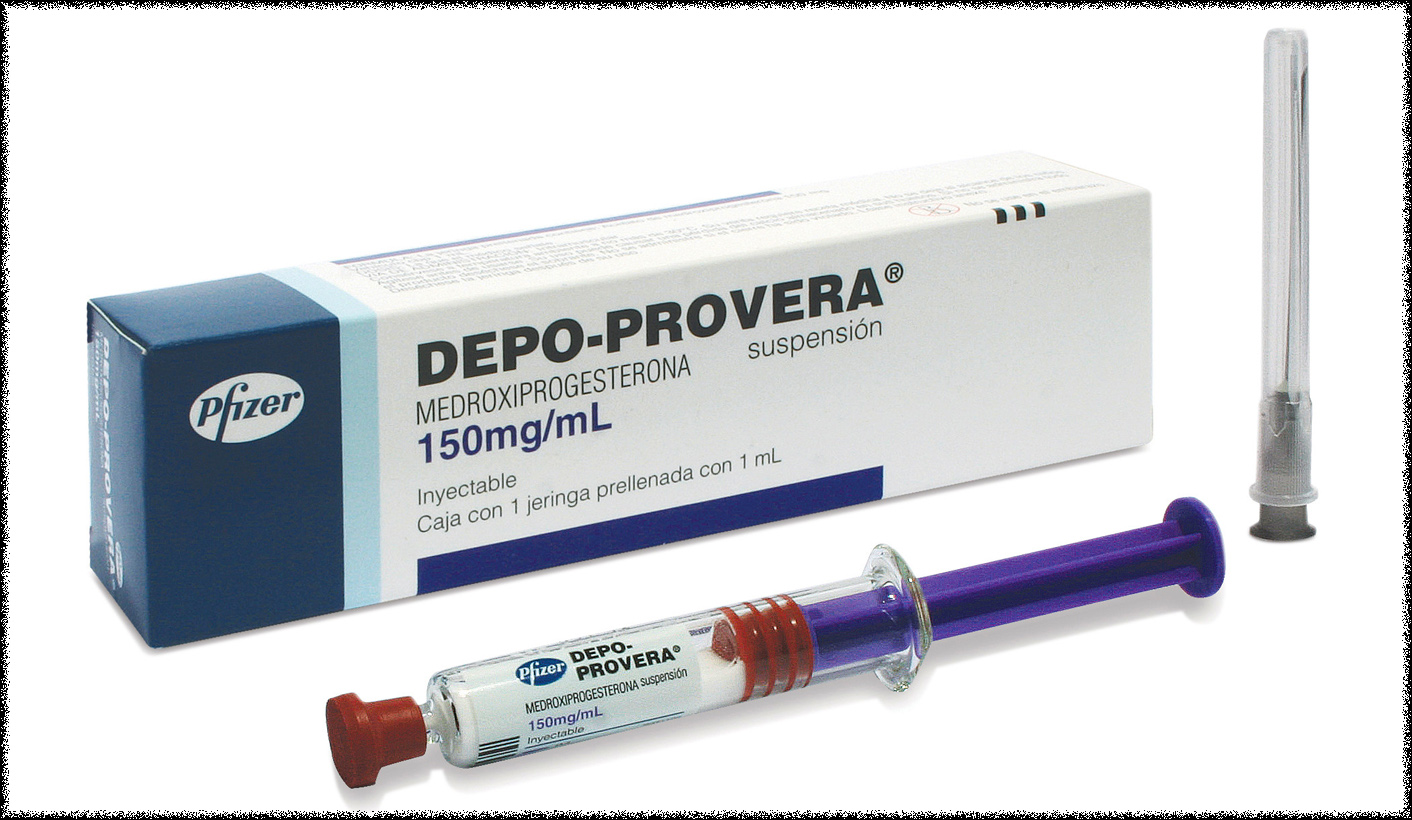 The apartheid-era practices of injecting women with a controversial contraceptive called Depo-Provera without their consent, is persisting today, according to multiple reports from activists, health workers and women who use public health. HEALTH-E’s Amy Green reports.

Last August, Ziyanda Xhelo* chose to have an abortion. But the 35-year-old mother of two did not choose to be injected with an unknown drug.

“When (the procedure) was finished the nurse told me to come this side and she gave me an injection in my arm,” she told Health-e News from her home in Khayelitsha near Cape Town. Xhelo said she didn’t suspect anything untoward at the time, assuming it was a routine injection, perhaps an antibiotic to prevent infections that could occur after the minor surgery. But three months later, when she went to her local clinic on the referral of the hospital for what she thought was a routine post-termination check-up, she found out she had been given an injectable contraceptive and it was time for her new shot.

“I was shocked because the nurse didn’t tell me. She said nothing, nothing nothing. I was angry. Ask me first, don’t just do,” she said.

This did not happen in a far-flung area, or a lonely rural clinic, where archaic practices might be expected to be more common. This happened in one the country’s most renowned academic teaching hospitals.

This happened 24 weeks ago, yet Xhelo’s experience echoes the experiences of so many thousands of black women who were treated with the same level of inhumanity and indifference under apartheid, when they were injected with a drug that has largely been spurned by the Western world without being asked for consent.

Most disturbingly, this is not a rare occurrence as Health-e confirmed with a number of health workers, activists and women using the public health sector.

Pfizer’s Depo Medroxyprogesterone acetate, commonly known as Depo-Provera, is a contraceptive injection given every three months which was introduced in South Africa in the 1970s and largely given to black women as part of the apartheid government’s population control agenda.

Multiple reports and research papers tell of how women were either forced to accept the drug or were given it without their knowledge, especially after giving birth. In democratic South Africa, there are laws requiring informed consent exist aimed at protecting women’s autonomy over their own bodies. But the practice of injecting women with Depo-Provera without proper informed consent – especially those who are poor, black and using the public health sector – is still happening, especially after an abortion or birth.

“It is happening right now. Today,” said Dr Tlaleng Mofokeng, one of the country’s most vocal sexual reproductive health rights experts and activists. “Our society never cared about black women in the past and still doesn’t.”

Mofokeng, who runs a reproductive clinic in Johannesburg and is a founding member of the Sexual and Reproductive Justice Coalition, said that while the country may no longer be politically ruled by a white minority the health system is “still an apartheid system and not much has changed”.

But Dr Yogan Pillay, Deputy Director General at the National Department of Health, said that his office has received no reports that this practice is still happening.

“It’s absolutely wrong and any patient who is not provided with information they need to make a decision must be encouraged to report it to us,” said Pillay, who is responsible for HIV, tuberculosis and maternal and child health

There are “many possible ways” to report facilities and health workers, he said, including the HIV helpline, the office of the Health Ombudsman and through the free SMS-based service offered by the department MomConnect. He said out of 1,493 complaints received from mothers since August 2014, none have been about contraception provision without consent.

Although Xhelo knew what had been done to her was wrong, she did not realise it was unlawful and the pressures of survival and providing for her family while unemployed soon overshadowed her anger. Not every woman has the time, energy, resources or knowledge to complain about their experiences.

Tlaleng said that many women give consent superficially, after being asked to sign a form but without being told what it is for. This happens without the necessary conversations around the risks of the drug which have been known for decades. The most serious risk is a loss of bone-density, which is why Depo-Provera can only be prescribed for a maximum of two years in the United States and comes with a black-box warning, which is required by the Federal Drug Administration for drugs that can cause severe side-effects.

Worryingly for South Africans, there is mounting evidence that women using Depo-Provera have an increased risk of contracting HIV. The first review to collate all the existing research on the link between the Depo-Provera and HIV was published in January by the medical journal, Endocrine Reviews and while a causal link is disputed in the scientific community, the evidence is mounting. Some research suggests Depo-Provera can increase one’s chances of contracting HIV by as much as 40%.

Red flags about this were raised as far back as the early 1990s but almost three decades later, the scientific community is still debating whether the link is directly causal or not. There have been criticisms about the quality of the evidence to date which prompted the launch of a randomised trial, termed the ECHO trial, that is comparing Depo-Provera to two other forms of female birth control in relation to HIV risk.

But Professor Janet Hapgood, a molecular endocrinologist from the University of Cape Town, said that evidence besides clinical studies should be considered in helping us interpret the clinical data, especially in South Africa, where HIV has long been our dominant public health concern.

“Due to potential confounding factors and study design, even the randomised ECHO clinical trial will not tell us the absolute risk for HIV infection, and may not even give us a conclusive answer on the relative risk compared to other methods. That would not mean the risk does not exist – the mounting evidence should not be ignored while we wait for conclusive evidence that may or may not arrive,” said Hapgood.

Hapgood is the lead author on the recent Endocrine Reviews study and explained that Depo-Provera acts like the steroid hormone cortisol, which lowers a person’s immunity. This has been one of the hypotheses about why the link to HIV exists: a weakened immune system in the genital tract may enable the virus to establish infection more easily, she said. Another explanation is that the drug changes the permeability of the protective barrier of cells lining the female genital tract – making the barrier more permeable to any viral infection, including HIV.

The 2015 United Nations report on global contraception use showed that injectable contraception was most widely-used in Southern Africa, Eastern Africa and South-Eastern Asia.

In contrast, injectables are hardly used at all in Europe and North America. Women in these regions predominantly use oral contraceptives, known as the pill, or the intrauterine device (IUD) – both of which have not been linked to increased HIV risk.

Marion Stevens, who heads the Sexual and Reproductive Justice Coalition, said that it is generally accepted that the risks of Depo-Provera outweigh the benefits in these settings.

But in sub-Saharan Africa, more than 40 percent of women using contraception use Depo-Provera. This is also the region with the highest rate of new HIV infections in the world, especially among young women.

When asked if the health department planned to revise its policies on Depo-Provera use in light of the possible HIV risk and the other serious side-effects, Pillay said the department was convening a local consultation later this month to decide what to do.

“We will also be awaiting the ECHO study results at the end of this year, which will help us make decisions,” he said.

Pillay added that the health department was also planning to start promoting other forms of contraception more vigorously and have already begun to train more doctors and nurses on IUD insertion and removal.

Although Pillay said that the official health department policy on contraception promotes a “mixed” approach – where women are offered a number of contraception choices – activists say this is not the reality on the ground.

“In the public sector, by and large, your only choices are injectables or the three-year implant (known as Implanon) which has a host of problems of its own,” said Stevens. “Safer options like the IUD are just not available and there are very few health care workers trained in inserting and removing them.”

But Pillay said that, since 2014, almost 4,000 health workers had received contraceptive training, including on the IUD and the department planned to train 450 more by 2019.

Mofokeng said that this was long overdue: “Why are professionals not coming out of medical school already trained?” she asked. “And even if they are trained there are stock out issues at most facilities. They create a demand and then health care workers are unable to fulfil it because they don’t have the actual medication or devices.”

There are newer methods, such as copper beads, which are an alternative to the IUD, but Mofokeng said that the department had failed to keep updated on contraception research and issues of sexual reproductive health for women.

“The health system is not women-centred. The Department of Health only looks at women as mothers, as incubators. If you choose a different path from motherhood the system is not ready for you. They are not tackling abortion issues, issues of sexual pleasure. If you are not diseased or having a baby, the system does not cater for you,” she said.

White women in the West and those in South Africa, who have traditionally had more access to private health care, have been largely spared from side-effects and risks of Depo-Provera.

“Why, with all the evidence, is the department not jumping up and down on Depo-Provera? Racism, paternalism and capitalism still rule our health system. Unfortunately women’s bodies are political too. And we are the ones who continue to be oppressed. You can’t think you can carry on with the same system from decades ago and achieve different results,” said Mofokeng. DM

* Name has been changed

Why is the Judicial Service Commission not suspending John Hlophe?