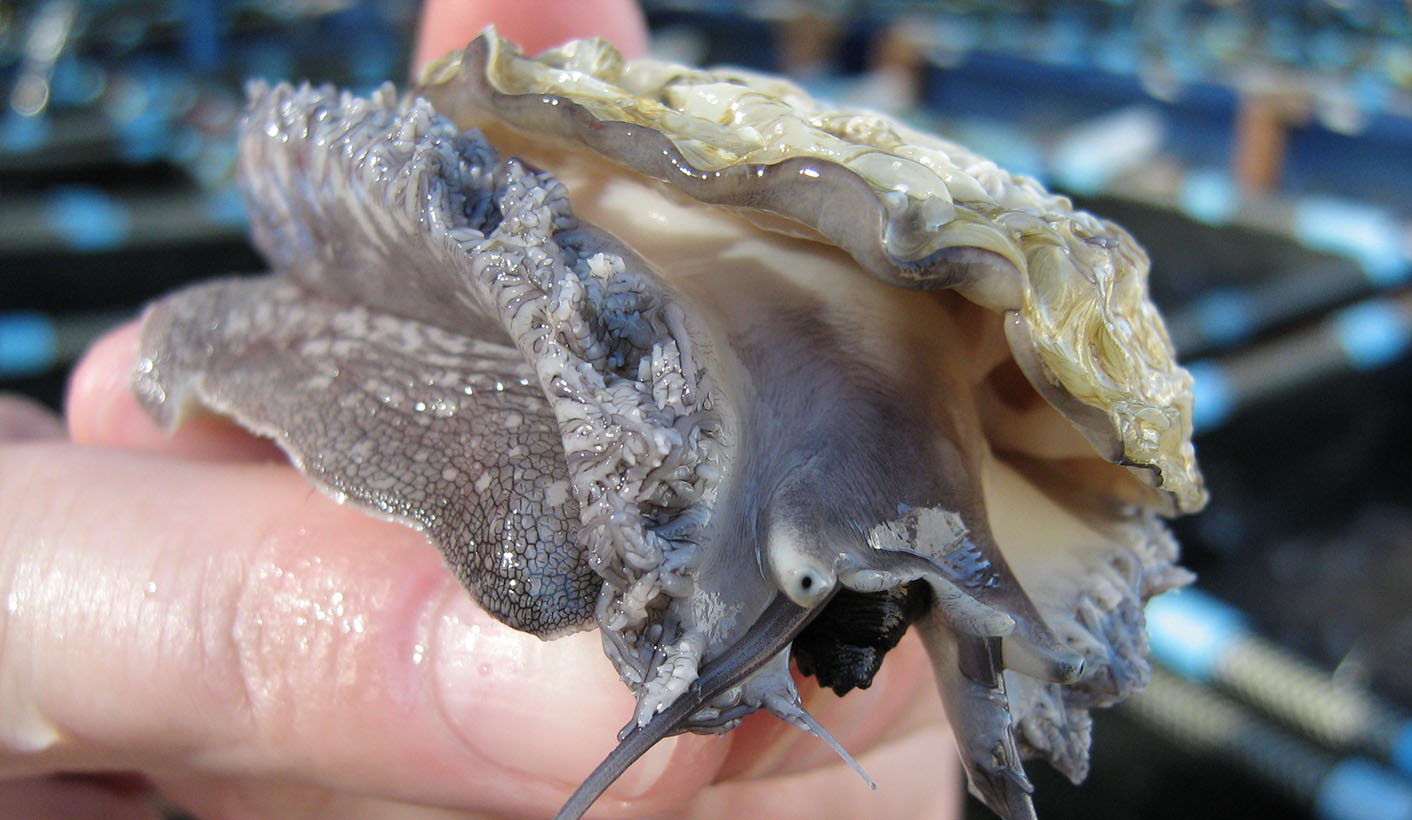 With Chinese New Year celebrations just around the corner, millions of people will be tucking into a mountain of tasty seafood delicacies very soon – much of it plucked illegally from South African marine waters. By TONY CARNIE.

A special investigation published on Friday concludes that nearly two-thirds of dried abalone shipments to Hong Kong are harvested illegally in South Africa, before being shifted via a complex variety of smuggling routes that snake northwards up the continent as far as Central and East Africa.

The South African abalone species, which looks a bit like a mushroom with furry edges, is one of several large sea snail varieties that have been popular in Cantonese cuisine since the Zhou dynasty (1122 to 256 BC).

A report published in Hong Kong by the global wildlife trade monitoring group TRAFFIC suggests that abalone (perlemoen) poaching in South Africa has escalated in recent years to the point where 65% of local abalone was illegally sourced and trafficked, compared to the 35% that was legally wild-caught or produced through aquaculture operations.

“Abalone is one of the most prized items in Cantonese cuisine—a must-have on celebratory banquet menus,” says Wilson Lau, author of the latest TRAFFIC assessment.

“Right now, in preparation for the upcoming Chinese New Year (16 February), millions of people are buying abalone in Hong Kong. Unfortunately, if it’s dried abalone from South Africa, it has most likely been poached and trafficked so by purchasing it, consumers run the risk of unwittingly supporting organised crime.”

He says Hong Kong residents are among the world’s biggest consumers of marine wildlife, having the second highest per capita seafood consumption rate in Asia, at 65.5kg of seafood per person per year.

And during festivals and banquets, abalone ranks among the top four marine “precious delicacies” – along with shark fins, sea cucumber and fish maw (dried swim bladders).

The TRAFFIC report suggests that the illegal harvest of abalone in South Africa has exceeded the legal harvest over the last 20 years, with criminal networks poaching and smuggling wild abalone to Hong Kong, mostly in dried form.

“In the past decade, efforts to protect the legal abalone fishery have been undermined by international underground criminal networks. After South Africa took a number of regulatory measures in 2007 and 2008 to protect crashing abalone populations, our report reveals that illicit trade routes shifted.”

Instead of mainly exporting poached abalone directly to Hong Kong, traffickers increasingly smuggle abalone to nearby African countries, such as Mozambique and Zimbabwe, before re-exporting the product. In some cases, abalone is moved as far north as Kenya and the Democratic Republic of Congo before moving east to Hong Kong.

TRAFFIC says this picture changed dramatically in 2008, when only 29% of dried abalone from Africa was sourced from South Africa, with a parallel increase in imports from other African countries.

A recent study by United Nations University Fisheries Training Programme describes South Africa’s abalone fishery as one of the country’s most valuable fisheries, per unit of harvest. In 2008, abalone made up more than 80% of the total income of national aquaculture.

However, Lau warns that the current levels of illegal abalone poaching have serious implications for the sustainability of the legal South African fishery.

To reduce the threat of poaching and trafficking, the report offers nine recommendations for governments, legal producers, conservation groups and the donor community to take action.

The recommendations include re-listing dried South African abalone under Appendix lll of Convention on International Trade in Endangered Species (Cites).

In an effort to curb poaching and unsustainable harvests, all local abalone stocks were previously listed under the same Cites trade appendix by South Africa in 2007 – but then removed in 2010.

To address some of these concerns, TRAFFIC has proposed that only dried abalone (not live or frozen abalone) be re-listed under Cites – and that South Africa co-operate closely with Hong Kong and other abalone importing countries to ensure a comprehensive implementation process.

The South African Department of Environmental Affairs and the Department of Agriculture, Forestry and Fisheries were invited to comment on the new proposals earlier this week, but no responses have been received so far.

The SA National Biodiversity Institute says abalone has a very slow growth rate, making these sea snails vulnerable to the impacts of over-harvesting.

A study by University of Cape Town researcher Dr Serge Raemaekers in 2011 concluded that there was a need revisit South Africa’s abalone fishery management policy that would take more account of complex biological, socio-political and economic factors.

He also found that the new black market trade had positioned South Africa as one of the largest exporters of wild abalone.

“Political will, from both the state and the coastal communities, has yet to converge, but may be the most significant challenge to the potential re-opening of a viable fishery.”

The latest TRAFFIC report echoes these concerns, noting that despite attempts in South Africa to regulate the abalone trade – and some success in confiscating poached abalone and arresting poachers and traffickers – the smuggling of illegally-sourced abalone has continued unabated.

The report says the rapid rise in affluence in Asia over the past few decades has led to a corresponding increase in consumer appetite for dried seafood products such as imported abalone. This Asia-led demand had driven up prices for abalone, creating an unparalleled opportunity in South Africa to profit through the abalone trade.

“Consequently, it has attracted a variety of people and businesses into the sector, including the involvement of small-scale fishers, but also organized criminal syndicates undertaking illegal operations to poach and smuggle abalone to markets in Asia.”

Advances in communications, transportation and logistics networks had also created an easy means to reach suppliers and traders across continents, bridging the vast distances but also facilitating the flow of illegally-sourced abalone.

In spite of the large volumes of abalone that are imported into Hong Kong, TRAFFIC says there are virtually no regulatory controls on the abalone trade and no laws preventing abalone poached in South Africa from being in Hong Kong. Although abalone poaching is illegal in South Africa, poached abalone can lawfully be traded in Hong Kong as long as the correct import documentation is declared, which creates a significant law enforcement challenge for this cross-continental trade.

“South African abalone is not protected in Hong Kong law, meaning that there is no course of legal or enforcement action available to block the sale of poached abalone once the product reaches the market. This could be easily resolved with a Cites listing,” says Markus Burgener of TRAFFIC.

For now, however, Hong Kong authorities simply do not have the mandate to treat poached abalone as illegal within the territory. DM