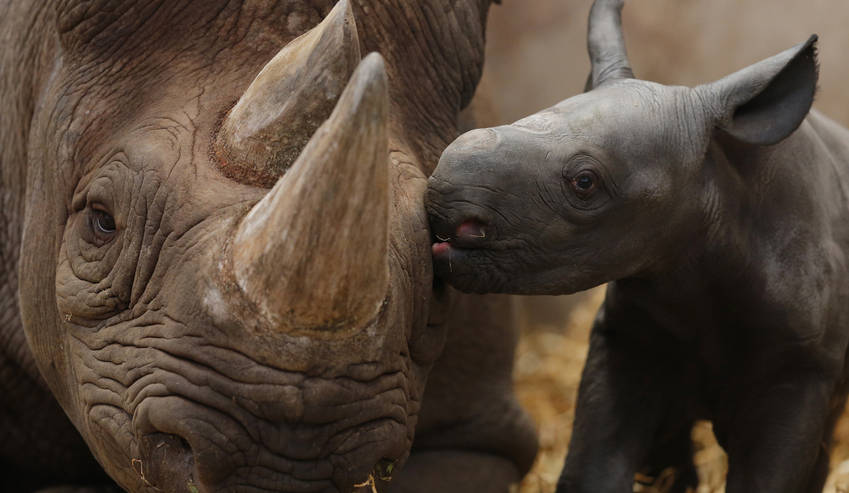 Kruger National Park in Mpumalanga has seen a decrease in the number of poaching activities with a total of 2,662 in 2017, down from the 2,883 poaching incidents in 2016. The same can’t be said for other provinces. By ORATENG LEPODISE.

Progress is being made against rhino poaching in South Africa but the alleged involvement of officials may be hampering efforts.

On Thursday, Minister of Environmental Affairs Edna Molewa revealed that 404 rhinos were poached in the Kruger Park in 2017, but that this was 24% fewer than the 662 poached in 2016.

Molewa said smugglers were coming up with new ways and methods to process horn and smuggle it out of the country.

“Despite these trends, law enforcement authorities continue to step up their detection activities,” Molewa said while stopping short of describing what these trends were.

Worryingly, of those arrested last year, 21 were police officers, environmental monitors, SANDF members and Correctional Services officials. Molewa said SANParks has instituted a programme of integrity testing throughout the organisation to address this. In addition, the department has been working closely with the National Prosecuting Authority and the Directorate for Priority Crime Investigations (Hawks) to make sure that all cases involving poaching make it to trial and are successfully prosecuted.

According to Molewa, between 1 April and 31 December 2017, the Hawks arrested 16 level three to four (courier or local buyers and exporters) wildlife traffickers of SouthEast Asian, South African, Mozambican, Zimbabwean and Kenyan origin and confiscated 168.46kg. “Given the complexities of these syndicates, we regard this figure as a significant achievement,” she said.

In February 2017 two Taiwanese rhino horn traffickers were arrested by the Royal Swaziland Police after they were caught at OR Tambo International Airport making their way to Hong Kong via Swaziland. A total of 3,496kg of rhino horns were seized. The horns were linked to a rhino poaching incident at Balule Game Reserve in Hoedspruit. The two Taiwanese nationals have since been sentenced to 29 years in prison plus compensation.

“This means that over and above the sentences imposed, the accused were ordered to either replace the rhinos poached in South Africa or to compensate the owners of the animals to the full gazetted value in respect of each of the three rhinos,” explained Molewa. The men were also ordered to compensate the Swaziland government for the fourth rhino. Failure to do this would result in an additional four years’ imprisonment.

During 2017 there were eight seizures of rhino horns at OR Tambo International Airport. “This is occurring with increased frequency,” said Molewa.

There is a planned translocation of small group of black rhino to the Zakouma National Park in Chad later this year. According to Molewa this decision came after South African experts satisfied themselves that the park had the correct habitat, security and stability of management and infrastructure needed to care for the rhinos.

The minister is currently issuing permits relating to domestic rhino horn trade for seven provinces, while arrangements are being finalised for the remaining two provinces. DM