Op-Ed: Bracing for disaster, Capetonians can take deep breaths and save last drops of water 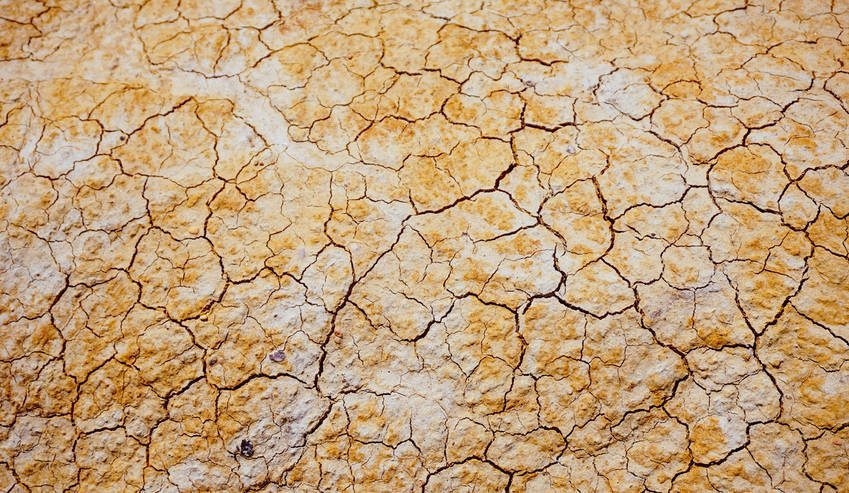 There’s been a dramatic change in tone regarding Cape Town’s water crisis. And with good reason. Frankly, it’s a little hard not to panic. But there’s not much we can do any more, except take a deep breath, save those last few drops, and prepare for the worst. By MARELISE VAN DER MERWE.

In the last few days, the conversation around Cape Town’s water crisis, at least in the media, has changed significantly in tone and urgency. Even our politicians, bless them, have taken steps towards acting decisively, as opposed to saying they will act decisively. (Well, thanks. Better late than never.)

This probably has something to do with the fact that Executive Mayor Patricia de Lille finally came out and said what many water researchers and other experts have been saying, both on and off the record, for months: the augmentation solutions, or lack thereof, are not going to get us out of this mess. They are simply not adequate. Whoever is to blame, we are running out of water and time.

Well, here we are. In the response to this change in tone, I’ve observed three main threads from citizens: panic, anger, and confusion over what ratepayers who are already trying their best to save water can do to save more. All of which, you’ll probably agree, is perfectly understandable.

But what, you might ask, are we supposed to actually do? The premier herself has come out and said, with an honesty I actually respect, that we simply don’t know how in the name of all that is watery we are going to manage distribution, in an orderly fashion (!), from 200 water points. Never mind contain an unprecedented local economic disaster and all that goes with it.

Well, the first step, I think – and we are getting there – is to face facts, whatever facts are applicable to our personal arena. This includes facing the fact of our justifiable anger. Capetonians, like many other citizens in many other areas, have been royally and catastrophically screwed. Who has done most of the screwing is a matter for extensive discussion: national government, provincial government, local government, Mother Nature, your neighbourhood water wasters or any combination of the above. We can and will have that discussion at leisure; we already have been. It is not going anywhere for the moment.

This means officials and politicians at their various levels of government will have to face the fact that they will – assuming they survive, politically and personally – have a great deal to answer to, and there will be no more room for ducking, diving, excuses, blame-shifting or general fuckery. (Or a “drought in leadership”, as the ever-eloquent Marianne Merten put it.) I was at the City Council meeting that saw Mayor Patricia De Lille stripped of some of her powers recently and it was a sight to behold: less solution-oriented than it was a ping-pong of playground insults and blame-shifting. In terms of leadership and steering, it was not unlike tossing a ball of wool into a locked room full of kittens and then telling everyone: “There are no more GPSes, just follow the cats to safety.”

The reservoir of citizen forgiveness, much like our literal dams and reservoirs, is now empty. The time for reputation management is long over. We all know hindsight is 20/20 and that decision-makers of all stripes have a deeply unenviable job, and nobody is saying this crisis is this one’s fault or that one’s fault exclusively. We know that climate change isn’t an exact science; we know budgets don’t fall out of the sky. But by the same token, nobody who has decision-making power has the luxury of being a sensitive flower right now. Stand up, be accountable for any failures that do belong to you, and do some heavy-duty damage control. Citizen opinion is no longer any more in your control than the weather. Deal with that.

By the same token, however, citizens are going to have to toughen up as well. When we say “long-term discussion”, that’s what we mean it will become. In the long term, the causes matter a great deal, because they point the way to potential solutions. In the short term, though, they matter less. Because where solutions are concerned, we have already missed the bus. We are now in crisis mode. Whether or not you approve of the mayor, she is right about one thing: the ability to shift the projected date of Day Zero lies to a large extent in citizens’ hands. Certainly the City, too, can do its bit to reduce consumption. But unfortunately for you and me, that’s out of our hands. One thing that can stop our taps running dry, at this late stage, is you, me, and everybody else who gives two hoots (and isn’t beholden to a giant, multi-tiered blame game) grabbing our big girl panties and preparing to do our business in a waterless compost bucket. It’s unfair, it’s infuriating, it’s arguably an avoidable situation that’s now landed in our laps, but it’s unfortunately also true. Whining and moaning is not going to make water.

This doesn’t mean citizens carry the blame. It just means the crisis is now our problem. As is the case, often, when catastrophe strikes. But there you are. There is, however, a positive side to this. It means we have some power. Even though there are perhaps hundreds of legitimate ratepayer bugbears flooding inboxes and social media every day, this does not change what you and I realistically have the most power over right now, right this minute.

Image: Predictions for Day Zero were this week brought forward to 12 April, 2018.

That’s anger. What about panic? Well, the biggest cost of taps running dry, as we well know by now, isn’t that we’ll have to live with little access to water come Day Zero, although that comes with its own set of problems. It is that, first, after Day Zero there will be the looming shadow of total water system failure. And second, that even if total water system failure is avoided, there will be a devastating impact on the economy, healthcare, tourism, and infrastructure, among other things. We’ve heard Premier Helen Zille stating, loudly and clearly, that this is a disaster of proportions last seen during World War II. We’ve heard the local department of health admitting that we are already facing a triple disease outbreak. We know that water will only be kept on in “essential service areas” such as hospitals; we know the CBD might be spared but there’s likely to be a massive shutdown in many other active business areas. We’ve observed disastrous delays in implementing punitive measures for delinquent water users. We have already seen the impact that the water crisis has had on our local politics to date. Frankly, it’s hard not to be a little tense.

Well, we can spend the weeks we have left doing two things to address that panic. First, we can save every drop of water humanly possible. (This includes applying public pressure regarding enforcement wherever we see water wastage.) And second, we can plan, as calmly as possible, for the worst-case scenario.

According to the Water for Africa Institute, the UN has listed 50 litres of water per person per day as the minimum benchmark amount required, but many residents across Africa live on as little as 20 litres per person per day, so the good news is our current water restrictions are not – by UN standards, anyway – cruel and unusual, and it’s possible to get by on even less. The WWF has helpfully stepped in to assist drought-weary citizens with a Wednesday Water File to help them stick to the restriction and prepare for Day Zero. This is a particularly nice touch, which we mention specifically as a hint for the R650k drought-related communications campaign led by former Democratic Alliance (DA) leader Tony Leon and communications director Nick Clelland. Each week’s Water File includes a “Bucket List” (sombre name, I know) of prep, being tasks citizens can undertake ahead of Day Zero. This week’s tasks include monitoring usage on your water meter; ensuring you have a minimum emergency supply of drinking water at home, and talking to neighbours, community groups and colleagues about plans for Day Zero and “how we are going to look after each other”. This last bit is particularly important, because chances are you have friends and neighbours who may need help, and conversely, you may find you live near a McGyver/Suzelle-inspired genius who knows how to build a water filter out of an old tyre and a piece of dental floss. (Joke. But you know what we mean.)

What else can you do? Well, start transitioning to a waterless lifestyle. Just because you may use 50 litres, you don’t actually have to. Many of Daily Maverick’s media colleagues, as well as social media groups, have dedicated pages to water-saving tips, so we won’t repeat them all here, but some include:

Then there’s preparation for Day Zero, which we still hope may not come, but is an increasingly likely prospect. Several enterprising folks who have gone “off grid” (but not so “off grid” that they have no internet) have unwittingly done Capetonians the favour of blogging about living without running water. Many tips are more applicable the more space one has, but can be adapted to smaller areas and on a common-sense basis. For example: You can use a solar camping shower bag even if you are not living on a smallholding! And in addition to an emergency water supply, also consider having a small supply of foods that won’t spoil in your home – and which don’t require water to prepare – in case a) you have no water and b) fewer shops are open and goods are limited. (But try not to buy up the entire supermarket stock now – remember, everyone still needs to do their shopping. You only need a little for emergencies.) Keep a first aid kit handy in case of bumps and bruises that may need cleaning. And if you have the luxury of being able to work flexibly, try to do make arrangements now, to reduce the impact if there are large-scale business closures or the city becomes chaotic.

Until then, breathe deeply. We’re in this together. It’s unfair. We don’t like it. We’re staring down a slow-motion catastrophe. But there’s not much we can do except stay calm, get whatever we can in order, and save every drop we have. Good luck. DM