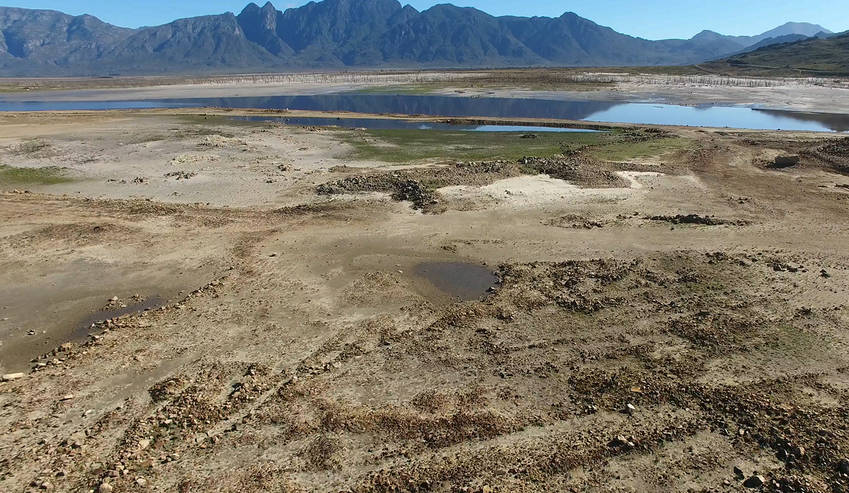 A special meeting of the Cape Town City Council on Friday left Executive Mayor Patricia de Lille - if you'll pardon the expression - high and dry. Despite De Lille having called the meeting, and her confident announcements on Thursday that she would be proceeding with her duties as per usual until further notice, the meeting laid bare ongoing deep divisions among both the province’s ruling DA and the City Council and a determination to strip her of her powers. By MARELISE VAN DER MERWE.

A tense special meeting of the Cape Town City Council on Friday, called by Executive Mayor Patricia de Lille, resulted in the stripping of her powers proposed by the DA Federal Executive on Sunday.

The meeting underlined deep fault lines exposed by the drought crisis – not only within the provincial ruling DA, but also the City Council.

On the agenda was discussion of the controversial drought levy, as well as the proposed punitive tariff for excessive water users. Before the meeting even started, however, ANC members staged a mass walk-out so as to avoid listening to De Lille’s address.

At the time of writing, ANC councillors had requested a caucus to discuss a proposal by Deputy Mayor Ian Neilson that would essentially implement the stripping of powers announced by the DA Federal Executive on Sunday – powers the mayor had said on Thursday she had been legally advised to keep executing, at least provisionally.

Among other things, the proposed amendment noted that the Executive Mayor’s powers must be adjusted in order to accommodate the sub-delegation of certain functions. The task team in charge of water would report to the Deputy Executive Mayor and Mayco Member for Informal Settlements, Water and Waste Services and Energy.

The proposal also included a suggestion that the Chief Resilience Officer – taken to be Craig Kesson, although he was not mentioned by name, only title – be replaced by Executive Director of Informal Settlements, Water and Waste, Dr Gisela Kaiser. Neilson also proposed that the Chief Resilience Officer be made to provide a detailed close-out report, as this would “bring greater openness around the availability of openness of information and that chief resilience officer provide a close-out report”.

At the time of writing, the council had yet to vote on both this proposal and the punitive tariff for excessive water users, which had also been discussed at length.

Update: it has since voted in favour of both the punitive water tariffs and the stripping of De Lille’s powers – the latter having been introduced as an amendment to the matter at hand, to the chagrin of some councillors, who argued that it had nothing to do with the punitive tariff.

Earlier, the Council voted in favour of a proposal by Councillor Johan van der Merwe to abandon the drought levy.

Earlier today, News24 reported that during a closed council session, Melissa Whitehead, senior transport head in the City of Cape Town, has been suspended as a result of the alleged covering up of irregularities in which embattled mayor Patricia De Lille is implicated.