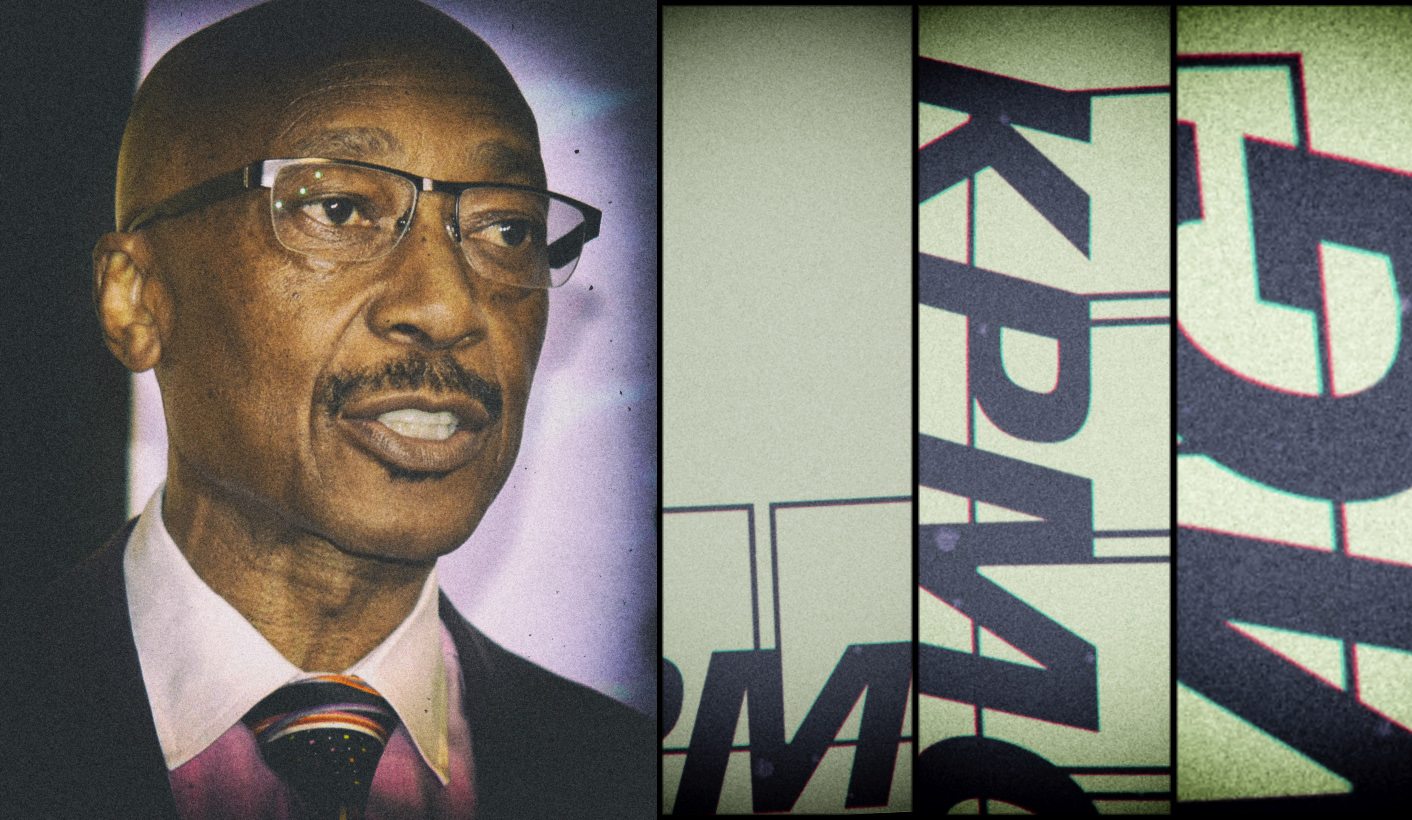 Two months after the South African Institute of Chartered Accountants and the Independent Regulatory Board for Auditors announced the establishment of an independent commission of inquiry, chaired by Advocate Dumisa Ntsebeza, into alleged misconduct by KPMG regarding work done for the Gupta family, and the controversial SARS “rogue” unit report, things appear to have ground to a halt. A key witness willing to testify has been left hanging by IRBA, SAICA, KPMG as well as the commission, who have not made any contact since November. By MARIANNE THAMM.

On 26 October 2017, Jillian Baily, Director Investigations for the Independent Regulatory Board for Auditors, wrote to former KPMG Auditor, Johan van der Walt, informing him that the board had received a complaint from SARS after KPMG International had suddenly announced it was withdrawing the findings and conclusions of the firm’s report into an alleged “rogue unit” in SARS, and which he had authored.

A month before, in September, John Veihmeyer, chair of KMPG International, had issued a public apology to the people of South Africa and had offered to repay the R23 million the firm had charged SARS to do the report. KPMG International also offered to repay a further R40 million, which it said it would donate to a non-profit organisation, and which represented the fees the Gupta family had paid KMPG SA.

In November the South African Institute of Chartered Accountants announced the establishment of the Independent Inquiry, chaired by Advocate Dumisa Ntsebeza, to investigate various allegations of misconduct and possible criminality by KMPG in its dealings with the Gupta family as well as in compiling the SARS report.

Soon afterwards, Van der Walt, who no longer works for KPMG, undertook to assist IRBA, SAICA and the commission, and expressed as much through his legal representative, Lourens van Staden.

While Van der Walt is not the focus of the SARS complaint (it is more about the terms of the contract with KPMG and who owns the report) he would need to access documents from his former employer with regard to the firm’s risk management procedures for the SARS report, which is also being investigated.

By now the inquiry, diced into four phases, should have at least completed phase one, which was due to occur from 2 to 30 November, and which was meant to be a call for and receipt of written submissions.

The second phase was due to take place from 15 December 2017 and 2 to 19 January 2018 for a review of submissions. Phase three, for the hearing of testimony, was scheduled from 22 January to 28 February and phase four, the review of testimony and recommendations by the inquiry, from 1 March 2018 to 30 April 2018. The Ntsebeza Inquiry was scheduled to complete work within five months from November 2017.

This week SAICA referred Daily Maverick to MMMG Attorneys, who were appointed as the secretariat to the inquiry and as instructing attorneys to the two Senior Advocates.

But instead of replying to questions as to why witnesses had not been contacted or why it appeared that inquiry had stalled, Shweshwe Masitenyane, of MMMG, informed Daily Maverick that the “the Inquiry requests that you assist”.

Masitenyana ordered Daily Maverick to provide the Inquiry with:

…“a complete set of the ‘Gupta Leaks’ thread of emails; a complete copy of the KPMG SARS report which you reference in your article published in the Daily Maverick on 13 March 2016 titled SARS Wars: KPMG report Compromised by Interference, Undeclared conflicts of Interest and Press Leaks; any other information held in your possession relating to any contraventions committed by members of SAICA employed at KPMG in the execution of their duties; the details of any persons identified by your organisation who worked on the above-mentioned audits, including any persons who might no longer be in the employ of KPMG.”

We have informed MMMG that we will not be doing their work for them. The KMPG report is available online and the Inquiry no doubt has a list of all the interested parties it needs to contact.

The peculiar response could be an indication that the Inquiry might not be aware of the gravity of the issues it is investigating or how to go about doing so. After all, the KPMG report into an alleged “rogue” unit had catastrophic consequences. Almost the entire top executive at the revenue service was purged as a result.

On 19 September 2017, Veihmeyer, chair of KMPG International, issued an apology to South Africans for “what went wrong in KPMG South Africa” in relation to work the company had performed for various Gupta-linked entities as well as in preparing a report for SARS. He also apologised personally to Pravin Gordhan, who was mercilessly hounded by Moyane and the HAWKS with regard to findings in the KPMG report.

Veihmeyer’s apology came just days after mass clean-up at KPMG South Africa, during which its top leadership, including CEO, Trevor Hoole, COO and Country Risk Partner, Steven Louw, as well as Chairman of the Board, Ahmed Jaffer, stepped down.

As for the SARS report, KMPG had this to say:

“We recognise and regret the impact this has had. KMPG South Africa had no political motivation or intent to mislead. The partner responsible is no longer with the firm. Given the failure to apply our own risk management and quality controls, that part of the report which refers to conclusions recommendations and legal opinions should no longer be relied on.”

The day after KPMG International made the dramatic announcement, a livid SARS Commissioner Tom Moyane called a press conference denouncing KPMG International for retracting the conclusions. Moyane said that KPMG had behaved in an “aberrant and unethical manner” in withdrawing the report “despite the existence of a service level agreement” between SARS and KPMG.

Moyane said that KPMG had “irrevocably and in perpetuity transferred, made over and assigned to SARS, all intellectual property rights and which SARS has accepted; and KPMG has waived all its moral rights conferred upon it as an author by the provision of Section 20 of the Copyright Act, 1978.”

SARS Chief Legal Officer, Refiloe Mokoena, lodged the complaint with IRBA against KPMG, Johan Van der Walt and another, Ulett Gibbon, who worked in the Forensic, Risk and Compliance division of KPMG at the time.

“SARS contends that KPMG Inc and its directors, KPMG Services and their employees listed above are guilty of improper conduct, based on the facts as set out,” said Mokoena in her affidavit.

A high-powered team was convened by SAICA to assist Advocate Ntsebeza and consists of Advocate Vuyani Ngalwana, Chair of the Johannesburg General Council of the Bar of South Africa and Pension Funds Adjudicator; Dr Claudelle van Eck, CEO of the Institute of Internal Auditors, member of the Exco of the Public Sector Auditing Committee Forum and Chair of the Unisa College of Accounting; Freeman Nomvalo, former Accountant-General at National Treasury and co-author of the Auditing Profession Act 26 of 2005, and Malcom Robert Johnston, Former Chair of the Johannesburg Stock Exchange.

This panel’s scope of inquiry includes investigating “the conduct of members of SAICA employed by KPMG during the relevant period and during various engagements with the public/and or private entities (including, but not limited to the South African Revenue Services SARS) and determine whether such conduct adhered to the provisions of the Code of Professional Conduct, standards and professional conduct and statutes that apply to auditors and the Constitution of the Republic”.

The panel has also been tasked with investigating whether auditors “in executing their clients’ mandate, maintained and adhered to the fundamental principles as encapsulated in the Code of Professional Conduct” and also whether “any endemic or systemic deficiencies in the KMPG risk management systems that eventuated instances of unprofessional conduct or reportable offences by members in the course of performing auditing, consulting and advisory work for their clients”.

While tumultuous political events have already overtaken and perhaps wiped out the memory of the significance of KMPG International’s retraction of the findings of the SARS report, the first flush of enthusiasm appears to have dissipated.

The damage to the reputation to KMPG and the severe body blows the international firm has weathered, however, most certainly, continue to affect how it does business in South Africa and abroad. It is peculiar, then, that an inquiry it has so championed after exposure of the firms’ dealings with the Guptas and SARS, should fizzle out so early in the game. DM