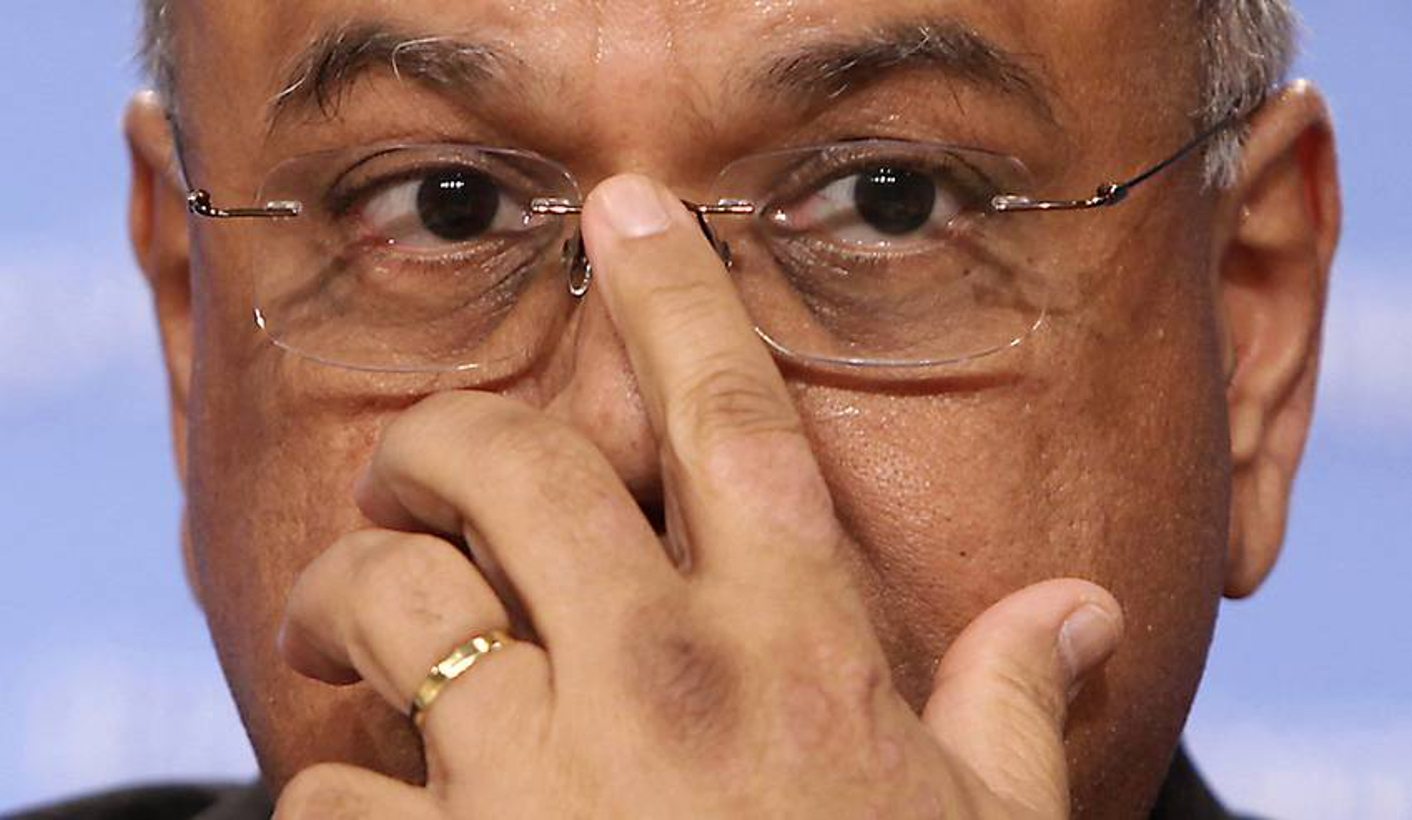 Former finance minister Pravin Gordhan and his former deputy, Mcebisi Jonas, were locked in a meeting with KPMG International chair John Veihmeyer in Johannesburg on Thursday afternoon. After emerging from the meeting in the evening, Gordhan and Jonas released a joint statement. By PAULI VAN WYK for SCORPIO.

This story was updated at 8.55pm on Thursday, September 21 to include Gordhan and Jonas’ statement as follows:

“We indicated that while we have agreed to meet KPMG, we reserve our legal rights,” the former minister and deputy minister of finance said after meeting KPMG International chair John Veihmeyer.

According to the statement, Gordhan and Jonas shared “strong feelings and disapproval” of KPMG’s part in helping state capture along.

“We insisted on full and proper disclosure of the role of various parties in state capture and the manner in which KPMG staff seem to have colluded in these processes – including the complete disregard shown by management of KPMG.”

Veihmeyer and the new KPMG South African CEO, Nhlamulo Dlomu, seem to have tried to appease Gordhan, saying KPMG will take further steps to be “more open and frank with South Africans”.

Gordhan and Jonas say the steps to be taken “will determine whether KPMG can earn the respect and confidence of both corporates and the South African public in the firm and the audit profession”.

Before Gordhan and Jonas released their statement, Scorpio revealed that John Veihmeyer’s office had contacted Gordhan over the weekend, asking to meet him and the newly appointed CEO. The meeting started at around 15:30 on Thursday, Scorpio was told. Veihmeyer’s office didn’t indicate the exact topics to be discussed.

Veihmeyer’s request to Gordhan follows KPMG International’s shock  announcement on Friday 14 September that its report relating to a (by now non) “rogue unit” in the South African Revenue Service (SARS) is a dud and can’t be trusted. Almost two years after the report was concluded. KPMG’s statement also concluded that it had been severely misled by the Gupta family, but absolved itself from any wrongdoing or malicious intent. In addition, KPMG would pay back the R23-million cost of the rogue report to SARS and would donate R40-million to NGOs.

Scorpio understands Gordhan had “very clear ideas” of what he would ask Veihmeyer and Dlomu.

An insider said Gordhan would seek clarity on “what exactly in the SARS report has been withdrawn”, and whether their finding of the existence of a “rogue unit” still stands.

Gordhan wanted KPMG to explain their role as the auditors of the Gupta companies as well as their role in the SARS investigation.

“Gordhan further wants to know what KPMG will do to assist in fighting state capture and corruption and whether the firm will support a criminal investigation into the Guptas and ringleaders of the SARS drama.”

Gordhan also issued a statement on Friday saying he “notes [KPMG’s] ‘regret’ but doubts whether this is adequate and proportional to the damage that KPMG has done. I will be seeking legal advice in this regard. Whilst there has been personal consequences, the real issue that confronts us is the significant damage to our hard-won democracy, to our state institutions and ultimately to the South African people for whom we seek a better life.”

Veihmeyer reacted to this by requesting the meeting from Gordhan, and in the meantime released a statement of his own, saying: “I sincerely apologise for what went wrong in KPMG South Africa. This is  not who we are.”

On Monday, SARS boss Tom Moyane also held a press conference wherein he, in turn, threw his weight behind the KPMG report.

According to Moyane, SARS paid for the report, so it stands in law and he will use it for what he deems fit.

The South African Reserve Bank (SARB) reacted on Thursday to fears of a very real chance that KPMG might implode, saying that it would hurt the banking sector the most.

“The SARB has noted with concern the regrettable auditing practices and serious errors of judgement that occurred at KPMG which led to enormous damage being inflicted on certain individuals, organisations, and the country as a whole,” its statement began.

SARB lauded KPMG’s additional announcement of an independent investigation to be undertaken, and said the success thereof will “greatly depend on the credibility of the initiatives embarked upon”. DM