‘Bra Willie’ eulogy: We will miss his epic poetry, baobab-wit and sage advice to leaders 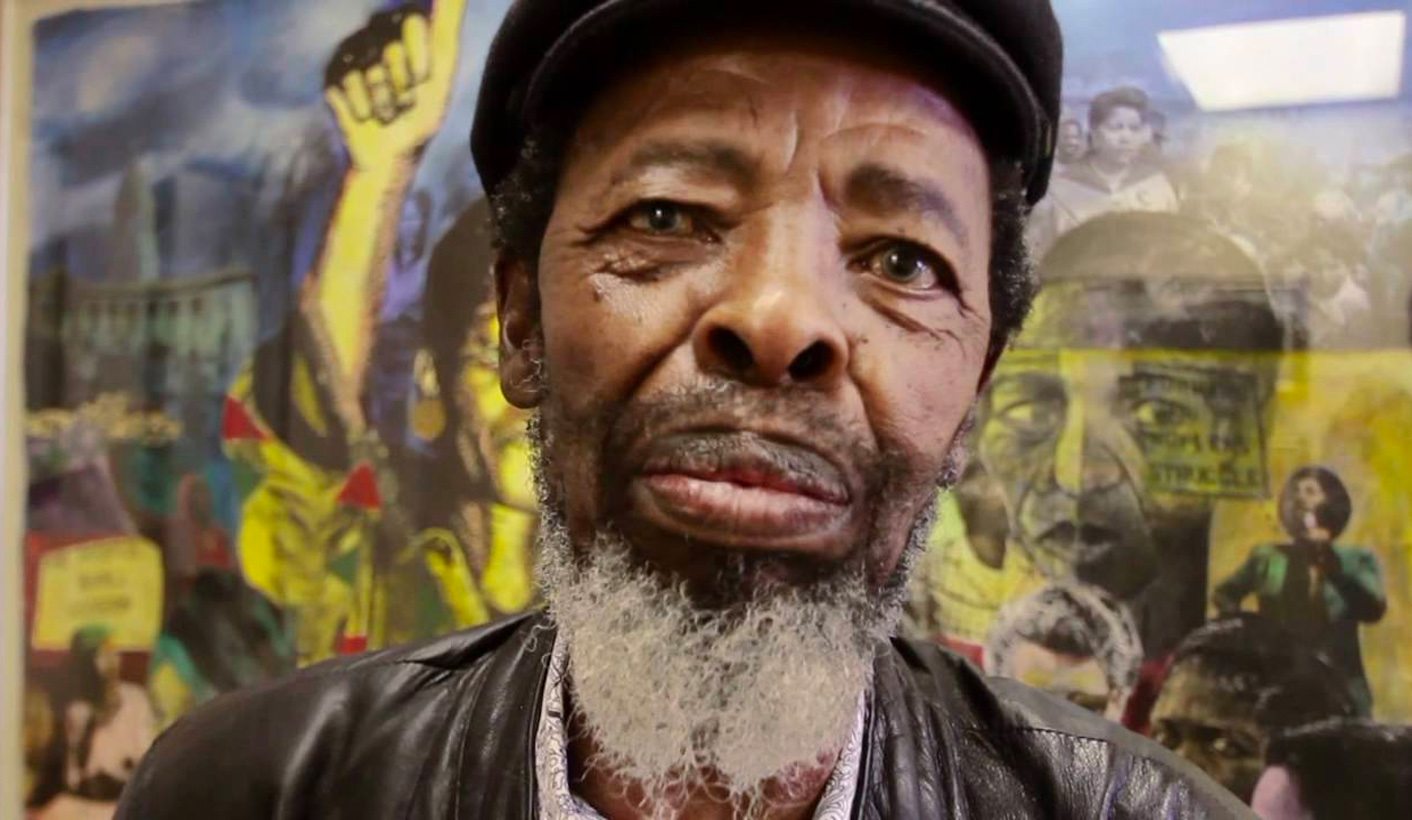 It could never be said that Prof Keorapetse “Bra Willie” Kgositsile was an ivory tower intellectual. To him, being designated as a public intellectual meant that his poetry was informed by politics; and politics was eventually influenced by his poetry. By PARKS TAU.

We are gathered here to mourn the untimely passing of South Africa’s national poet laureate, Professor Keorapetse William Kgositsile. This platform also allows us the opportunity to celebrate the life and legacy of the recipient of the National Order of Ikhamanga in Silver. One is acutely aware that as most of us celebrated the festive season, you as the family and loved ones had to endure the reality of his illness and hospitalisation.

We pay respectful homage to an elder who was a fountain of sagely advice during apartheid and in the democratic dispensation. We honour an exemplary stalwart who was selfless in his countless contributions and tireless dedication to our people’s struggles for a better life.

His passing is not only a loss to his family and friends, but it is a grief equally shared by the local and international community.

We will miss his unassuming presence in the halls of academia. We will miss his counsel in matters of government and industry policy concerning the fields of the creative arts. We will miss his baobab-wit in cutting to size those who have forgotten what it means to be a public representative.

We will miss his epic poetry, which is, reasonably so, comparable to the collected works of Pablo Neruda of Chile, of José Martí of Cuba, Leopold Senghor of Senegal, and Aimé Césaire of Martinique.

Our thoughts and prayers are extended to the Kgositsile family, for sharing their son, father, grandfather, and husband with the nation.

In spite of his small frame, Bra Willie, as he was affectionately known, possessed a giant intellect and an X-ray-sharp tongue. To him, the world of politics and the creative arts were mutually inclusive and reinforcing.

Many things have and could be said about him. But it could never be said that he was an ivory tower intellectual. To him, being designated as a public intellectual meant that his poetry was informed by politics; and politics was eventually influenced by his poetry.

I recall his much-cited 2008 poem titled ‘No Serenity Here’. I hear him chant in the introductory stanza in this work:

An omelette cannot be unscrambled.
Not even then one prepared in the crucible of 19th century
sordid European design
When Europe cut up this continent into little
pockets of its imperialist want and greed it was
not for aesthetic reasons, nor was it in the service
of any African interest, intent, or purpose.

Prof would have penned these words, pained by the reality that the borders that today shape contemporary Africa, have brought to us levels of chauvinism that betray our common heritage, and indeed our collective history of struggle against colonialism, dispossession, slavery and racial prejudice.

He would have been pained by the sight of the dastardly acts of Xenophobia, and Afrophobia that became part of our reality in that year of 2008. He would have been embarrassed by the psyche that South Africans, differentiated from their brothers and sisters north of the Limpopo by borders imposed by imperialist masters, chose in his words to betray and desecrate our own national anthem.

He not only warned us against the evil of chauvinism and prejudice. His lyrical words would always remind us that as leaders and public representatives, in particular of the African National Congress, we are enjoined to place the plight of all our people, country and humanity as the most primary of our objectives.

Also, his words ring true as we prepare for the 2019 national elections, when the implementation of the NDP will take centre stage. As you all know, the NPD 2030 Vision is our blueprint to “unite South Africans, unleash the energies of its citizens, grow an inclusive economy, build capabilities, and enhance the capability of the state and leaders working together to solve complex problems”.

Our collective responsibility, therefore, under the leadership of President Cyril Matamela Ramaphosa and the entire leadership elected in December, is to ensure that these ideals and aspirations are attained. We should commit to Bra Willie and the cohort of revolutionary ancestors he joins, that we are up to task to inherit this responsibility and the movement they bestowed on us.

Bra Willie is a giant of our struggle because he lived by his actions and his words. We have learned from him that leadership, ultimately is not concerned with the pursuit of selfish individual interests.

Rather, for him leadership is defined by the pursuit of collective, selfless interests. In our country, the demands placed on selfless leadership are underscored by the challenges we are faced with in an environment of diminished economic growth and a low commodity cycle.

As such, we require leaders who will articulate a vision we can all share and aspire towards in application. We need leaders who understand the relationship between good governance and effective service delivery.

Many words have been spoken and much ink has flowed commemorating Professor Kgositsile. What did it mean for him to be honoured as a national poet laureate? Why was he bestowed with the Order of Ikhamanga?

There are a select few creative people who are called poet laureates. Prof Kgositsile joins the elevated company of another creative genius, Prof Mazisi Kunene, who was also honoured as a national poet laureate.

To be a national poet laureate implies the person represents excellence and duly becomes an ambassador for their country. In Prof Kgositsile, we have a mind whose international stature is unparalleled in influence, in style and aesthetic appeal.

To be a national poet laureate meant that Bra Willie endeavoured to speak truth directly to those in power. Since he was brave and fearless to confront apartheid, he felt duty-bound to caution those in our democracy who use high office for nefarious means.

As his protégé, the author Mandla Langa wrote recently, “Kgositsile forces us to face our own imperfections, our collective disloyalty. He castigates the fat cat and the opportunist. He warns against false prophets and holy believers in the words he uses like a scalpel”.

He was a beneficiary of the Order of Ikhamanga for his legacy and influence on the musical genres of jazz and hip-hop. We regard him as a sage or griot since he successfully merged oral traditions with postmodern forms of communication. He is arguably the grandfather of the decolonialism movement in the United States; and in South Africa for his deconstruction of our pockmarked colonial heritage and postcolonial experience.

It is not by coincidence that the worldly expertise of Prof Kgositsile were counted on by several national cabinet ministers. These ministers were not merely impressed by the Prof’s wit and intellect. They relied upon his Pan-African and cosmopolitan experience which was gained in global capitals in the US, Africa, and Europe.

In his counsel, these ministers could depend on his learnings, crafted and carved in his personal and professional interactions with luminaries like Amiri Baraka, the Last Poets, Stokely Carmichael, Nina Simone and Harry Belafonte.

Prof Kgositsile’s legacy lives on not only in terms of stylistic influences on current generations of creative artists, but in his conscientious political activism. As we say ka Setswana, “setlhare se itsiwa ka maungo a sona”.

As I conclude, allow me to once again borrow from the humanistic words of the wordsmith whose life we celebrate today; for we cannot, dear comrades and friends, celebrate this life, if we do not reflect on his fears and aspirations, not for self, but for this beautiful continent of Africa, and humanity as a whole.

In another of his poems, ‘Anguish Longer Than Sorrow’, he writes;

Yet these, dear comrades, are not just our imaginations, but the experiences of our daily lives as we witness, on our television screens, newspapers and social media, the reality of the victims who die on the Mediterranean Sea, in search of hope, and the ability to dream. The sights of our brothers and sisters living in tents erected in refugee sites. The truth of Palestinians and Somalis whose experience of urbanism is the generations of existence they have spent in makeshift cities on foreign soil.

To the family and friends of Professor Keorapetse William Kgositsile, take comfort in the words of the Roman statesman, Seneca, when he said: “The day which we fear as our last, is but the birthday of eternity”.

May his soul rest in eternal peace. And his words live with us forever. DM

This is an edited version of a Eulogy by ANC Gauteng Provincial Committee member and ANC Greater Joburg region Chairperson, Parks Tau, at the Memorial Service of Prof Keorapetse “Bra Willie” Kgositsile, on January 11, 2018.