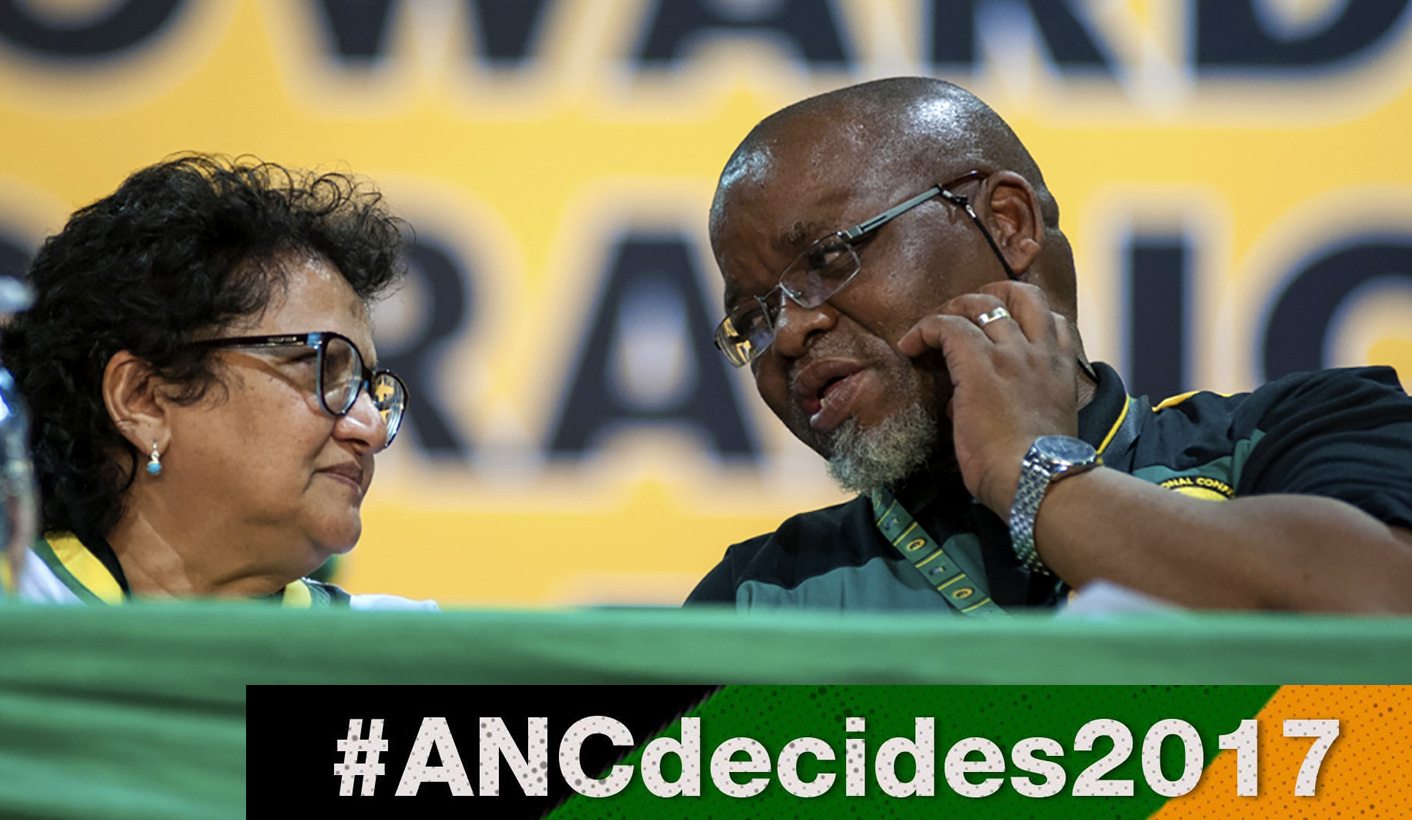 On Sunday, ANC chair Gwede Mantashe presented the party’s Nasrec conference with its organisational report. This document, ostensibly authored by Mantashe, is supposed to provide a key to the state of play of the ANC at this time and in its recent past. It covers the way the ANC has worked in the period between the last elective conference – Mangaung 2012 – and this one. But for those hoping for the renewal of the ANC, the report will make for alarming reading. It has distinct echoes of President Jacob Zuma’s final address – criticising alliance partners and playing down State Capture. At the same time, it paints a bleak picture of a party in crisis. By REBECCA DAVIS.

“Fierce, even fatal contestation, together with an almost endemic factionalism between and among comrades, dominates our structures, causing grievous divisions in the movement as a whole.”

That’s an early sentence in the 122-page ANC organisational report. It’s a confusing report: on the one hand candidly owning up to ANC challenges, and on the other hand radically understating its other problems.

It is open in its worry about the ANC’s election results, and particularly the fact that in each successive election, “we continued to decline systematically”. If nothing changes, the report warns, “going under 50% [of the vote] will soon be reality”.

At the same time, however, it avoids ever placing blame for the ANC’s reputational damage on the individual who has done most to harm it.

On the issue of Nkandla, for instance, the report suggests that the main problem underlying everything was the “inflation of prices”, and the ANC’s subsequent reliance on “government advisers” to suggest a remedy.

The report never mentions Jacob Zuma by name. At one stage it goes so far as to cite “the booing of an ANC official [at] the May Day rally”: a reference to the president in stunningly oblique terms. It bemoans the fact that the Presidency “has been assailed internally and externally in an unprecedented manner”, without advancing any suggestion as to why this victimisation might have been happening.

It presents State Capture as a “debate”, rather than a reality; suggesting there is a “strong view” that the concept is “a narrative mainly developed by the media and beneficiaries of the apartheid state”.

It also takes seriously the idea that the forthcoming judicial commission of inquiry into State Capture should stretch back to 1994, or even 1652, to accommodate the fact that “Afrikaner capital always had, and continues to, capture the state”.

There are notable similarities in tone and argument between the organisational report and the political report presented by President Jacob Zuma to the conference on Saturday.

For instance, it effectively blames the tripartite alliance partners – the SACP and Cosatu – for collapsing relations due to their anti-Zuma stances.

The Alliance, it notes, is “at its lowest ebb”. But as in Zuma’s address, it characterises the SACP and Cosatu as “reactionary” and accuses them of seeking out allies “historically hostile to our movement”. It terms the veterans’ and stalwarts’ criticisms of the ANC “unprecedented”.

Cosatu is further blamed for “pitting the president and the deputy president” against each other, because Cosatu’s decision to bar Zuma from speaking at events meant that Ramaphosa was invited instead.

As was the case in Zuma’s address, the Fourth Estate and the judiciary also come in for a bashing. Print media is described as “untransformed and hostile to the ANC”, and fair and balanced reporting “elusive”.

Judicial overreach (code for “judges’ decisions which go against the ANC”) is mentioned as an ongoing concern, as is “the appointment of judges that are beholden to the past and the anti-transformation ideology”.

The report also rehashes some of the claims made by state security in recent years about the possibility of a “colour revolution” toppling the democratically elected state.

Its assessment of the performance of the ANC in the provinces seems skewed towards the positive side. The Eastern Cape, it suggests, “has done relatively well in the election work” – despite losing Nelson Mandela Bay in 2016. The loss of Johannesburg and Tshwane in Gauteng was “both painful and difficult to explain”, it states.

The province which comes in for the greatest criticism is the Western Cape, which it describes as “stumbling from one crisis to the other”.

Concerns about the current ANC leadership race receive some space. The report suggests that three of the ANC’s outgoing Top Six figures making themselves available as president – Ramaphosa, Baleka Mbete and Zweli Mkhize – complicated the work and relationships of the Top Six, as did the remaining leaders pronouncing support in one direction or another.

It is worried that the ANC’s internal electoral system is becoming increasingly Americanised, and even suggests: “In the long term we are going to end up with a system of primaries with all its anomalies.”

The 2016 local government losses were attributed to underfunded research, insufficiently motivated cadres, divisions within the party, and low levels of participation from NEC members.

The report expresses worry about waning support for the ANC among coloured and Indian populations and urges sensitivity towards “the predominance of Africans in the movement”. Low voter turnout and the loss of urban centres are also cited as concerns.

Public messaging, it suggests, also needs work – because “the leaders and members of the ANC are generally negative about their own organisation”.

Again, however, it fails to truly examine why this would be the case. The report’s refusal to reckon squarely with the ANC’s leadership crisis means that it is a document lacking substance where it needs it most.

On Monday morning, Mantashe is due to give a media briefing on the report. It remains to be seen if he will be able to explain away its glaring omissions and contradictions. DM