Op-Ed: The good, The Bad and The Very Ugly – an economic review of Zuma’s Presidency 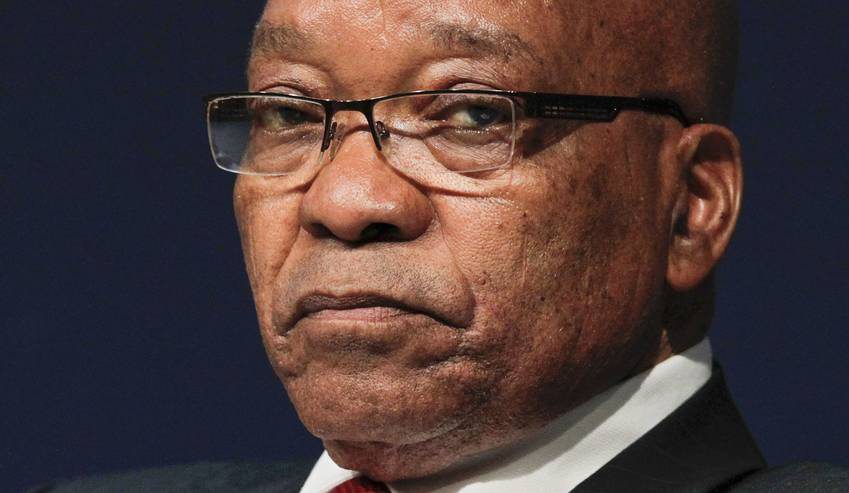 Jacob Zuma, the only democratically elected president to preside over South Africa’s two economic recessions in less than a decade, has taken us on a journey of successes, glaring failures and costly blunders. By PALESA SHIPALANA.

President Jacob Zuma became ANC president and later President of South Africa when the full impact of the 2008 global financial crisis hit. We experienced our first post-apartheid era recession and an unemployment rate of 24.9%.

Eight years later, Zuma is at the centre of the worst corruption and State Capture allegations in South Africa’s history.

Admittedly, he inherited an economy in distress in 2009, but there is no doubt that it has worsened under his leadership.

The 2017 GDP growth forecast is 0.7%, unemployment is at 27.7% and gross national debt – driven largely by state-owned enterprises – has reached its highest level since 2008. Business and consumer confidence continues to deteriorate.

There have been 12 cabinet reshuffles under Zuma, with the ninth leading to capital flight of R500-billion. These factors led to the technical recession in the first quarter of 2017, and S&P and Fitch downgrading our credit rating to junk. Moody’s has opted to keep us on its lowest investment grade, with a review after February’s Budget speech.

Faced with an ailing economy, Zuma’s administration has undertaken a series of policy reforms to reignite economic growth. Most have been viewed as investor-unfriendly, but there have been some breakthroughs.

The Private Security Industry Regulation Amendment Bill was originally approved by Zuma in 2014. It gave the Minister of Police power to expropriate fully foreign-owned security companies and limit foreign ownership of local private security companies to 49% – in breach of the WTO General Agreement on Trade in Services. However, the bill was sent back to Parliament after resistance by the private security industry and the US threatening to not renew our African Growth and Opportunity Act (AGOA) membership. AGOA negotiations have been difficult. A further 10-year renewal was settled only after South Africa withdrew its anti-dumping duties on US meat imports. While we have retained preferential access for agricultural and automobile exports to the US, the country has to start planning for 2025 when AGOA expires.

Government’s controversial attempts to amend the Mineral and Petroleum Resources Development Act to allow it to control 20% of new mining and petroleum ventures have been met with huge resistance.

The Chamber of Mines attacked the bill’s constitutionality, deeming it an expropriation of a mining company’s income and a contravention of South Africa’s international trade agreements. Under threat of a legal battle, Zuma sent the bill back to Parliament in 2015 for reconsideration. In 2017, the mining minister released the much-contested revised Mining Charter which gave embattled mining companies 12 months to meet an increased 30% black ownership requirement. The chamber headed to court and is still locked in a major legal dispute with government. This stand-off is one of the biggest examples of regulatory uncertainty driving investor and rating agency concerns. It has also eroded trust between government and business at a time when government needs business support to revive the economy and create jobs.

The proposed 2016 Land Expropriation Bill would enable government to redress past racial disparities in land ownership. Earlier government attempts to bypass constitutional principles were met with resistance and the bill was shelved. However, under pressure ahead of the 2016 local government elections, the ANC called for an amendment to the Constitution allowing expropriation without compensation. Under the spotlight of rating agencies and business push back, the controversial bill is yet to be approved.

The Independent Power Producers Procurement Programme has made South Africa one of the top 10 investment destinations for renewable energy, while Eskom’s electricity crisis has been addressed. Zuma constituted the National Development Commission, which developed a long-term strategic vision on how government would eradicate poverty, reduce inequality and grow the economy by 2030 through the implementation of the Nine-Point Plan and Operation Phakisa among other priority projects. However, the commission’s National Development Plan still has a long way to go in terms of implementation.

Zuma’s other successes include the combating of the HIV/Aids pandemic, regarded by UNAids as international best practice. He has continued the R150-billion social grants scheme – one of the largest social security nets in the developing world.

Government has announced its plans to adopt a national minimum wage of R20 per hour by 2018. Minimum wages play a significant role in reducing inequality and improving living standards. A minimum wage is a victory for the working poor, but there are remaining questions about its impact on small businesses.

Zuma’s active pursuit of a strategic relationship with China resulted in South Africa being upgraded to a Strategic Comprehensive Partner in 2010 and becoming a BRICS member. By 2010, China was South Africa’s largest trading partner with massive Chinese investment in our banking, infrastructure, mining, transport and renewable energy sectors. South African trade with the BRICS grouping increased from $27.9-billion in 2010 to $28.9-billion in 2016.

It could be argued that other important relationships, such as the EU-South Africa Strategic partnership, have not received the necessary attention. In part, this has been prompted by the lapse of several bilateral investment treaties and insufficient uptake of the Economic Partnership Agreement.

On the African front, there has been slow movement on the trade and regional integration agenda, despite South Africa’s AU term, but South Africa continues to champion African concerns in the G20.

Zuma, the only democratically elected president to preside over South Africa’s two economic recessions in less than a decade, has taken us on a journey of successes, glaring failures and costly blunders. DM