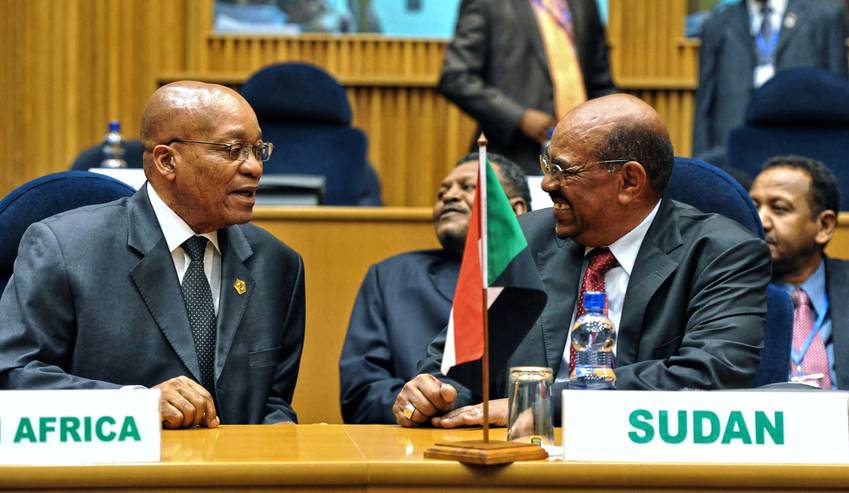 The South African government has made clear it is pressing ahead with its intention to withdraw from the International Criminal Court (ICC). By PETER FABRICIUS.

Justice and Correctional Service Minister Michael Masutha announced the government’s intention at a meeting of the ICC’s Assembly of States Parties (ASP) in New York on Wednesday.

There has been considerable speculation about whether the government would proceed with the withdrawal after the High Court ruled that its original application to withdraw had been unconstitutional because it had not gone through Parliament.

But Masutha told the ASP that on behalf of the Cabinet he would shortly serve on Parliament for its approval, a new notice of withdrawal from the Rome Statute.

Masutha said he would also introduce the International Crimes Bill, through which “Parliament will be requested to remove legal uncertainty regarding South Africa’s international obligations under both domestic and international law.

“The Bill repeals the current Rome Statute Implementation Act (which makes the Rome Statute domestic law) and enacts international crimes similar to those in the Rome Statute. The new legislation will grant extra-territorial jurisdiction to our courts and proposes continued co-operation with other States and international bodies, including the ICC,” Masutha said.

The minister justified the decision to withdraw from the ICC by reference to the clash it had with the court in June 2015 when it failed to comply with a request by the ICC to arrest Sudanese President Omar al-Bashir while he was in South Africa for an African Union (AU) summit.

Al-Bashir is a fugitive from the ICC, indicted for genocide, war crimes and crimes against humanity in the Darfur civil war and South Africa, like all ICC members, is obliged to arrest him and hand him over to the ICC in The Hague.

But Masutha told the ASP that its ICC obligation to arrest al-Bashir had clashed with its obligation to play a role as a peace mediator especially in African conflicts.

He said the ICC had failed to resolve what Pretoria regarded as the contradiction between Article 27 of the Rome Statute – which makes it clear that sitting heads of state and government are not immune from ICC prosecution – and Article 98, which states that the ICC may not require a member state to hand over a suspect if doing so would require the member state to act inconsistently with its obligations to provide diplomatic immunity.

Masutha also complained that the ICC had not fully clarified uncertainties in the procedure for consulting member states on such issues, under Article 97 of the Rome Statute.

South Africa had argued before the ICC that arresting al-Bashir would have been a transgression of its treaty obligations to grant heads of state immunity from arrest.

The minister told the ASP South Africa had learnt from its own transition that the ICC could not be the only way to resolve disputes.

“South Africa’s Truth and Reconciliation Commission is a testimony to how the gap between peace and justice can be bridged through alternatives to judicial processes which allow for accountability and also seek to achieve healing for victims,” he said.

Masutha insisted that “South Africa has demonstrated its commitment and remains committed to the principles enshrined in the Rome Statute to eradicate impunity and prevent atrocities”.

“This is further reaffirmed through its membership to other international treaties aimed at the protection of humanity.  Despite the intended withdrawal, South Africa shall remain on the side of victims at all times.

“We will actively promote peace, stability and development in Africa, and elsewhere, to ensure that there is no impunity from prosecution for international crimes.”

Also on Wednesday, the ANC’s sub-committee on international relations confirmed that the party remained committed to withdrawing from the ICC.

It noted that the ANC’s national policy conference in June this year had reaffirmed the decision which is to be forwarded to this month’s ANC elective conference for confirmation.

Allan Ngari, senior researcher  on transnational threats and international crime for the Pretoria-based Institute for Security Studies (ISS) who is attending the ASP meeting, said he was not surprised that South Africa had maintained its position to withdraw from the ICC, in the light of the ANC national policy conference decision.

“Needless to say, the statement left a bad taste in the room as it was read out. It smacked of arrogance. South Africa has the capacity to meaningfully contribute to the development and refinement of the ICC processes, demonstrated quite recently by the Article 97 regulations that it championed.

“South Africa risks being a pariah at this stage, with most other African countries vocally supporting and not leaving the ICC.

“The Gambian statement that followed was nothing short of a breath of fresh air. The difference that one year has made for that country is stark,” he added, referring to the change of government after disputed elections a year ago. The old government of Yahya Jammeh had vowed to withdraw from the ICC but the new President Adama  reversed that decision.

“Not only did the Minister of Justice’s statement refer to the inspiration that the ICC has had in its new government, but also Gambia’s  firm commitment to work towards strengthening the court,” Ngari said.

“It was elected on Monday to be part of the ASP Bureau – a key position to influence policy formulation at the ASP over the next three years.”

Ngari disagreed with Masutha’s reference to the TRC as an alternative justice option. “The totality of transitional justice mechanisms need to be reflected on by post-conflict African states and not one mechanism over another. This is what some African states are getting wrong, pitting peace against justice as a binary.”