ANC conference, Foreign Relations Dept: Issues of Israel and Morocco to heat up the debate 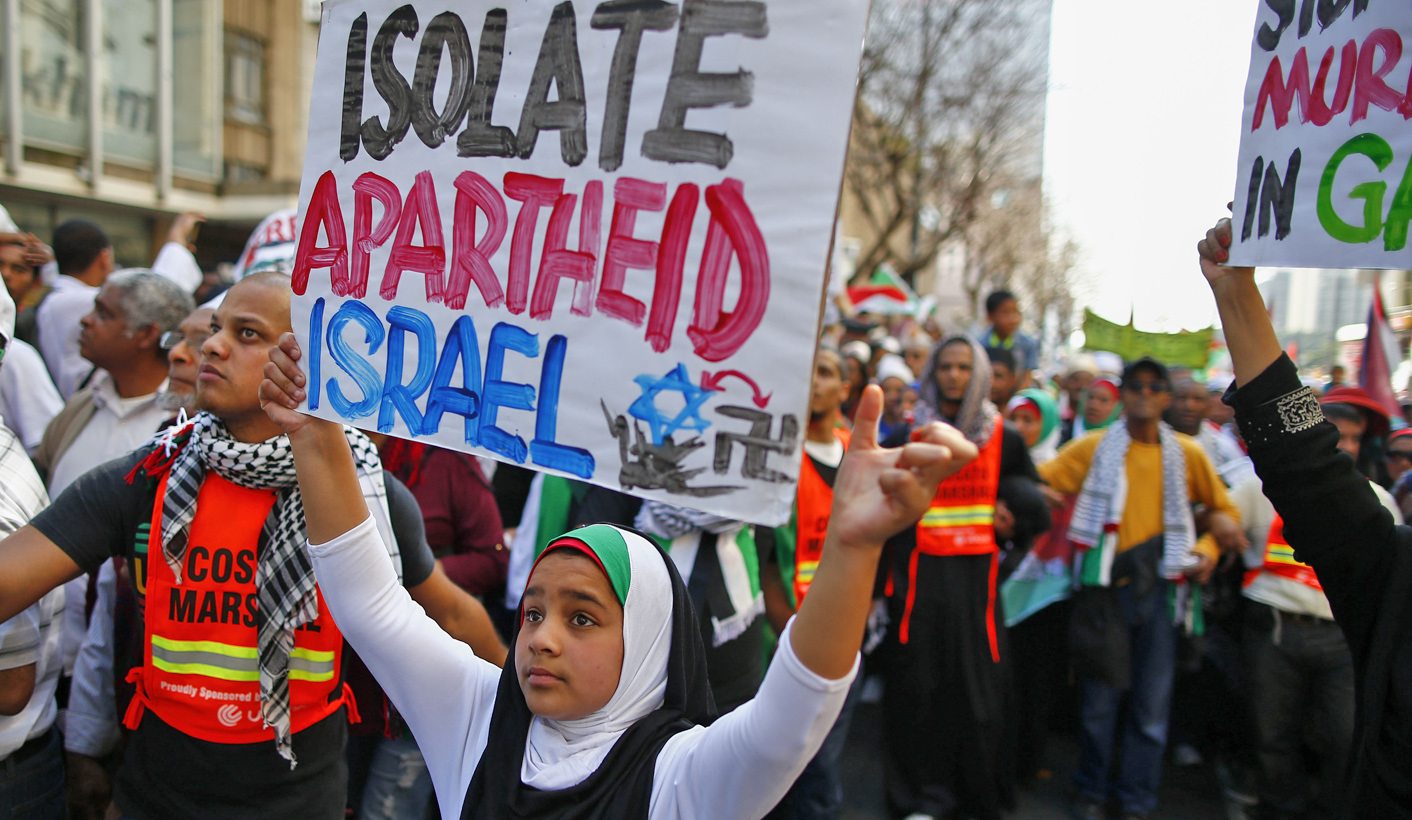 With a downgrade in relations with Israel on the cards, and questions about the exact status of relations between South Africa and Morocco, ANC branch activists fear their more radical voices on foreign policy could be drowned out by “chequebook diplomacy” and a raft of government deployees at the party’s upcoming conference at the Nasrec Expo Centre. By CARIEN DU PLESSIS.

ANC policy has never been completely aligned with government policy on foreign relations. Often it is mitigated by a mixture of realpolitik and diplomacy. In its five-day national conference, starting on Saturday 16 December at the Nasrec Expo Centre in Johannesburg, the party is set to consider various contentious issues, such as the potential closure of South Africa’s embassy in Israel as well as the country’s warming official stance towards Morocco despite what is still considered in ANC circles a “colonisation” of Western Sahara.

They have written to Secretary-General Gwede Mantashe, expressing worries that the department of international relations could “load” the commission with at least 30 South African ambassadors and diplomats that will push whatever official government policy they are told to push at the commission.

“Ambassadors are like ministers, they can be appointed and recalled at will, and they get really good pay and perks, so they tend to toe the line,” a delegate who wanted to remain anonymous told Daily Maverick.

“Branches and structures that are meant to be making important leadership and policy decisions are being undermined by diplomats,” another delegate said. “This is an absolute abuse of the ANC and even our sovereignty.

“This is an insult that undermines the democracy of the ANC conference by placing power in the hands of a select,” he said.

“This is an attack on the ANC and undermines the purpose of the ANC congress; if [the ambassadors are] allowed, the ANC is no longer a governing party but rather it is being reduced to a timid organisation that is dictated to by conservative or corrupt government bureaucrats. Ultimately it gives the appointed minister and bureaucrats complete control of the ANC international relations policy.”

He said: “It is imperative that the ANC accounts to the branches and not government bureaucrats. We cannot be captured by chequebook diplomacy used by Morocco, Israel or any other country.”

A Dirco official confirmed that the department would send delegates to the ANC’s conference to participate in commissions. He said the department always sent employees to ANC conferences to sit on the international relations commission, and they even take charge of writing some of the policy documents.

Party spokesperson Khusela Sangoni said commissions consisted of voting delegates “and we do also invite various resource persons drawn from the [ANC] subcommittee of international relations, and anybody else who will add to discussions.”

At the ANC’s policy conference in July there was a strong push from anti-Israeli groups such as Boycott, Divestment and Sanctions (BDS) to resolve on the closure of the South African embassy in Israel.

It was agreed that an assessment would be done on this.

Leaders in high places supported a downgrading of relations. Deputy Secretary-General Jessie Duarte wrote on this site just over a week ago that there were two options under consideration. “First, we downgrade our embassy in Israel based on the continuous violation of international law and UN resolutions by the Israelis and the ongoing building of settlements in the Occupied Territories. The second option is to shut down our embassy completely, taking or not taking into account the associated risks.”

This was because “for over two decades, South Africa has pleaded with Israelis and worked with them, together with local groups, to ensure that injustices do not continue. Yet these have gone on unabated and Palestinians are continually denied the right to return and to declare a state with East Jerusalem as its capital.”

There is great concern in the foreign diplomatic community in Pretoria that these diplomatic ties would be downgraded, and resolutions by the party’s commission at the conference will be watched closely.

Another issue which will be under close scrutiny is South Africa’s relationship with Morocco. Diplomatic relations with Morocco became frosty in 2004 when South Africa recognised the Sahrawi Arab Democratic Republic as a country, while Morocco claims ownership of the territory. Morocco recalled its ambassador from South Africa soon after.

Many in the ANC regard Western Sahara as the last colony in Africa, and Morocco as a coloniser.

President Jacob Zuma met Moroccan King Muhammad VI on the sidelines of the African Union-European Union summit in Ivory Coast last week. It was a surprise meeting, only confirmed at the last minute, officials said – and it was the first bilateral meeting between a South African and Moroccan head of state since 2004, something which a South African official who was in the meeting described as a “normalisation of relations”.

In policy discussion documents prepared for the policy conference the party said it wanted to “look at various ways to isolate Morocco”. It condemned “the delaying actions of Morocco to implement a resolution of the United Nations and the African Union in regard to the question of Western Sahara”.

In February Zuma said in his State of the Nation Address, “We hope that the readmission of Morocco to the AU [at its January summit] should serve as a catalyst to resolve the Western Sahara issue” – but didn’t give details of how this would be done.

At least one ANC affiliate, the National Education, Health and Allied Workers Union (Nehawu) slammed the meeting with the king. In a statement Nehawu said it was a “betrayal of the Sahrawi struggle” and that Zuma “openly defied” ANC resolutions and policies – “yet another indicator of a morally bankrupt, ethically shallow and undemocratic leadership”.

They also attacked the chairperson of the ANC’s international relations subcommittee, Minister of Water and Environmental Affairs, Edna Molewa, saying that the party’s subcommittee “was colonised and captured by the West under her reign”.

Nehawu hinted that the thawing of relations with Morocco was advanced by the Zuma camp in the ANC, which is also championing radical economic transformation and the fight against what it calls white monopoly capital, “yet when it comes to international issues, in really taking on monopoly capital, they become timid and weak,” Nehawu said.

“If comrades were serious about challenging imperialism, monopoly capital and white supremacy, we would be imposing sanctions on Morocco and not sweet-talking to their king who is overseeing the oppression of the Sahrawi people.

Molewa, however, said any suggestion that Zuma defied ANC policy on Morocco by meeting the king was “mischievous, untruthful and twisted”.

There was no ANC policy “that says South Africa should isolate Morocco and also never engage them, thus declaring Morocco an enemy of South Africa”, she said. “Our full and unequivocal support for Western Sahara is not conversely enmity to Morocco.”

Molewa was also one of the ministers who met with an Israeli delegation of ministers and diplomats about a month ago, sparking hope from Israel’s side that this signalled a softening in the ANC’s stance. Molewa, however, denied this.

While foreign diplomats will be denied access to the ANC’s conference, they will no doubt be eagerly awaiting updates by their South African counterparts there. DM

Photo: A girl holds a placard among tens of thousands of South Africans demonstrating in support of Palestinians in the streets of Cape Town, South Africa, 09 August 2014. EPA/NIC BOTHMA