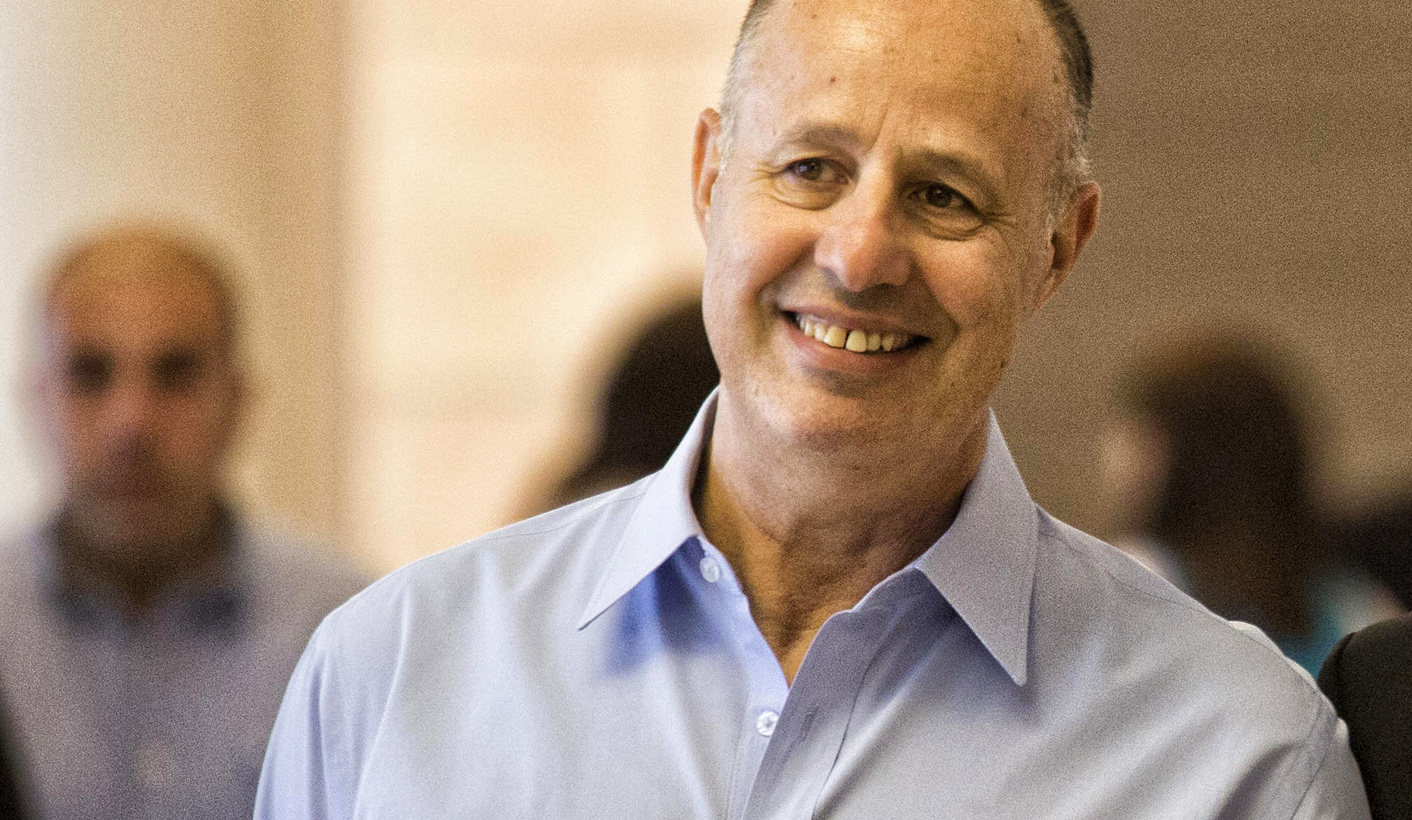 The Israeli government believes the South African government is not keen to downgrade relations between the two countries – despite an ANC recommendation to do so. By PETER FABRICIUS.

After meeting Minister in the Presidency Jeff Radebe earlier this week, visiting Israeli Minister of Regional Co-operation Tzachi Hanegbi expressed “optimism” that a downgrade in relations between the two countries wouldn’t happen.

The Jewish community is organising seminars this month to illustrate the negative economic, cultural and religious impact a downgrade in relations would have.

Hanegbi said in an interview with Daily Maverick this week he had told Radebe that Israel’s vision was to enhance the relationship with South Africa and that things looked like they were going the right way. “We have direct flights, we have Israeli businessmen coming here and working successfully. We have mutual tourism that picks up.”

Downgrading relations would harm a relationship “which we cherish and would like to nurture”.

He said the Israeli embassy, other Israeli officials and the Jewish community in South Africa were doing their utmost to prevent the downgrade.

The ruling ANC’s national policy conference in July recommended the downgrading, subject to an investigation of the implications. This decision will have to be confirmed at its leadership conference in December.

After a meeting this week of the ANC’s sub-committee on international relations, chaired by minister Edna Molewa, with Hanegbi, the new Israeli ambassador Lior Keinan   and the South African Jewish Board of Deputies, representing the Jewish community in SA, the ANC said it had confirmed to the Israelis that the recommendation to downgrade relations still stood.

But Hanegbi was nonetheless hopeful after meeting Radebe.

He declined to state Radebe’s position explicitly, but did say: “I can express my optimism that eventually this move is not going to contribute to what the South African leadership would like to see or the ANC leaders would like to see.”

They would like instead to see progress in the Israeli-Palestinian political process. Isolating Israel would not help. Instead the Palestinians should be convinced to return to the negotiation table, which South Africa, with its very close friendship with the Palestinians, was well placed to do.

“They chose a new strategy; instead of negotiating with us, they tried to appeal to the international community, to the ICC, to the UN Security Council, to various European parliaments, to try to bypass the negotiations, to try to impose on Israel some sort of dictation.”

Israel had told them then that this strategy would fail as Israel would never sign any agreement that was not the result of a mutual compromise.

“And they have to learn from the lesson of Egypt and Jordan. Egypt and Jordan didn’t run away from the negotiations. They didn’t look for some foreign power or international force that will impose an agreement.   They just sat with us for years, sometimes less and we reached a common denominator on every dispute that we had with Egypt and Jordan.”

He added that the passage of time since then had helped neither side. He reiterated that point when he was asked if Israel was not undermining the creation of an independent Palestine state, and the two-state solution, by continuing to build or extend Jewish settlements on the West Bank- putting facts on the ground.

In particular the current and controversial Greater Jerusalem Bill – which would give a municipal vote in Jerusalem to residents of   nearby “illegal” Jewish settlements on the West Bank- has been seen as pre-emptively shaping the future Palestine state unilaterally.

The bill is being interpreted by Israel’s critics as a de facto annexation of those Jewish settlements.

Hanegbi said the settlements illustrated that “time doesn’t stay indifferent” but instead was filling the vacuum that the Palestinians had created by refusing to negotiate with Israel -at various periods since Israel “came back to settle in our ancient land” on the West Bank during the 1967 war.

“We could not just wait and wait forever until the Palestinians came to their senses,” he said.

“It’s true that in all those years, the Israelis were settling in their homeland because they felt that was the right thing to do,” he added.   He referred particularly to the period from 1967 to 1993 when PLO leader Yasser Arafat decided to accept the existence of Israel and adopt a political rather than a military strategy.

But even after 1993 Arafat had not been the negotiating partner Israel hoped for.

Nonetheless, Hanegbi said, if the Palestinians did return to the negotiation table and an agreement was reached, there would be concessions by Israel, including land swaps, even though these would be painful to it.

He recalled how Israeli settlers had been forced to move from the Sinai when Israeli agreed to withdraw from the territory – also conquered during the 1967 war – in a peace deal with Egypt.

Hanegbi confirmed that Prime Minister Benjamin Netanyahu had agreed to hold back the Greater Jerusalem Bill at the behest of the US Trump administration.

But he stressed that this was not because the Trump administration felt that the bill would undermine the two-state solution but because Washington felt it was a unilateral measure which would undermine the chances of a resumption of negotiations with the Palestinians.

Hanegbi recalled that President Donald Trump had said it was up to the Israelis and Palestinians to decide whether there would be a one state or a two state solution to their dispute.

It was because of this sort of flexibility that Israel preferred Trump to his predecessor Barack Obama, Hanegbi suggested.

By contrast Obama’s first Secretary of State Hillary Clinton had insisted there should be “not a single brick” of Israeli building on the West Bank.

This position had made it impossible for the Palestinians to be flexible in negotiations because they could not ask for less than the Americans, he said. DM