Op-Ed: Why we should care about inhumane prison conditions 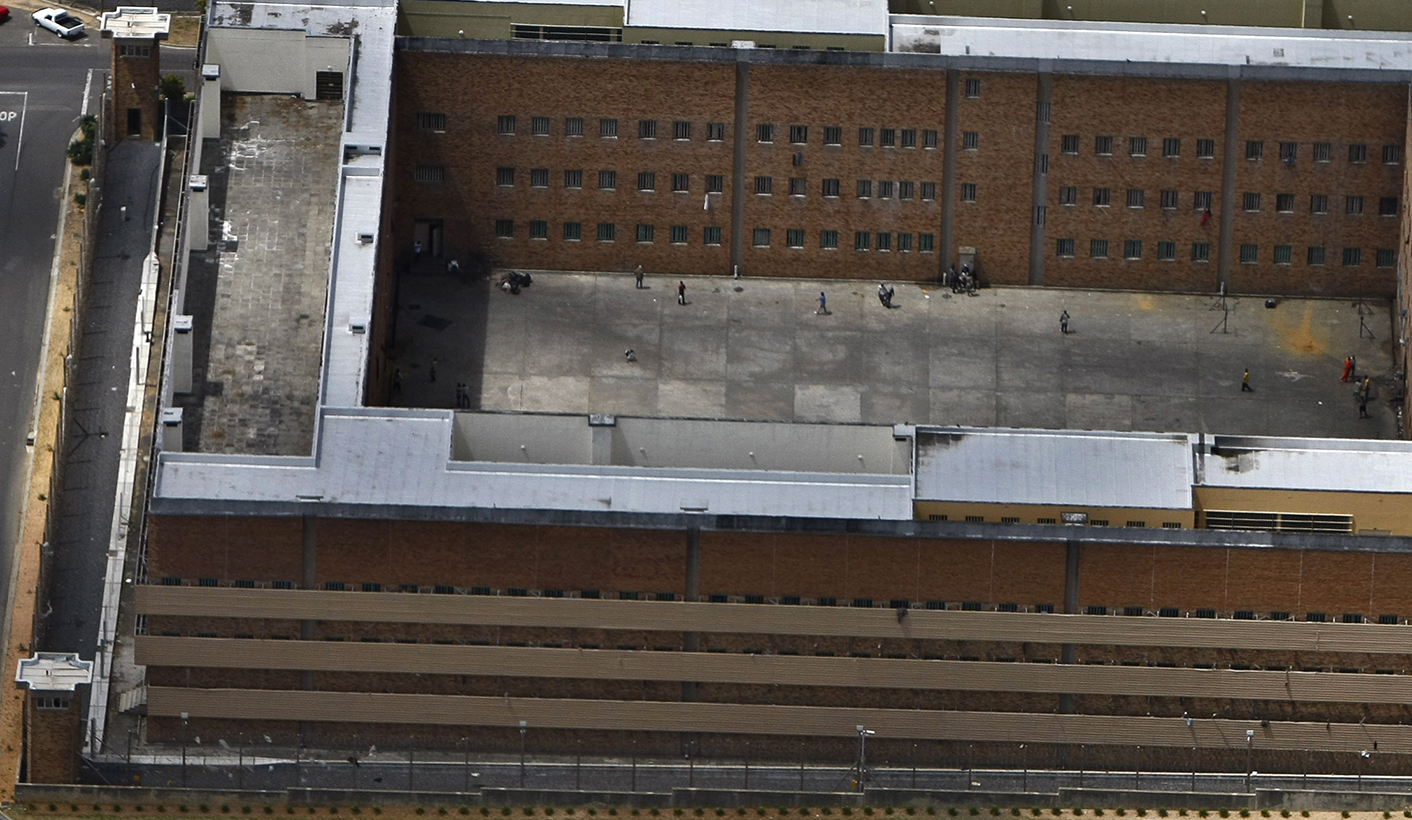 On the anniversary this week of Sonke Gender Justice and Lawyers for Human Rights’ Pollsmoor overcrowding court victory, we should remember why the state of our prisons matter – and consider what we should be doing to improve conditions. By ARIANE NEVIN and CLARE BALLARD.

On 5 December 2016, the Western Cape High Court declared conditions in Pollsmoor Remand Detention Facility (Pollsmoor Remand) to be in breach of the government’s constitutional obligations to detain inmates in conditions consistent with human dignity.

For decades, Pollsmoor Remand, a facility for awaiting trial detainees, has been operating at more than twice its approved capacity. In a landmark ruling, the court ordered the South African government to reduce overcrowding in Pollsmoor Remand from roughly 4,080 detainees (250%) to, at most, 2,430 detainees (150%) within six months, and to produce a plan to address and prevent overcrowding and other inhumane conditions in the facility.

For many years preceding the Pollsmoor litigation, the Department of Correctional Services (DCS), when confronted by civil society about the inhumane and overcrowded conditions in the facility, repeatedly shrugged its shoulders and argued that overcrowding is the result of high numbers of arrests, the high crime rate in the Western Cape, gangsterism, the sluggish pace of prosecutions and mandatory minimum sentencing. DCS, we were told, was powerless in the face of such factors outside of its control.

Why should prison conditions matter to people on the outside?

Inmates, like the rest of us, have the right to be treated with dignity, to be safe and secure, to be housed in sanitary conditions, and to receive food and exercise. These rights are enshrined in our Constitution. These alone are sufficient reasons for us to demand improved conditions in prisons or, as the government optimistically refers to them, “correctional centres”.

However, most likely due to the high rates of violent crime that we experience in South Africa, including rape, there is a pervasive lack of sympathy for the people we put behind bars. But what if we consider it from a different, more self-interested perspective: how do inhumane conditions in prisons affect us?

Prisons are not “luxury hotels”. The conditions described in the Pollsmoor case are not unique to that facility. They are prevalent in prisons across the country. High levels of overcrowding, dilapidated prison infrastructure, poorly ventilated cells, and understaffing result in inmates spending long days crammed into cells, often without exercise or sufficient clean air or food. Research has shown that these conditions, together with the toxic notions of gender entrenched inside prison, are highly conducive to sexual violence and rape, which in turn fuels HIV transmission. Lack of ventilation and exercise also drives TB infection – in 2012, research indicated that there was a 90% risk of contracting TB in Pollsmoor Remand.

These conditions are dehumanising. Experts have described how inmates lose – are forced to give up – their roles as parent or partner, and learn new roles. To survive, they must become hyper-vigilant and hyper-aggressive. Everything is perceived as a threat. Indeed, former inmates with whom we’ve worked have described how, in prison, one never feels safe; one cannot even sleep properly for fear of being attacked. Imagine not being able to sleep properly for months or years out of fear.

I. Bennett Capers, a US Professor of Law who writes about race, gender and criminal justice, asks us to consider this: “What type of man exits prison? What does prison teach men? And how is his re-socialisation and in turn our society shaped by his experience in prison, and our indifference to it?”

The road map to the transformation of our criminal justice system

Overcrowding is caused by a number of factors. Strict and discriminatory bail practices, under-resourced Legal Aid, and a sluggish criminal justice system contribute to a constant remand population of roughly 43,000 detainees, which makes up more than a quarter of the total prison population. According to DCS statistics, up to 20% of these detainees are in remand not because they pose a risk to the public or because they are likely to commit further crimes while on bail, but because they cannot afford to pay as little as R500 for bail.

In respect of prisons accommodating sentenced inmates, mandatory minimum sentencing legislation, enacted in 1997 as a response to rising rates of violent crime, radically curbs the power of judges and magistrates to determine the length of sentences for offences. Judges are allowed to depart from the mandatory minimum regime only if they are “satisfied that substantial and compelling circumstances exist which justify the imposition of a lesser sentence”.

This has led to a massive (2,000%) increase in the number of sentenced inmates serving life sentences. While conviction rates, and accordingly the number of admissions to prison, have, if anything, dropped during the course of the last few years, fewer are leaving. And yet remarkably there is no evidence whatsoever showing that harsh sentences deter people from committing crimes.

We are not suggesting that South Africa does not experience shockingly high levels of violent crime, or that there should be impunity for the people who commit those crimes. We are only arguing that the way we respond to crime, and the exorbitant financial and social costs of our response, are not based on sound evidence.

In his recent lecture at the University of the Western Cape, Justice Edwin Cameron made the point that it is prompt and effective policing and the assurance of conviction that deter crime. Moreover, there are a number of alternatives to sentencing people to imprisonment, particularly those convicted of non-violent crimes: diversion, victim-offender dialogues, community service and probation to name but a few. Such responses, which are much less costly than prison, receive far too little attention and are severely underutilised by the criminal justice system.

We also need to consider whether everyone in prison should actually be there. Is prison really the answer to violent crime? How are we engaging with communities and individuals to develop their conflict and anger management skills and to equip them with alternatives to aggression and violence so that they don’t commit violent crimes in the first place?

It is time to re-imagine punishment, and to move away from our retributive response to crime towards something that is more just, humane and effective at both deterring crime and rehabilitating the people who commit offences. When we ask what type of person emerges from the system, we need to be able to answer: “a healed one”. DM