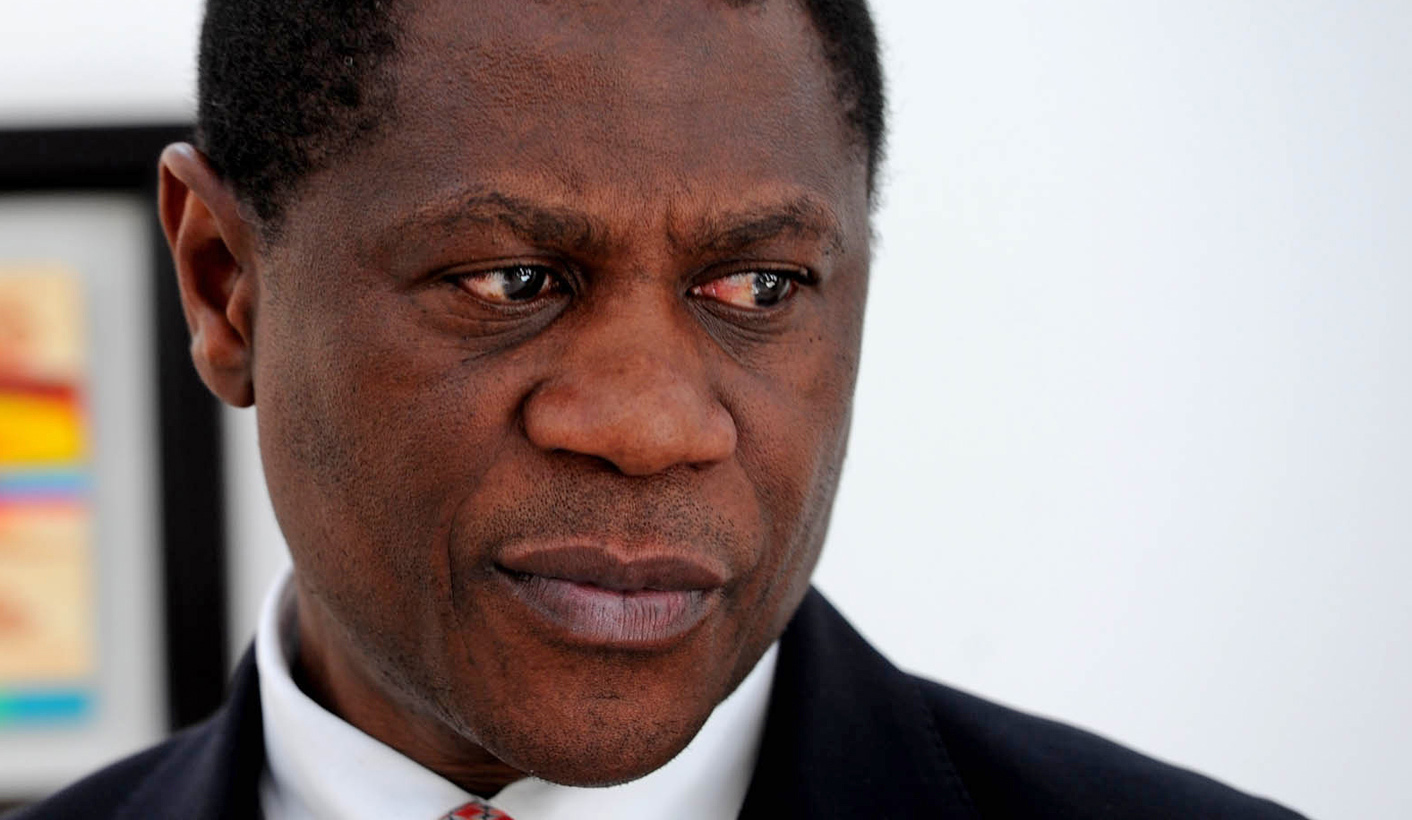 Most other provinces took three hours to get through their meetings, but in Gauteng the ANC took three days to conduct its provincial general council, where it nominated Deputy President Cyril Ramaphosa for president – and also discussed policy proposals. Here, the spectre of 2019 looms large. By CARIEN DU PLESSIS.

Gauteng ANC chairperson Paul Mashatile was frank in the closing. “We may lose power in the next general elections if we don’t mend our ways,” he warned delegates to the province’s “very disciplined” provincial general council over the weekend.

Mashatile was talking about “the problem of factionalism”, which “asserted itself in our ranks since the Polokwane Conference in 2007”.

It’s fractured the organisation to such an extent that it cannot campaign properly for elections – in May the IFP took Nquthu from the governing party after factionalism threw some of the party’s campaigners off-balance – and it’s also made the party so unpopular that the Economic Freedom Fighters last week preferred to side with the Democratic Alliance rather than the “corrupt” ANC to help Joburg mayor Herman Mashaba beat back a no-confidence vote.

The prospects of the ANC winning back the Pretoria and Johannesburg metros – and their multimillion-rand budgets – after losing these in the 2016 local government elections are looking pretty dim for now.

The loss of both metros at once in 2016 was a blow for the party, and there’s a big chance that it could lose the province, which has been under ANC governance since 1994.

“Whatever we do at any given moment must benefit the majority of our people,” Mashatile said on Sunday. “The ANC must stop to be inward looking, and prioritise issues affecting our people. We cannot afford to be pre-occupied with squabbles amongst ourselves and lose focus of critical issues affecting the people of South Africa.”

Mashatile failed to mention the negative impact President Jacob Zuma has had on the party’s votes in the province, something its own research has hinted at.

The anti-Zuma sentiment also showed in the party’s nominations, where Zuma’s preferred successor, ANC MP Nkosazana Dlamini Zuma, got the nod from a mere 64 branches, while Deputy President Cyril Ramaphosa, who has styled himself as a counterpoint to Zuma, got 374 branch nominations.

Ramaphosa has already been nominated by a majority of at least 80% in the Northern Cape, the Western Cape and the Eastern Cape, and it is also expected that Limpopo will give him the nod on Monday.

Dlamini Zuma got large majorities in Mpumalanga (the notorious “unity” vote is also counted in her favour), North West, and the Free State, and it is expected that KwaZulu-Natal will nominate her at the end of its two-day provincial general council on Tuesday.

The tally of nominations, with two provinces to go, is 1,278 in favour of Ramaphosa and 1,115 in favour of Dlamini Zuma.

The size of KwaZulu-Natal is expected to see Dlamini Zuma catch up with Ramaphosa in branch nominations. In terms of voting delegates, it will be a very, very tight race but these could be slightly skewed in favour of Dlamini Zuma (disclaimer: fierce lobbying and campaigning in the next two weeks could yet change minds, and positions).

Word in the ANC has it that Dlamini Zuma’s campaigners engineered bigger branches in a province like, say, Mpumalanga, which has about 300 more delegates than branches, and which is the second biggest delegation to the party’s national conference. Dlamini Zuma has two out of the three leagues behind her, while support among the provincial executive committees and the national executive committee is more or less equally split between the two candidates (although, with five out of nine provincial leaderships favouring Ramaphosa, he could have a small majority here).

This could work against the ANC in the 2019 elections, and Gauteng knows it.

In the three days that the chosen delegates to the party’s national elective conference as well as their alternates (if the delegate falls ill or can’t make the conference, the alternate replaces him or her) met in the Greek-named halls at the St George Hotel, they also discussed policies. (The conference starts at the Nasrec Expo Centre on Saturday 16 December.)

It also called for the ANC Veterans League to be reconstituted as the Council of Elders, “who will serve as the guide or moral compass to the sitting leadership and its members must not stand for ANC leadership”, and it wants the party’s Integrity Committee to have stronger powers.

Gauteng wants more ANC national officials – two deputy presidents and two deputy secretary-generals, up from one each – “to ensure effective implementation of the five pillars of the ANC Strategy and Tactics”.

The province also wants all ANC members in good standing to participate directly in the election of leaders at all levels. There have been proposals that the voting for leaders should take place at branch level, and that it shouldn’t be left to 5,000 or so delegates who could, it is believed, too easily be swayed by money or other incentives during the conference.

Coming from the ANC in South Africa’s economic hub, the gathering “noted with great concern the deteriorating state of the South African economy, with dire consequences for the people. The mismanagement of our economy, including corruption in State-owned Enterprises, has contributed to the increased and unprecedented levels of unemployment, poverty and inequality.”

Hope has to be restored, but to do that, the province will have to hang on to power, and the party will have to be united.

Mashatile himself is known to have been meeting with other provincial chairpersons, including Mpumalanga chairperson David Mabuza, to talk about a negotiated or “unity” leadership. Mashatile is said to be favoured by Mabuza, as well as Ramaphosa supporters, to become the party’s next treasurer-general.

The next two weeks will probably determine the party’s fate in 2019 and beyond. DM

Photo: Paul Mashatile, then Minister of Arts and Culture, is taken through an African art exhibition called ‘Made in Africa – Towards Cultural Liberation’ in Johannesburg on Africa Day, Friday, 25 May 2012. Picture: Werner Beukes/SAPA