Op-Ed: Under siege – the need to protect social grants in South Africa 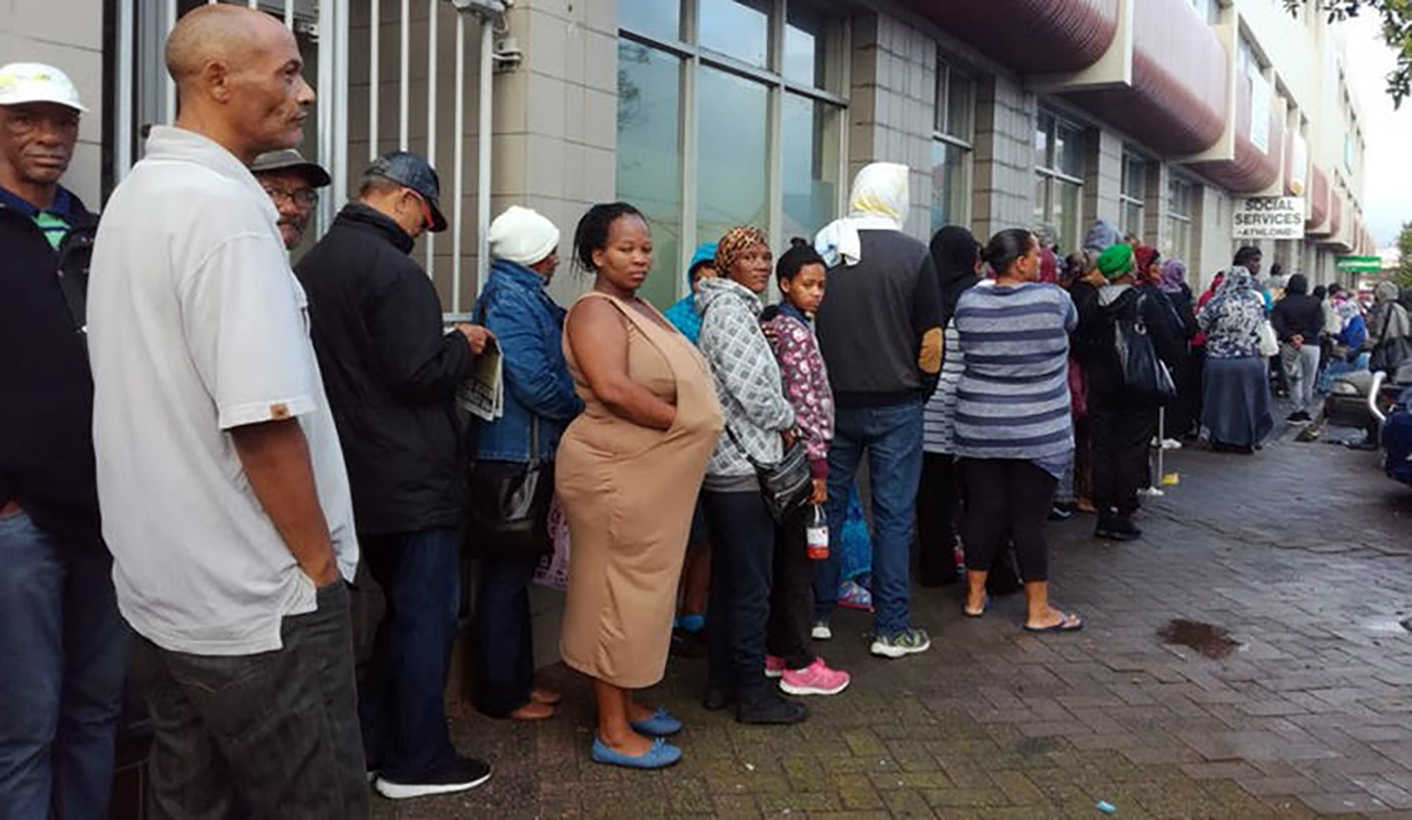 The drafters of the Constitution were aware that there would be competing claims for delivery of equally pressing socio-economic rights after apartheid. They were anxious that the competing nature of these claims be debated in a transparent manner. These are very necessary debates in a country in which wealth is accumulating as rapidly as poverty is deepening. By HOPOLANG SELEBALO.

It has been just over two weeks since President Jacob Zuma released the much awaited Heher fees commission report. The commission was appointed to look into the feasibility of free higher education and training for South African students. Other than the prioritisation of fee-free education for students in TVET colleges, the report basically concluded that full funding for higher education would not be feasible for students in tertiary institutions. The state simply does not have the financial means to do so at the moment.

Prior to the release of the report, media speculation had been rife that the president aimed to by-pass the commission’s recommendations and forge ahead with a plan to provide free higher education for all students. It has been estimated that an additional R30-billion would be required from the state coffers to accomplish this. Although there has been silence with regard to this possibility from the Presidency – supposedly to allow the inter-ministerial task team and presidential fiscal committee to process the report – many still anticipate that an announcement will be made.

Should the president decide to push ahead with this project, the major question to be asked is where these additional funds would come from, especially in light of the gloomy economic picture painted by the Minister of Finance, Malusi Gigaba, during this year’s Mid-Term Budget Policy Statement. In a nutshell, the minister told us that the state has accrued debt faster than it has collected revenue, resulting in a shortfall of approximately R50-billion. The cost of new debt is set to rise even further after last week’s credit downgrading by S&P Global. Gigaba announced that servicing the costs of government borrowing, which will grow to an average of 11% of government spend, will be the single largest expenditure growth sector. This will be exacerbated by the continued assistance of financially unsustainable State-owned Enterprises.

It has been reported that the recently established Presidential Fiscal Committee, which Minister Gigaba’s spokesperson described as an entity that would set budget priorities and take tough decisions, proposed cuts along several departmental budgets, including social grants. The implications of cutting down on already limited social assistance to South African households are unfathomable.

South Africa is among the most unequal countries in the world, and has exceptionally high levels of poverty and unemployment. The recently published Poverty Trends report found that over 55% of the South African population is living in poverty, and that one in four people cannot afford to purchase the food they need to stay alive. This is coupled with an increasing unemployment rate, which stands at 36.5% when we include discouraged work-seekers. In the midst of this, social assistance is vital to mitigate against these staggering economic forces, to say nothing of the fact that it is a right enshrined in our Constitution. Statistics South Africa revealed in the 2016 General Household Survey that nearly half of South African households receive social grants as their main source of income.

Social assistance grants have been the most successful poverty alleviation policy in democratic South Africa, and have increasingly become a mainstream reliable source of livelihood. However, there are a number of flaws associated with the grants which need serious consideration and intervention. For example, the pittance received by child support grant beneficiaries of only R380 in 2017 falls not only below the upper bound poverty line, but the food poverty line (FPL) as well. To explain, StatsSA describes the FPL as “the rand value below which individuals are unable to purchase or consume enough food to supply them with the minimum per-capita-per-day energy requirement for adequate health”. This means that the money received every month by child grant beneficiaries is not enough to buy the basic nutritional requirements to stay alive.

Disturbingly, the 2017 Medium Term Budget Policy Statement stated that R350-million had been declared in unspent social assistance funds “due to lower than anticipated spending on child support and disability grants as a result of efficiency in eligibility”. We can only assume from the latter part of this sentence that this “efficiency in eligibility” has resulted in the exclusion of a number of households that desperately need the disability and child support grants. This supposed “saving” contradicts statements made by consecutive ministers of finance over the last five years, who committed to eradicating the means test for children and older people due to the very high levels of poverty in these age groups.

However, the biggest challenge with the provision of social assistance is that it does not cover the working age population or what is often called the “missing middle”: those between the ages of 18 and 59. Yet, levels of unemployment are increasing for these very same people. Surely the absence of a grant for this cohort goes against the constitutional obligation that everyone has the right to have access to social security, including, if they are unable to support themselves and their dependants, appropriate social assistance?

The Studies in Poverty and Inequality Institute’s recent report, Monitoring the right of access to social security and appropriate social assistance in South Africa, shows that the value of grants like the old age grant or child support grant is eroded when beneficiaries have to share these monies with other family members who are indigent but do not qualify for social assistance.

This is taking place in a context where beneficiaries are threatened by the possible erosion of their income through the proposal to take money away to fund higher education. Additionally, the grant payment agency, Sassa, has been locked in protracted Constitutional Court litigation regarding its irregular contracts with current payment provider Cash Paymaster Services. This process has shocked the nation both due to the excessive levels of profits being paid to the company, but also due to the lack of any form of accountability by the Minister of Social Development, Bathabile Dlamini.

Whatever the outcome, we need to ensure that social grants are protected from politicians’ vested interests and serve those that desperately need them. The result, otherwise, would be calamitous. DM