Analysis: The road to the ANC conference might be ruine...

Analysis: The road to the ANC conference might be ruined by dispute and confusion – just ask Free State 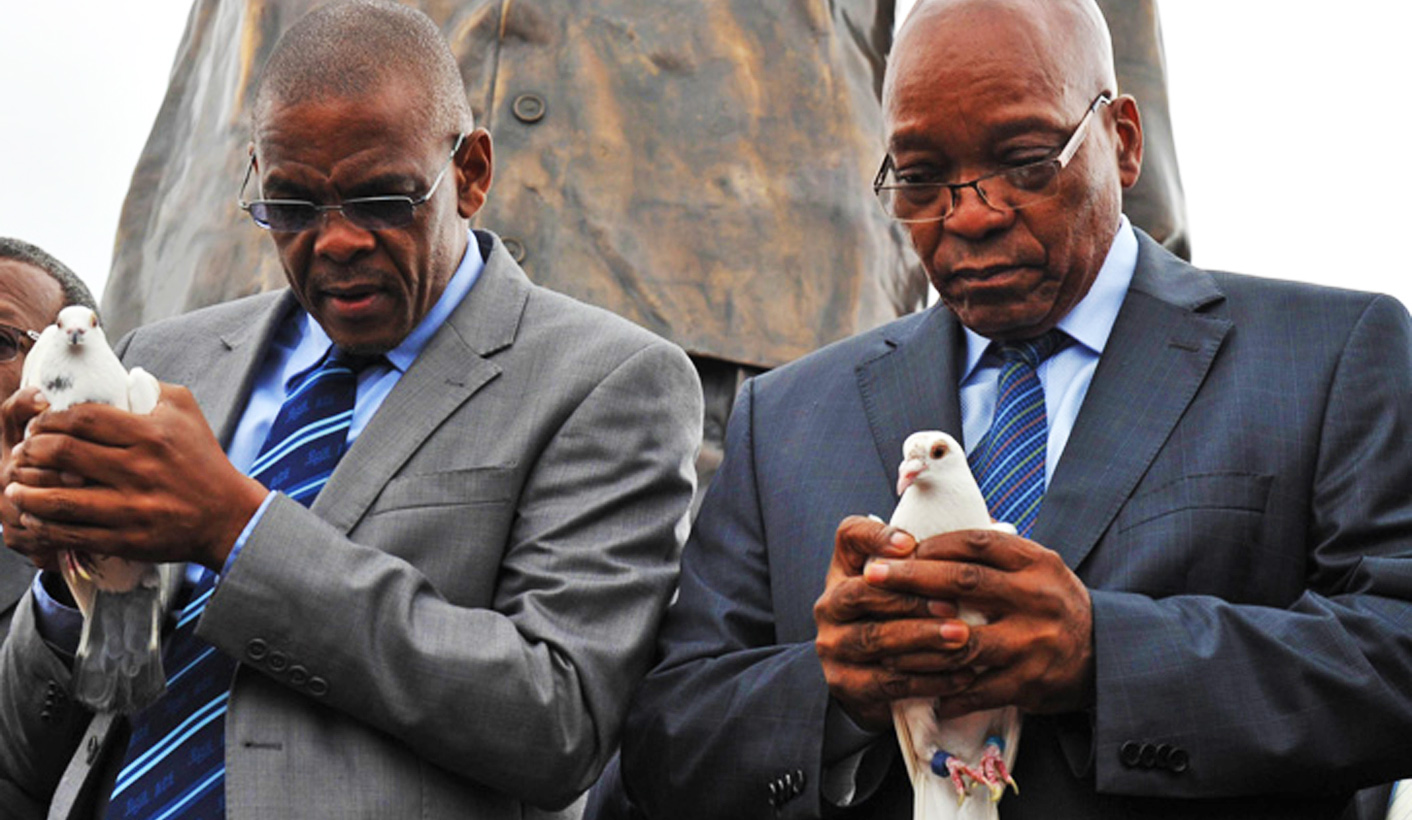 One of the more persistent predictions ahead of the ANC’s national conference has been the claim that it could all fall into chaos marred by legal claims and counterclaims, confusion, flying chairs, and much worse. Despite that, proxies of all sides have been at pains to claim that the conference will happen, and a new leader for the party will be elected. However, events in the Free State ANC on Tuesday evening and then in court on Wednesday show how difficult it may be to make that increasingly distant dream happen. By STEPHEN GROOTES.

First, the ANC in the province held its Provincial General Council (PGC) on Tuesday. Then, just hours later, on Wednesday the High Court ruled that several branch general meetings held in the run-up to that conference had not been properly conducted, which appears to render that PGC null and void. What it almost certainly does mean is that the Free State ANC cannot hold its leadership conference this weekend.

Prepare. The next three weeks are likely to be marked by the the twin potholes of “Confusion” and “Dispute”.

ANC Deputy Secretary-General Jessie Duarte was quoted at the PGC on Tuesday evening as saying the preparations had been “meticulous” and “no one had been left hanging”. But the gathering was marked by the absence of the deputy leader of the Free State ANC, Thabo Manyoni. It’s well-known that  Manyoni and his leader, Ace Magashule, have had a falling-out and that the two were going to go head-to-head at the planned leadership conference this weekend. At the PGC on Tuesday, officials claimed that Manyoni “was in Pretoria” and that no one should “worry” about him.

Then came the final announcement which unsurprisingly went the way of Nkosazana Dlamini Zuma. According to that tally, which will now be disputed, she won 209 branch nominations to 44 for Deputy President Cyril Ramaphosa. In a race in which no province is a completely undisputed bloc, the candidate’s winning, or losing, margin in a province can matter seriously – every vote counts. On the balance of things, Ramaphosa may have been hoping for more. At the same time, something odd happened. The officials did not actually give the tally, they simply announced that the province was backing Dlamini Zuma. It was only after requests from journalists that the tally was made known. While some may believe this was just an oversight, the cynics are likely to ascribe dark motives to an important detail like that.

Ramaphosa is likely to have cheered the judgment of the High Court at around noon on Wednesday. It ruled that the branch general meetings of 29 branches had now been declared null and void. As those branches were counted in the meeting, the PGC is now understood to be, as judges like to say, a “nullity”. This decision has a number of implications, and not just for the PGC.

First, it shows how high the levels of tension are in the province. If officials are pushing this hard to declare that everything was done properly when it hasn’t, the levels of distrust will only go up. Imagine Duarte going to the next province and declaring that “no one has been left behind”. Especially given that Dlamini Zuma was always expected to dominate in the Free State. Why push so hard when you have a comfortable lead?

Second, it is likely to encourage people to go to court in other provinces. They now have more concrete examples of how effective this strategy actually is. This could open the floodgates nationally, all with longer-term effects.

And then there are the problems this presents for the Free State itself.

It should be pointed out that just because 29 branches have to rerun their meetings doesn’t mean Ramaphosa gets another 29 votes. Some of those branches could quite easily have entirely legitimate meetings and come back supporting Dlamini Zuma. The branches that were the subject of this case are likely to have been the ones where the disputes were the most heated, and the two sides the most evenly matched. Some of these branches may have been split 49% to Ramaphosa and 51% to Dlamini Zuma, and a rerun could see the same result.

Then there is the problem for the leadership of the ANC in the Free State. Its mandate ran out in August – it could have, and should have, held a conference long before then. Now it cannot hold a conference this weekend to elect new leadership which means that some branches or regions may decide to simply ignore the instructions from the provincial leadership, or go to court to remove it completely. The result? Chaos. This could have the effect of lowering the number of votes for Dlamini Zuma. This is because the votes given to the elected leadership of the province under the ANC’s constitution will no longer apply. And of course there is the small problem of how on Earth the Free State holds another PGC without an elected provincial leadership.

In terms of the maths ahead of the national conference, the Free State results do not fundamentally change the equations. None of the predictions for the other provinces are changed by this, and so this boils down to the same two questions. How many branches can Ramaphosa win in KwaZulu-Natal? And, what is David Mabuza’s Mpumalanga going to do?

Still, in terms of tone, dispute and rancour, the Free State may be more important. If a province that is supposed to be heavily in favour of one candidate can see this kind of court case and confusion, imagine how a more evenly divided province would look. The Free State ANC at least still has Luthuli House to fall back on to try to resolve disputes politically; there is a mother body that can manage things and try to keep it all together.

But the scope for legal disputes at the national conference is now growing. On Wednesday Business Day led with the suggestion that President Jacob Zuma was so worried about the possibility of the national conference collapsing, he was taking steps to avert it. For those who are aware of his previous track record, that may be seen as a sign that he is actually preparing to do the exact opposite.

Then there is the fact that there are still six more provinces to hold their PGCs. The Gauteng PGC this coming weekend is likely to proceed smoothly, but the situation in North West and Limpopo is more difficult to predict. In the Eastern Cape the leadership is heavily in favour of Ramaphosa, but the conference that saw it elected also saw the creation of the phrase “a festival of chairs”, and those who ultimately lost boycotted the final vote. And then there’s KZN, where tensions are so high several people have already been killed. After everything that has happened in that province this year, along with its own court challenge, it seems unlikely that any outcome there won’t be contested.

All of this means that it is now entirely possible that the ANC goes into its national conference with four or five provinces waiting for the outcome of court cases. This could bring into question the legitimacy of the people gathered there, and thus its outcome. With the result that a judge, or a series of them, could be the final arbiter/s in a process that takes several months.

The outcome of that, as has been discussed previously, may be good for Jacob Zuma. But only in the short term, because Parliament, in the end, may make a decision he would not enjoy. It also should not be forgotten that the roots of this do not lie in this conference, or even the current race for the leadership. They actually lie in what happened in the ANC’s region of Ethekwini two whole years ago. DM