The ANC’s eThekwini-type problem: Is the genie out of the bottle for good? 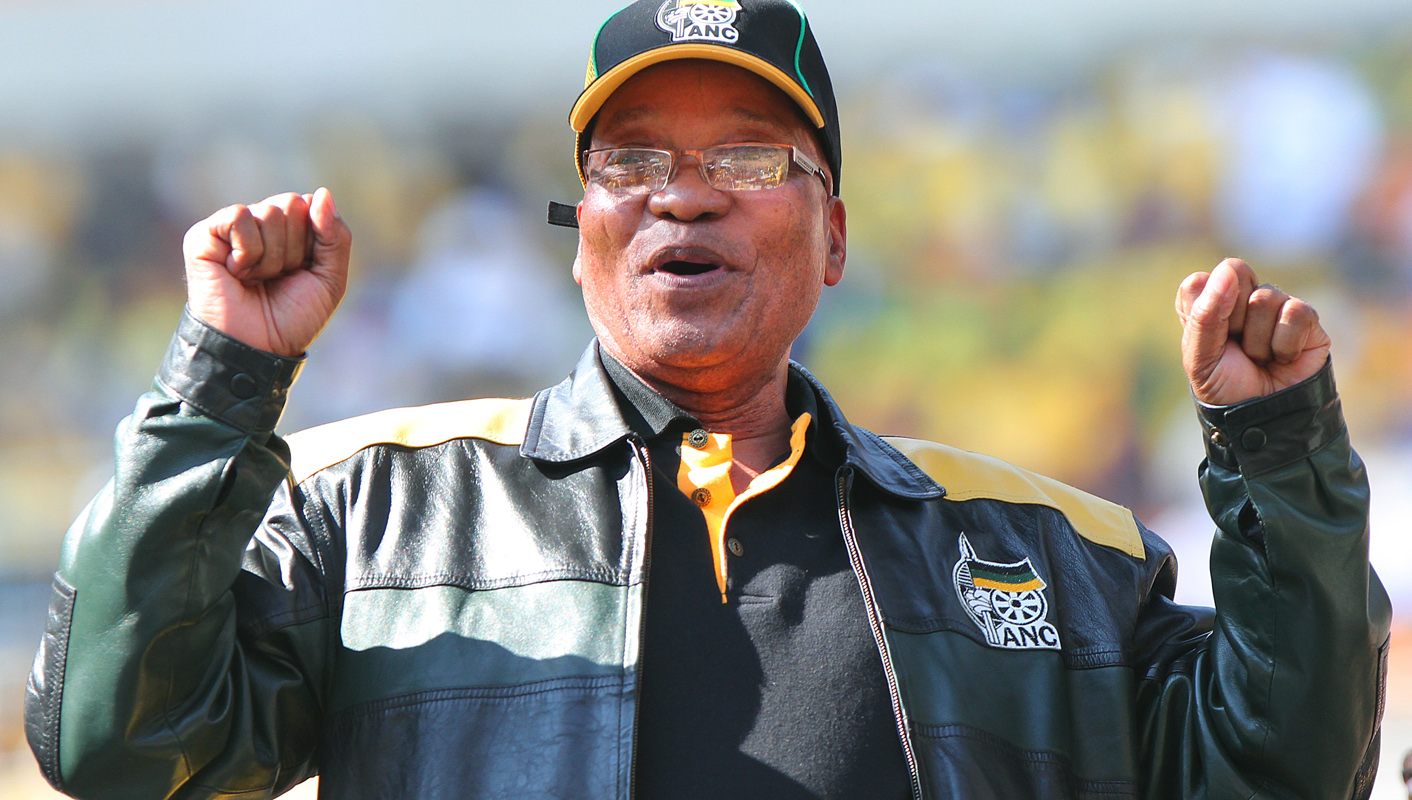 On Saturday the conference of the ANC’s biggest region - eThekwini around Durban - had to be abandoned, after the gathering descended into chaos before elections could be held. While it’s become common for the political gatherings in this country, regardless of the parties involved, to end in disruption, this is different. eThekwini is the ANC’s biggest region, so what it decides is what the ANC in KwaZulu-Natal decides. And, in case you’ve forgotten, the ANC in KZN is why Jacob Zuma is president of the country. That this is occurring in this region is deeply instructive about the ANC in general – and about how all difficult it is for all Gwede’s nous and all Gwede’s acumen to put the party back together again. By STEPHEN GROOTES.

That an ANC region is battling to have a conference is not, in itself, big news. So what? you might ask. But consider this: this was the fourth (that’s right, the fourth!) time that the ANC has tried to hold this conference. Two previous attempts had to be abandoned, while the third conference, which did actually manage to reach a conclusion, was later nullified. At the heart of the problems, as always, is an argument about who should lead the region; eThekwini mayor James Nxumalo is taking on Zandile Gumede. One of the main problems is that the two are evenly matched. Which means the fight has become about who can vote and who cannot, meaning it’s now a technical fight over wards, and their representation.

It’s the old ANC story: a conference almost fails at the credential stage, because that’s actually the real battle – who will win in the end through strength of numbers.

Some in Luthuli House may argue that this is not a big issue. They would be wrong, however. In 2007, the ANC held its Polokwane Conference, which started with booing; delegates shouting and protesting at the use of electronic counting of votes [I seem to remember how that ended – Ed]. Just a few months later, in 2008, the ANC Youth League’s conference in Bloemfontein (hey, who did that give us again?) ended in chaos and bare bums.

In the same year, the ANC in the North West’s conference saw the police being called after disruptions there. The ANC Women’s League has not held a conference since 2008 (which means Angie Motshekga has been its leader for seven years, with just one mandate). And since Bloemfontein, the Youth League has simply fallen apart.

But, my Luthuli House representative would respond, the ANC has had a successful and orderly gathering at Mangaung in 2012, even the Youth League managed a successful conference in 2011, and the North West ANC is not as divided as it was. But all that shows us is that the ANC is fine when holding a conference that is relatively uncontested, but it’s terrible at managing evenly contested elections.

Consider some other changes since 2007: back then, the ANC in the Eastern Cape was supposed to be the kingmaker; it was strong and united behind Thabo Mbeki. Now it has fallen into disarray. Mbeki himself can probably afford a wry smile as he looks at KZN, where exactly the same dynamic is emerging.

Of course two events do not make a trend, but you have to ask how it can happen twice that a leader can come to power on the back of the support of a province, only for that province to be left a few years later in complete chaos.

To work out what is going wrong for the ANC is probably to start by examining when and how these incidents began. Many people would point a finger at Zuma himself; he does have some questions to answer here. He, and he alone, could have stopped the shouting at the start of Polokwane, but he did nothing. He could also have condemned the booing of Mbeki’s deputy, Phumzile Mlambo-Ngcuka back in 2005, but decided not to. Other people within the ANC must surely have taken their cue from him, and as a tactic, it worked – thus it was used again and again, in the North-West, in the Youth League, and now in eThekwini.

But at some point in the history of the ANC, someone was always going to use a tactic as useful as this one. Because so many of the problems are really structural: they’re about the way the ANC was formed, and the lack of real, clear agenda for its place in society now.

Mantashe, of course, will claim that that is not the case; that the reason it exists is to ensure “a better life for all”. All political parties claim that, in the UK, the Lib Dems, the Tories and Labour would all agree that’s what they want. Most of politics is about the best way to achieve that, through socialism, capitalism, or some other “ism”. The ANC, of course, is such a broad church that it combines those of a capitalist bent, such as Cyril Ramaphosa and Tokyo Sexwale, with those who are diametrically opposed to them, such as Jeremy Cronin. It even has space for an odd Stalinist such as Blade Nzimande (who is probably relieved that he was denied that visa by the Israelis.)

While this means that analysis paralysis takes hold of the party on a policy level, at a leadership contestation level, politics just becomes about those who can promise the most, and then find a way to ensure they are not hated by anybody. Politics by consensus means not taking decisions, to win a leadership election in that environment means doing precisely nothing.

Which some might say sums up Zuma’s presidency rather nicely.

One of the other major problems behind this issue is the sheer size of the ANC. It’s all very well for its leaders to go on about how proud they are that they have over a million members, but it is surely unarguable that that simply makes the party harder to manage. And this growth in membership has really been driven by candidates seeking to build bigger constituencies for themselves, in other words, as Mantashe himself has noted, branches often balloon before a conference, because candidates get more people to join to vote for them.

And then, of course, there’s patronage. So many people are prepared to break the normal rules of human behaviour in meetings, because, for them, so much is at stake. Not so much the soul of the ANC, but a future. If your side wins, your tenderpreneur firm will do well and you will become rich. If it does not, a future at McDonalds awaits. If there were other options, the stakes would not be so high, and emotions would be lower.

It is likely that the ANC’s problems in eThekwini are likely to lead to more problems for its National General Council. The NGC (the party’s biggest meeting between conferences) was supposed to be held in June, but it’s been pushed back to September. At the party’s policy conference in 2012, tensions within the North West Province spilled over into the main gathering, when two different speakers from the same province fought over who had the right to speak through the microphone. That was relatively easy to subdue, because the North West is a smallish province. But it would certainly be magnified in the case of KZN and eThekwini.

Of course, the real question is: can all of this be fixed? Can the genie of disruptions be pushed back into the bottle? Possibly, but it’s hard to see how. Certainly, the political genius of Mantashe and Zuma can’t seem to stop it. It may also be unlikely that a leader will ever be elected who fully satisfies everyone, and thus has the mandate to change the culture of the organisation in such a fundamental way.

This, then, might suggest that the ANC’s future is going to be chaotic. Probably. But at least they’ll be able to use elections against other parties to pull everyone together again. DM