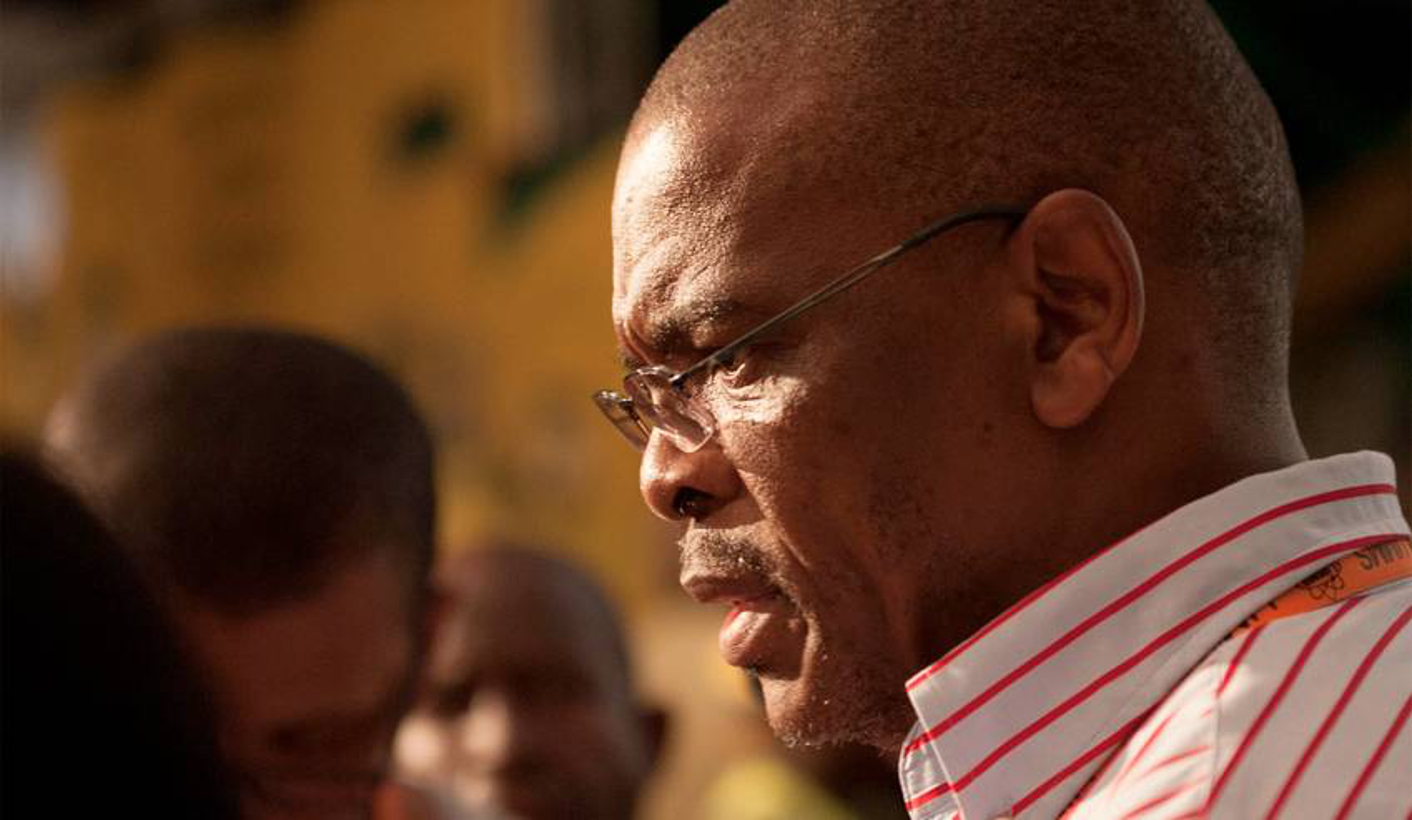 It’s déjà vu for the ANC in the Free State as a court ruling just before the party’s national elective conference throws its preparations into disarray – again. This time branch meetings have been nullified, and it could, again, have a bearing on the provincial leadership. By CARIEN DU PLESSIS.

It’s been a week of high drama in the Free State. On Tuesday, a provincial general council was hastily convened, and, having started seven hours late, the province became the first to formally nominate ANC MP Nkosazana Dlamini Zuma for the party’s presidency ahead of its elective conference at the Nasrec Expo Centre in Johannesburg in two weeks’ time.

Many were surprised at the timing of the meeting, which was supposed to co-incide with the party’s provincial conference this weekend. It was, however, apparently moved earlier to pre-empt the unfavourable court judgment the next day.

On Wednesday morning, a court declared that 28 branch meetings held in the province in August, September, October and November were “irregular, unlawful, unconstitutional and/or in breach of the ANC constitution”.

The court ruled that the “decisions, resolutions and outcomes of the aforesaid meetings are null and void” and that the provincial conference, scheduled for this weekend, could not go ahead before the meetings were properly convened.

Ironically, in a festival of court cases of sorts in the province, an earlier court ruling compelled the province to go to conference sooner rather than later because it was due to have happened in May already.

Provincial secretary Thabo Meeko said the initial conference was postponed because the party had to wait for the national office to audit branches first. Some from the opposing camp argued that he was dragging his feet because the numbers didn’t look favourable.

The results of the last elective conference three years ago were perilously close, so this is a fair assumption.

If any delegates were chosen or nominations made at these branch meetings, it could mean the PGC would have to be re-run or, alternatively, the contribution from these 28 branches would have to be counted out.

Their nominations would have been written on forms with the branch name on them, so it’s easy to pick these out. Delegates from these branches would also have to be disqualified, which could mean a minor setback in numbers for whichever candidate (presumed to be Dlamini Zuma) they would have supported at the national conference.

Supporters of Deputy President Cyril Ramaphosa had threatened to take the province to court on the PGC too because it was convened with less than 24 hours’ notice, which means it could have been unprocedural.

A total of 307 out of 409 delegates to the national conference attended after those in the Ramaphosa camp boycotted it. Even the province’s deputy chair, Thabo Manyoni, couldn’t make it because, Ace Magashule said, he was in Pretoria for a meeting that day.

Others, however, claim he deliberately stayed away with the rest of the Ramaphosa camp.

When the envelopes containing nominations from the branches were opened by the party’s electoral agents, it revealed that 209 branches nominated Dlamini Zuma, while only 44 threw their weight behind Ramaphosa.

Free State was the first province to nominate Dlamini Zuma after the Western Cape and the Northern Cape in the past week or so overwhelmingly nominated Ramaphosa. This was a psychological victory at this point more than a numbers lead, as these two provinces together have fewer than 400 delegates – less than half that of the entire KwaZulu-Natal’s delegation.

The legitimacy of the Free State provincial leadership, whose term expired a few months ago, will also be in question going into the national conference. Like in 2012, the province might have to go there led by a provincial task team again.

Five years ago this kind of setback didn’t really make a dent in the support to their candidate, President Jacob Zuma, but this time around the race is much closer and every little bit counts.

The Free State might only be the seventh largest, but it is an important cog in the Dlamini Zuma campaign machine as one of the long-standing “Premier League” provinces. This is attested to by ANC Free State premier and long-standing party chair, Magashule’s position on the Dlamini Zuma slate – secretary general, a full time position and full hands-on one in terms of the mechanics of the party. The stakes are also high for him, as his second term as premier is set to run out in 2019.

Because the presidential race is so close, caucusing and campaigning during the conference itself could make a difference in voting, and Free State officials are to play a role in that.

Provincial officials are, however, saying that they would hastily try to convene these branch meetings again, which might be easier said than done in a contested environment.

The Free State isn’t the only province to be plagued by court action. In KwaZulu-Natal party members in the Ramaphosa camp want an execution order to dissolve the pro-Dlamini Zuma leadership after a court ruled in September that the 2015 conference where they were elected was illegal and void.

The province is set to hold its PGC next week – and sparks could yet fly before that too. DM