ISS Today: A female al-Shabaab ex-commander who escaped speaks out 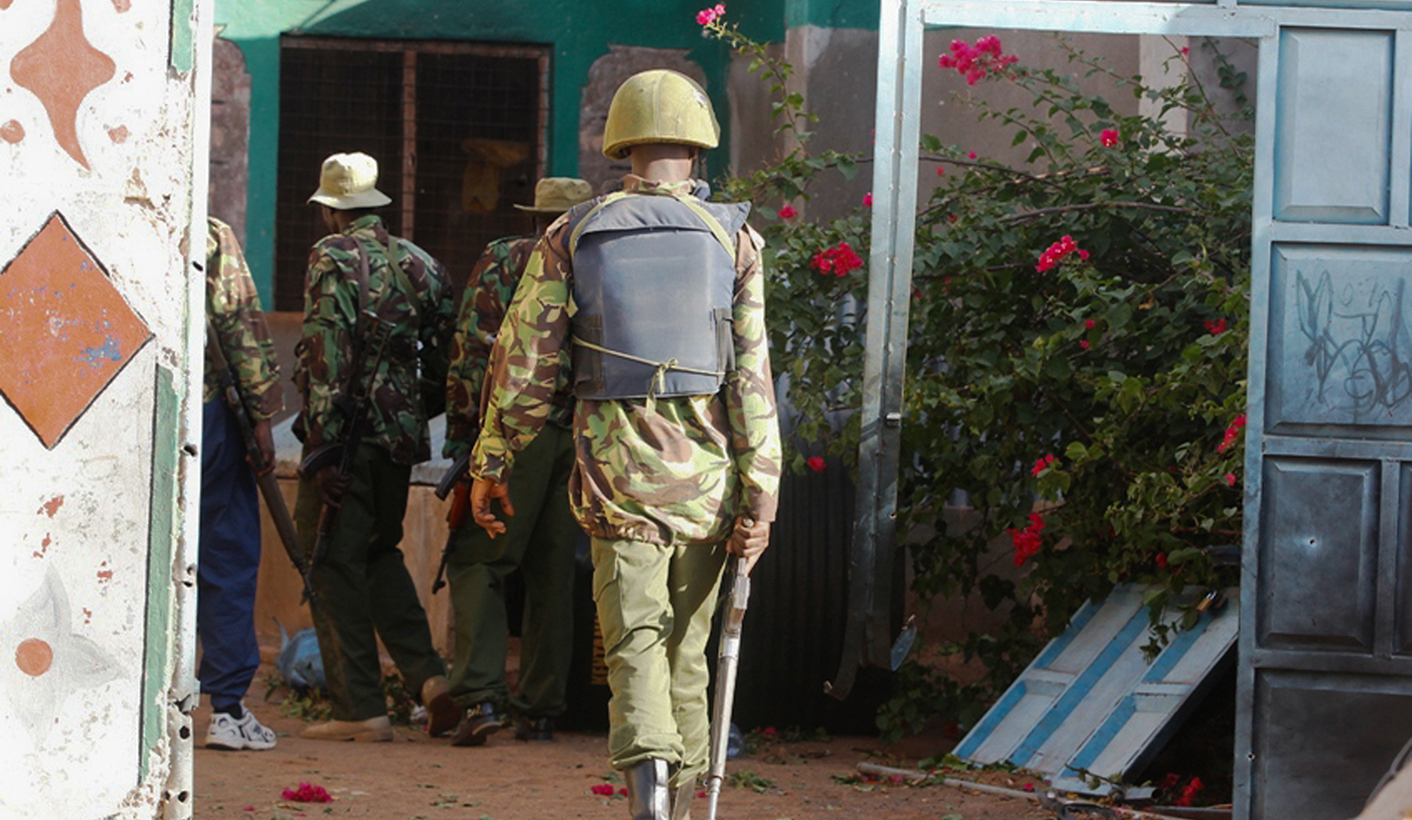 In the second story on women and extremism, Khadija tells of her fear of al-Shabaab and the Kenyan government. By Cassidy Parker for ISS TODAY.

“I have to go,” she says. And is gone. A few moments later, he calls her back, as he has several times, and she talks some more – anxiously and assertively all at once. He translates her Somali into English as she negotiates her mistrust for the people to whom she is telling her story on the one hand, and her desire for her story to be heard on the other.

This is Khadija (not her real name), a Somali Kenyan woman who, four years ago, was kidnapped leaving Kenya in pursuit of work and taken to an al-Shabaab camp in Somalia. Although there are no experiences of women recruited by al-Shabaab that can be said to be typical, hers stands out starkly. Khadija, brought to the camp a prisoner, escaped a commander.

In their research for the recent monograph, Violent extremism in Kenya: why women are a priority, researchers from the Institute for Security Studies (ISS) attempted to interview 15 returnees. Of this number, only three interviews were successful. Although known female returnees exist, almost none were willing to be interviewed, fearing exposure and retribution by al-Shabaab, Kenya’s security forces and their communities.

Of the three interviews secured, the one with Khadija – conducted through an intermediary, a man who spoke Somali – proved to be the most fraught with tension and the most logistically problematic. Her fear and suspicion of Kenya’s security forces informed her refusal to meet in person and her persistent disconnecting of the phone line. She rushed the interview, mentioning scant details about her background and childhood: a broken home, the bully she was as an adolescent, little more. Instead, she cut to the chase.

When she was 20, Khadija travelled from her home town of Garissa to Mombasa, unemployed and desperate for work. From there, she boarded a bus under the assumption that that she was being taken to a new job in Somalia. Instead, she was drugged and taken to a Somali al-Shabaab camp.

“When I got to the camp, I received religious and weapons training, which involved combat and suicide bombing training,” she says. “I was a virgin when I arrived. Soon after, I refused to have sex with one of the fighters. When he tried to force himself on me, I fought him off and stabbed him. He died.”

Khadija lost a few teeth in the attack. (At one point during the interview, she sends a photograph of her mouth to the intermediary as evidence.) The incident, however, caught the attention of the al-Shabaab fighters and she was appointed a commander. “I was brave,” she says. “That’s why they made me a commander. They could see my bravery.” For the rest of her time in the camp, Khadija was in charge of its approximately 40 women, most of whom were Kenyan.

Khadija claims never to have been sexually abused or raped during the time she spent with al-Shabaab. In a context that sees repeated and ongoing sexual violence against women, her case is the exception.

She speaks openly about the abuse the other women in the camp endured, though, explaining that some were forcibly married to fighters and estimating that almost three quarters contracted HIV as the fighters refused to use condoms. She mentions, too, that the fighters would rape the women while they were menstruating. Since sex with a woman during menstruation is forbidden under Islam, this added traumatic insult to heinous injury.

“There were also a lot of children and babies in the camp,” she adds. “But no one was really taking care of them.”

Khadija escaped when she was sent to the market to buy food one day. She took the opportunity to sell her gun and used the money to flee to Kenya. Her return, however, hasn’t been smooth. “I chose to came back to Garissa because of the amnesty programme, but I haven’t enrolled in it. I’m afraid of how the government will treat me and what they will do to me,” she says.

The Kenyan government has a number of initiatives in place to support returnees who wish to disassociate themselves from al-Shabaab, including an amnesty programme. In principle, the programme seeks to rehabilitate returnees and reintegrate them into society. In practice, however, communication about the programme is poor and safe houses have not been established for returnees and women whose husbands have been recruited.

More than anything, returnee support for the programme has been limited by their fear and mistrust of the government and its security agencies. Assuming they know about the programme at all, returnees simply steer clear.

The hard security approach adopted by the Kenyan government has alienated returnees, Somalis and Muslims in Kenya due to both the perceived and lived reality of ethnic and religious profiling. Government security agencies have been accused of disrespect, harassment, brutality, invasive body searches, interrogations, mass arrests and disappearances. Donors operating in the region describe mistrust between the government and its citizens as “one of the biggest challenges” in dealing with violent extremism.

The government’s reputation fuels Khadija’s fear. Her anxiety is also exacerbated by the senior position she held in al-Shabaab, which makes her valuable not only to the Kenyan government but also, of course, to al-Shabaab itself. As a result, like many returnees, Khadija remains in hiding. She is currently living with friends, she says, and is still unemployed.

Khadija’s experiences notwithstanding, her leadership streak persists and she has expressed an interest in becoming involved in educational activities as a peer counsellor. All too aware of the extent to which efforts are falling short, Khadija wants to see better programmes for returnees put in place. “Current initiatives in our community need to be strengthened, including leadership programmes,” she says. Given her experiences – and given the opportunity – Khadija may well be an ideal candidate for this work.

For the final time, Khadija rings off. The line goes dead with a click. DM

Khadija was one of three returnees interviewed in late 2016 by ISS researchers for the monograph Violent extremism in Kenya: why women are a priority. The research was commissioned by UN Women Kenya

See the first story on women and extremism in Daily Maverick here:

Photo: Kenyan police officers patrolling at the scene of an attack by suspected militants of al-Shabaab, Somalia’s Islamist militant group, where at least 14 people were killed on 07 July 2015, early morning in Mandera county, northeastern Kenya, 07 July 2015. Mandera County Commissioner Alex Nkoyo said the attack took place in Soko Mbuzi village in Mandera County near the Kenyan border with Somalia and 11 people were also wounded in the attack. Photo: EPA/STR