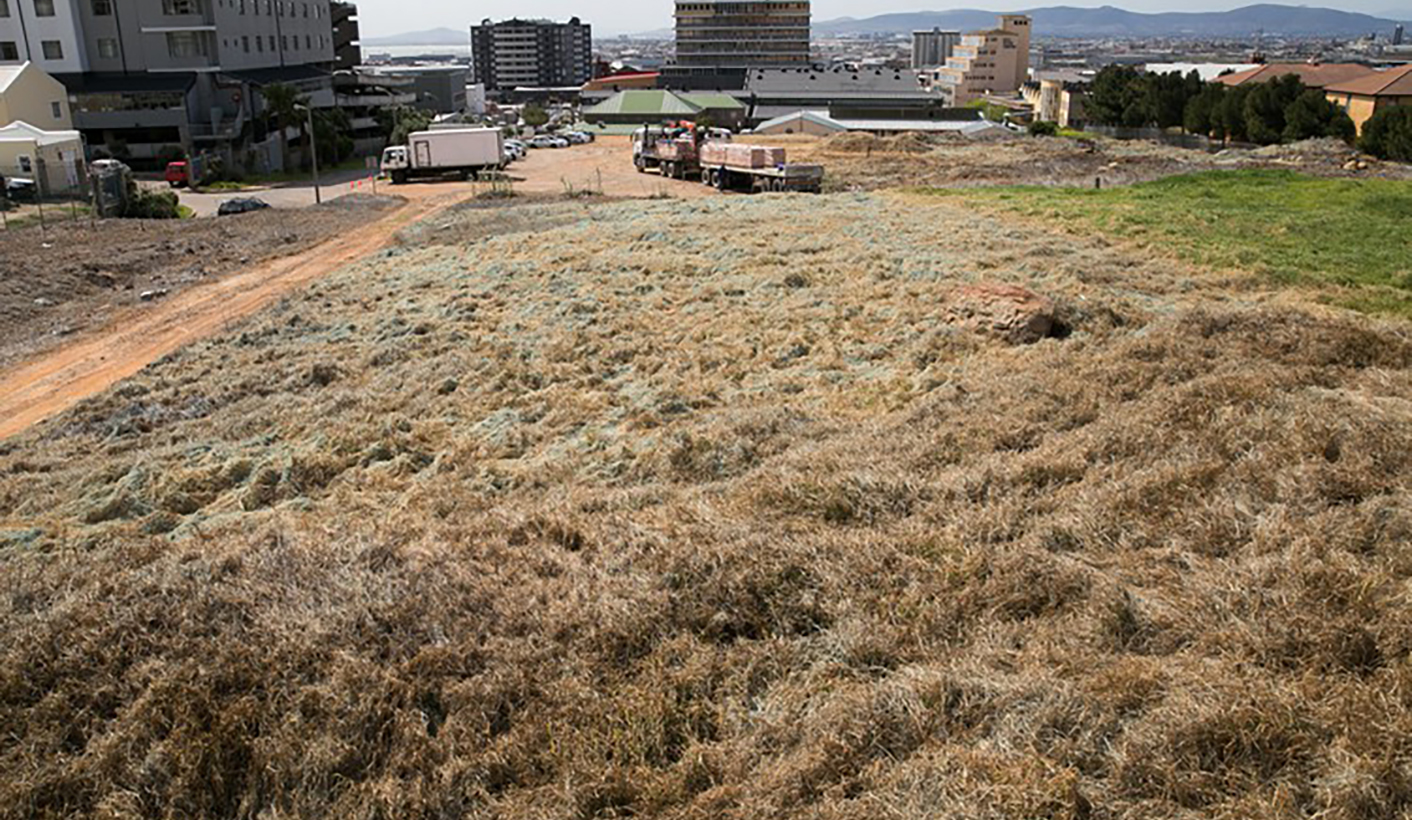 Affordable housing is necessary. Let’s work together to make it a success. By Nick Budlender for GROUNDUP.

Cape Town is a divided city consisting of people who have access to housing and people who do not. While there is an oversupply of exclusive housing for the wealthy, there is a chronic shortage for residents earning less than R18,000 per month. When one considers that roughly 75% of Cape Town households fall into this bracket, it is clear that we are in the midst of a profound housing crisis.

The water crisis has mobilised many of us to act for the good of our city. But, when a housing crisis that has the most devastating effect on poor and working-class residents unfolds over a generation, we “um and ah” about it. Something must be done.

Government at all levels, as well as the private sector, must ensure that thousands of truly affordable homes are built in well-located areas and we should ready ourselves for these necessary and landmark changes.

The City of Cape Town’s plans to develop social and affordable housing on 13 sites in Salt River, Woodstock and the city centre should be welcomed by all as a step in the right direction. This is not just the right thing to do but is, in fact, what the city is obliged to do in terms of spatial planning, housing law and its core policy commitments and strategic plans.

That doesn’t mean that there will be no issues. Some would use any excuse to protect what are narrow and self-serving interests while professing to be broadly in favour of affordable housing. They hide behind what seem like rational arguments and concerns when in reality, they just do not want any change or to live next to people of a different race or class.

However, Ute Kuhlmann’s recent article on GroundUp raises genuine concerns about the suitability of the plans given how they may affect some residents on the surrounding streets, as well as a possible impact on public services in the area.

It is true that Woodstock is already very diverse and possibly one of the most integrated neighbourhoods in the city. Kuhlmann argues that if city officials were really concerned about disrupting spatial apartheid, they would build social housing in areas with a larger white population. While I certainly agree that white areas like Claremont and Sea Point desperately need affordable housing, there are a few reasons why Kuhlmann’s argument falls short.

Our history encompasses the full breadth of our city. We cannot talk about forced removals and segregation without talking about the sites of removal and where these displaced communities were then relocated to. Similarly, we cannot talk about redress without looking at the city as a whole. These 13 developments will help to restructure the city.

It is therefore short-sighted to argue that the city should start elsewhere. The reality is that these plans will only go a small way to transforming our vastly unequal city and no well-located area should be considered too up-market or too valuable to remain unintegrated. So, let’s start somewhere.

Woodstock and Salt River are the perfect locations. The need here is great. Gentrification is displacing poor and working-class black and coloured families. If nothing is done immediately, Woodstock will soon become as exclusive and white as the rest of central Cape Town. And so, Kuhlmann is correct in describing the development of affordable housing in Woodstock as “low-hanging fruit”. The land is cheaper, for now, and the city owns a lot of it. So it makes sense that the development of affordable housing begins where it is easiest to do so.

Kuhlmann also raises a concern about the scale of the developments. She feels the neighbourhood cannot support so many new people on so few sites. The Woodstock Hospital Site, for example, will have a minimum of 700 mixed-income affordable units and possibly more when market-rate units are added to help cross-subsidise.

The reality is that these sites will be dense, possibly up to eight storeys high. But, this is exactly the kind of density we need in the inner-city and is similar to many new private developments in the area, which residents have not opposed.

For instance, The Six on Sir Lowry’s Road is an eight-storey private block that has 584 dwellings per hectare. If the hospital site were developed at the same density per hectare, it would accommodate over 1,000 households. In fact, even more people could be comfortably housed as less bulk will be consumed by large penthouses and unnecessary parking bays.

Trying to stop the inner-city from densifying hurts the whole city. The fact is that Cape Town’s urban form is highly dysfunctional and unsustainable, in large part due to the low population density of the inner-city and surrounding areas. Meanwhile, the city continues to sprawl in places and the vast majority of people live in dense townships on the periphery. Think about any city internationally that is walkable, liveable and full of life: they all contain many dense midrises. If we are to build a socially, economically and environmentally-sustainable city, then we must densify well-located areas.

In any case, given the economic pressures, Woodstock and Salt River will densify no matter what. The city has already granted zoning rights across much of the area for private developers to build up to ten storeys. Large private developments have emerged rapidly all over Woodstock to take advantage of this, with many more still in the pipeline. So the question really becomes, density for whom?

I won’t attempt to defend the city’s public participation processes. Time and time again the residents of Cape Town have been let down by public participation processes that are either meaningless or non-existent, and the city needs to make sure that the intended beneficiaries and surrounding residents are thoroughly consulted about the proposed plans. In fact, this was a public commitment made by Mayco Member Brett Herron and we should hold him to that.

The reality is that the administration has next to no capacity to carry out meaningful public participation that moves beyond public meetings, and they have never done it before. The city needs to get behind these commitments and make sure that officials are mandated to engage in a proper process of consultation. It also needs to have the necessary budget to do so. Time is running out.

Ultimately we can’t have any truly meaningful discussions until the tender results are in and open to the public for inspection. In the meantime, we should all try to engage in good faith with an open mind to what is possible based on accurate information. It is not only up to the city to make this a success. It is also up to all of us.

Photo: This property in Pickwick Road is the largest of the sites marked by the city of Cape Town for affordable housing in the Woodstock/Salt River area.