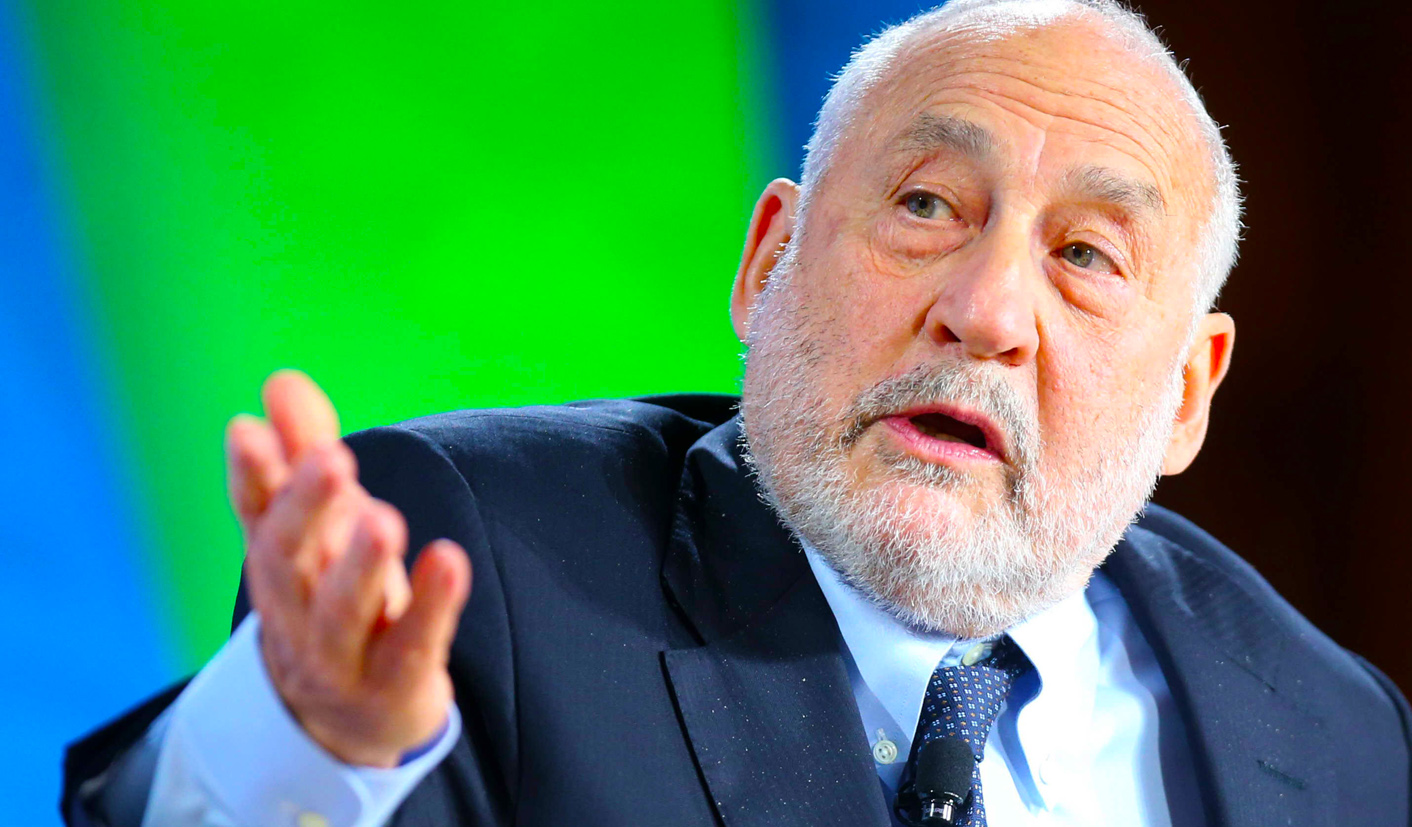 As United States President Donald Trump promotes a new trade protectionism, the developing world can use the opportunity to create a better system of globalisation, but there’ll be resistance from US companies when reforming laws such as intellectual property regimes, said Nobel laureate Professor Joseph Stiglitz in Johannesburg. By GREG NICOLSON.

“Don’t normalise him. Don’t treat him as a normal person. Therefore, don’t give concessions to him that you wouldn’t give to a normal person,” he continued.

Stiglitz suggested that Trump posed a threat to the US’s international standing. “If America is going to be a first-rate power then he will go.”

Stiglitz, whose new book Globalisation and its Discontents Revisited will be released later this month, was speaking to a packed audience on intellectual property and social welfare. He said developing countries must use the Trump administration as an opportunity to realise that the US hasn’t played the global leadership role it claims to have and take the initiative to negotiate new systems of globalisation, such as reforming intellectual property laws that benefit large corporates at the expense of social welfare.

The South African Department of Trade and Industry released its draft intellectual property policy in August, which proposes changes to intellectual property law that could improve access to treatments for illnesses such as cancer, tuberculosis, HIV, mental health conditions, hepatitis and epilepsy. Currently, many patients cannot access treatments due to prices inflated by the country’s patent laws.

Stiglitz, who authored a recent paper on the issue, welcomed South Africa’s draft changes and urged the country to continue working on the paper. “Any intellectual property regime has to get a balance on innovation on the one hand and dissemination on the other,” he said.

“You should be very concerned about anything that impedes competition,” said Stiglitz, warning South Africa and other developing countries of assisting corporations like big pharmaceutical companies to establish monopolies that don’t benefit local health systems or economic growth.

“There’s a whole history of using intellectual property law to try to squelch innovation,” he said. One of the co-authors on the recent paper, Professor Arjun Jayadev from the University of Massachusetts, pointed to India, which has developed its pharmaceutical sector significantly by allowing the manufacturing of generic medicines.

Stiglitz warned that large US companies would fight back against South Africa’s proposed patent law amendments. He noted the local fight to amend laws to provide affordable access to antiretroviral treatment and the legal battle mounted by pharmaceutical companies.

“South Africa will now undoubtedly face all manner of bilateral and multilateral pressure from wealthy countries,” Stiglitz wrote recently. “But the government is right, and other developing and emerging economies should follow in its footsteps.”

He warned that the US, under pressure from large corporates, would threaten developing countries pushing changes with measures such as withdrawing benefits associated with the US’s African Growth and Opportunity Act (Agoa).

Stiglitz is a strong critic of Trump and has said he has “fascist tendencies”. The American president’s new protectionism won’t work, he said. Amid the instability, developing countries like South Africa need to fight for a fairer form of globalisation. DM

Photo: Nobel Prize of Economy Joseph Stiglitz speaks during a conference in the frame of the Annual Meeting of International Monetary Fund (IMF) and World Bank (WB), in Lima, Peru, 09 October 2015. Stiglitz made a call to ‘rewrite the rules of the market’ to fight inequality. EPA/Ernesto Arias