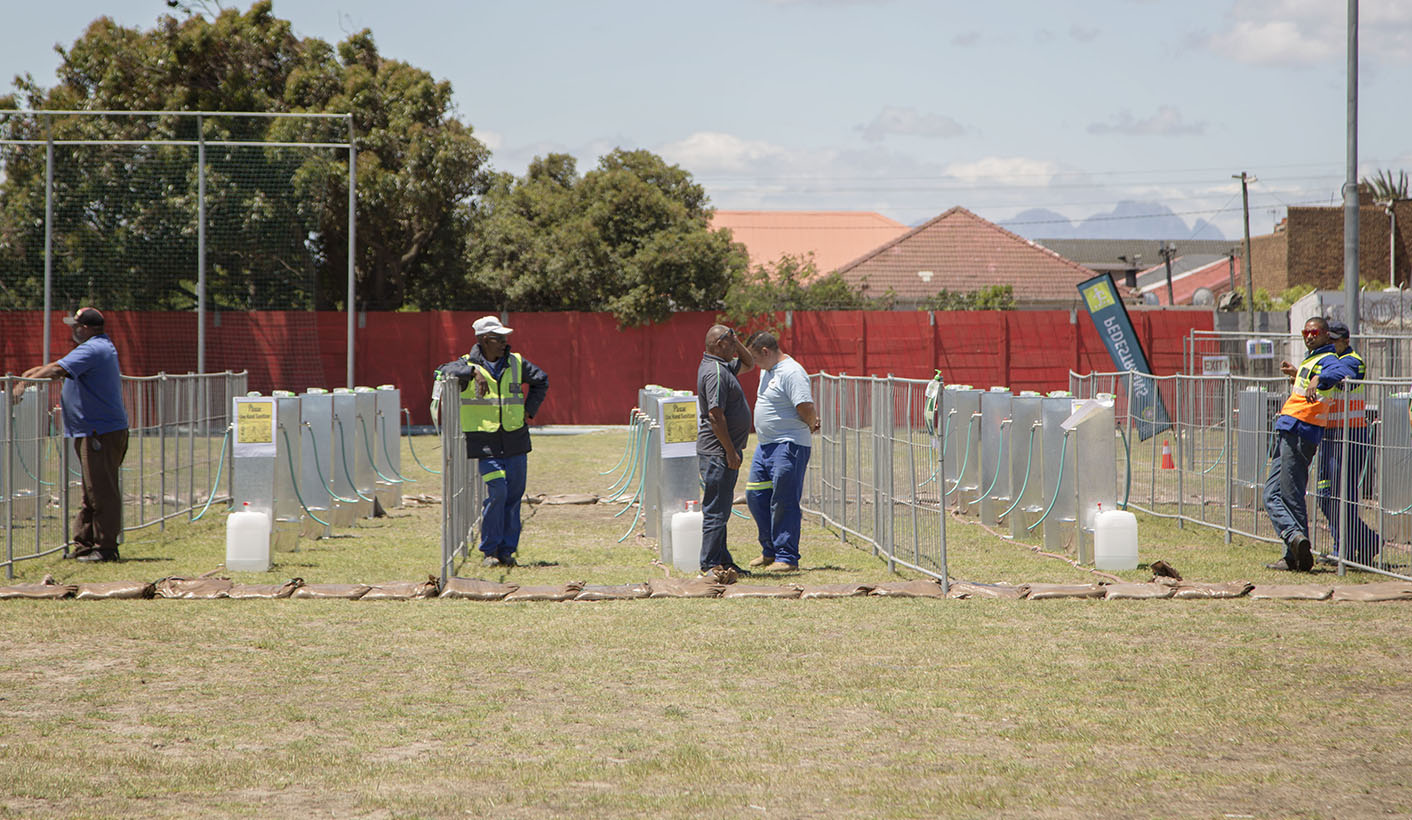 Cape Town’s dams are sitting at just over 36%. With the last 10% of water unsuitable for drinking, the city could be forced to turn off the taps next year if water consumption is not drastically reduced. In this worst-case scenario, projected to be reached on 13 May, residents could be forced to collect water at distribution points around the city. Cape Town Executive Mayor Patricia de Lille announced the City’s disaster management plans in the event of “Day Zero” – the day the dams run dry. By LEILA DOUGAN & AYANDA CHARLIE for CHRONICLE.

“We have calculated that at 13.5% dam storage the City will turn off almost all taps. This (will be) Day Zero,” Cape Town mayor Patricia de Lille said at a briefing held at a sports complex in Maitland, where a prototype distribution point was set up to demonstrate how water would be dispensed.

Using water from the current piped network, 200 distribution points would be put up across the city. Residents would be able to collect 25 litres of drinking water per person per day, which is in line with the World Health Organisation’s recommendations of the minimum amount of water for people to maintain health and hygiene. The distribution points would operate 24 hours a day and a “public health communications campaign will be mounted in advance to ensure that all sanitation systems continue to function and limit the risk of disease”.

Police were present at the sports ground during Thursday’s demonstration, along with City officials. The mayor said that, in the event of Day Zero, their presence would help to “maintain law and order”.

“The police will not just be standing around waiting for a riot or for people to be unhappy, they will be helping… everybody will be busy,” she said.

At each collection site citizens would line up to receive up to 25 litres of water per person, with a separate queue for the differently abled. Prior to filling their vessels, each person would be given a dose of hand sanitiser.

De Lille added that the City of Cape Town will be bringing an additional 144 megalitres of water online between February and July 2018. More water is expected to come online in the months thereafter. According to De Lille, additional water is currently being moved in from the Molteno Reservoir in Oranjezicht and the Atlantis Aquifer, at two million and five million litres a day respectively.

According to the mayor, there are currently seven first phase projects under way. These projects include Monwabisi, Strandfontein, the V&A Waterfront and Cape Town Harbour desalination plants; the Atlantis and Cape Flats Aquifer projects, and the Zandvliet water recycling project, which will collectively produce the additional 144 megalitre yield. The City says that there are also 12 projects currently in the advanced stage of planning that are ready to proceed if required.

While taps would be turned off in Cape Town’s suburbs, the mayor stressed that water would still be available in informal settlements, to limit the spread of disease, albeit at reduced pressure.

De Lille urged residents to continue limiting water consumption to 87 litres per person per day. “If we don’t have everyone restricting their water consumption, we will reach Day Zero in May,” she said.

Due to water-saving efforts by residents, the projected date that the city could run out of water – if the current pattern prevails – has shifted from March to May 13. DM

Photo: City officials demonstrate water distribution points that will be set up around Cape Town if the city runs out of water and reaches ‘Day Zero’. Photo: Leila Dougan/Chronicle