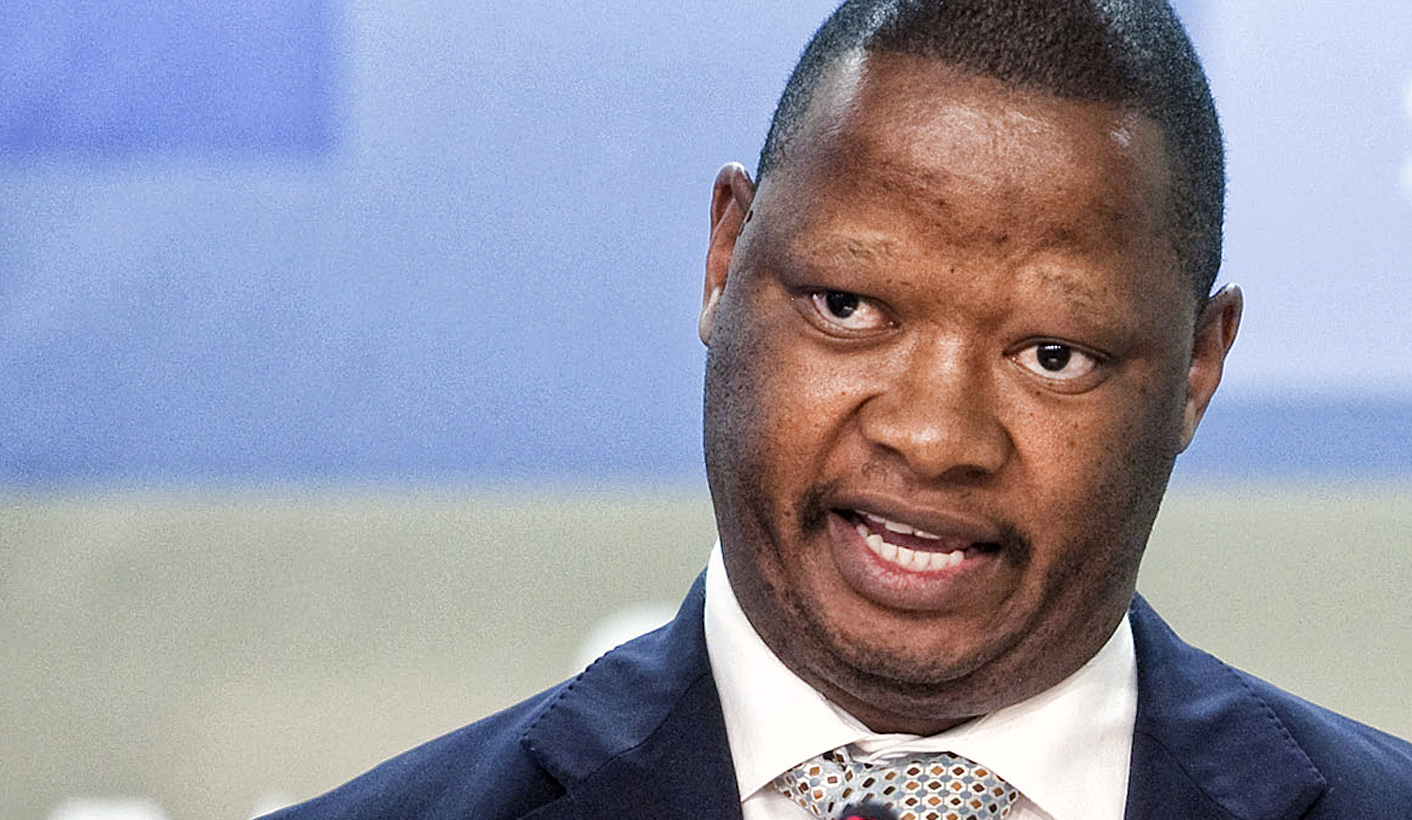 Parliament’s audit committee report that laid the basis for disciplinary proceedings against Secretary to Parliament Gengezi Mgidlana will not be made public. But how the report would be handled sparked heated debates on Thursday in the Joint Standing Committee on the Financial Management of Parliament. A vote settled the matter, for now: all parliamentarians could have access under supervision and confidentiality. But the DA is writing a letter of demand to Speaker Baleka Mbete for the committee members to each get a copy. It might all sound esoteric but it goes to the heart of the interplay of politics, governance and administration. By MARIANNE MERTEN.

What got DA Chief Whip John Steenhuisen hot under the collar on Thursday was that Joint Standing Committee on the Financial Management of Parliament co-chair Vincent Smith had received a copy of the audit committee report last week, but not anyone else.

That copy was handed over on Friday – by National Assembly Speaker Baleka Mbete, Daily Maverick has confirmed – two days after Parliament officially announced it had asked its Secretary to Parliament Gengezi Mgidlana to give reasons why he should not be put on cautionary suspension pending the finalisation of disciplinary hearings.

Mgidlana has been on special leave at his request since 9 June pending the audit committee’s probe into what Parliament in its statement last week described as “allegations of maladministration and abuse of power”.

“The allegations investigated by the (internal audit) committee included Mr Mgidlana’s receipt of an ex gratia payment of R71,000, improper allocation of a study bursary, improper travel management and irregular procurement of services… After applying their minds to the report, the presiding officers have decided that the recommendations and allegations made are serious and warrant that Parliament institutes a disciplinary process against Mr Mgidlana,” said Parliament.

“Consistent with the principles of natural justice, the Secretary to Parliament remains innocent until proven otherwise by a due process – which the presiding officers hope will be conducted and concluded without delay.”

Mgidlana throughout has dismissed wrongdoing, and last week in a statement issued through a lawyer, said he “is confident that he will be cleared and exonerated of all the allegations of wrongdoing”.

At Thursday’s committee meeting it emerged that not even Mgidlana had received a copy of the audit committee report; he was given the opportunity to read it under supervision.

DA Chief Whip John Steenhuisen argued that Smith having received a copy, and no one else, had undermined the established parliamentary proceedings on handing documents considered confidential. He said such documents should be kept in a safe, with access recorded and supervised and with no recording or writing devices allowed.

“It’s not an HR matter. Every single time we’ve raised matters of Mr Mgidlana and his behaviour… we’ve tried to table documents regarding use of vehicles, blue lights we’ve been battered to touch (pending this audit report),” he said. There was also concern over manoeuvrings to avoid consequences in favour of a golden parachute: “I have a suspicion there’s a schlenter deal.”

His deputy Mike Waters earlier argued that everyone on the committee should get a copy of the report to keep in strict confidentiality because of the committee’s oversight role. “We are dealing with alleged maladministration, alleged financial irregularity. We don’t know what’s in the report… We want to expose whatever irregularities have been going on at this institution for it not to happen again.”

Smith dismissed this argument. “The fact that I received it does not compromise anything… Let’s agree this document is kept under lock and key, available to any MP without a pen, without a cellphone, without a recorder,” he said, undertaking that he would return his copy to Mbete or her deputy that very same Thursday evening.

Earlier, ANC NCOP delegate Tasneem Motala said the report was “an HR matter”, not part of the committee’s oversight mandate. “For me, if that report gets made public, it must get made public to all MPs because it’s not in the mandate of this committee to (be) looking into HR matters or disciplinary (matters).”

Her NCOP party colleague Motalane Monakedi, also the committee co-chairperson, had emphasised that this was a “very sensitive process that must be handled with care. If we don’t we run the risk of jeopardising the whole process”. It was a sentiment shared by IFP Chief Whip Narend Singh that if “any part is leaked then it can jeopardise” the process as it opened the door to claims of trial by media. But Singh also pointed out that the committee needed to be informed of the charges and time frames of the disciplinary proceedings.

It got tense. As the DA MPs questioned again why had Smith received a copy of the report, and no one else, ANC MP Elsie Coleman stepped in to bat for the co-chair. Then it was to the vote, and adjournment.

However, Steenhuisen told Daily Maverick that Mbete would receive a letter of demand that each of the committee members would get a copy of the report to be treated in confidentiality. The fact that one MP received it, and not the others, had “fatally flawed” established parliamentary proceedings.

In all of Thursday’s political heat around the processing of what appears to be viewed as a hot potato, the audit committee report actually has not yet been formally tabled before the committee, or Parliament. In effect, it means it doesn’t exist.

How it all unfolds from here, and its impact, remains to be seen. DM