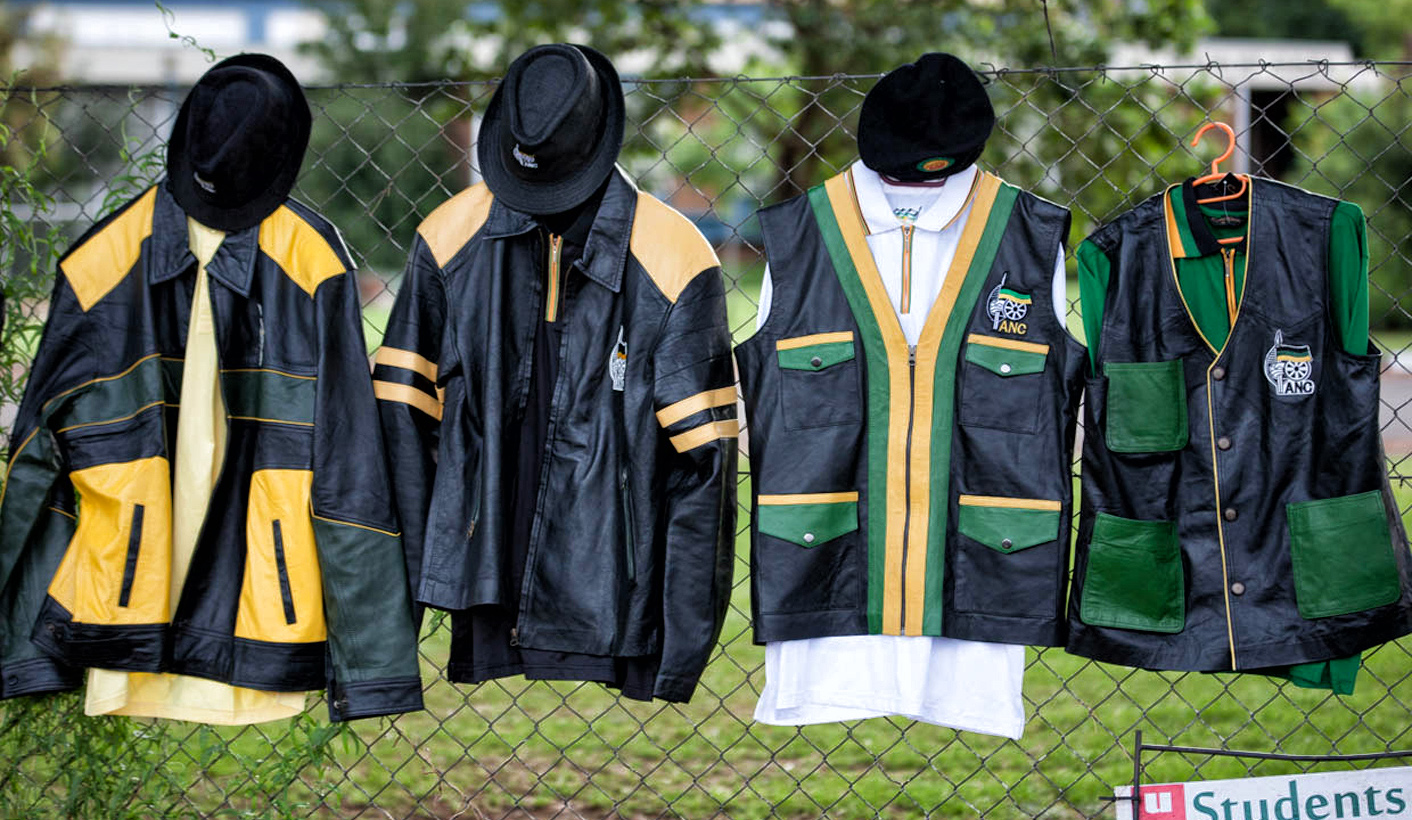 Less than a month stands between sometimes chaotic branch meetings, a rising number of disputes, a consultative gathering by angry party veterans, and the ANC’s much-anticipated elective conference that starts at the Nasrec Expo Centre in Johannesburg on 16 December. Still, so tight is the race that no party insider in the know would dare to bet on a front runner. By CARIEN DU PLESSIS.

A letter leaked on ANC WhatsApp groups this week, written by the secretary of the party’s Nelson Mandela Bay region, summed up the current mood pretty accurately.

Entitled “Postponement of BGMs”, it said all branch meetings in the region would be postponed for a day because the provincial administrator, named in the letter, “has run away with the BGM packages of the region”.

Intervention from national level had been requested:

“We sincerely apologise for any inconvenience this may have caused but we (sic) your understanding in this regard would be highly appreciated,” it concluded.

It’s not clear how this matter was resolved, but many ANC members recognised their own branches in this scenario – and the regional secretary’s despondent tone was just as familiar.

The “BGM packages” are part of party Secretary-General Gwede Mantashe’s anti-rigging strategies. They contain an attendance register which is also a list of eligible branch members, as compiled by the national office, which must be signed by each member attending to show that there was a 50% plus one quorum at the meeting. Also included are nomination forms and instructions.

Once completed, the forms and the register go into sealed envelopes, only to be opened at the provincial general councils, where formal nominations will take place in the next week or two.

The envelopes are sealed to prevent tampering with nominations and attendance registers, and to prevent rigging by higher structures.

Thus, one of the only ways left to get the outcome you want in a meeting is to disappear with the meeting pack when it becomes apparent that you’re not going to get your preferred outcome. It might be that, say, you support Deputy President Cyril Ramaphosa for president, while most of those who pitched up at the meeting seem to support ANC MP Nkosazana Dlamini Zuma. This means the branch was then likely to nominate her and select a favourable delegate to represent the branch to the national conference and vote for her.

Without a meeting pack, the meeting has to be postponed to a later date – except that time is now running out.

There are stories of some branch members defying prominent members in their branch by nominating a candidate from the opposite camp. Thus, it so happened that the Gauteng branches to which ministers Nomvula Mokonyane and Des van Rooyen, MP Humphrey Mmemezi, and ANC Youth League treasurer-general Reggie Nkabinde – all Dlamini Zuma supporters – belong, nominated Ramaphosa.

Ekurhuleni mayor Mzwandile Masina’s branch nominated Ramaphosa, but not before some branch members accused him of trying to manipulate the outcome.

At a press conference on Tuesday, following a special national executive committee meeting over the weekend, Mantashe said that almost 70% of the branches – the required minimum for the conference to be held – had had their branch meetings already. At the start of the week, KwaZulu-Natal had held the fewest meetings, with almost 60% of the branches still to convene, while in Mpumalanga, one of the highest, just over four percent of branches still had to meet.

Meanwhile on Friday 17 November, veterans and stalwarts of the party will gather for the start of a three-day “consultative conference”, although this gathering isn’t formally recognised by the ANC.

It’s not clear yet whether any of those in the party’s top six will be addressing the conference.

A number of veterans have been unhappy with Zuma’s leadership and have called on him to step down.

Former director-general in the Presidency, Frank Chikane, told 702, “we are going to deal with leadership, the way the ANC goes about its business, the failure to deal with issues that affect the nation, [and] the behaviour of leaders”, he said. The economy is also on the list.

This weekend is the last one set aside for branch meetings (the deadline was on Wednesday, but branches still have grace until Sunday). It will see the two leading candidates target Mpumalanga, arguably the most important province at the moment. It’s a kingmaker of sorts in the ANC due to the fact that it has the third largest delegation to the conference (based on membership), and it is as yet unclear who the province will support. Most of the branches, allegedly by order of ANC provincial chairperson and premier David Mabuza, have been writing “unity” on their nomination papers.

Ramaphosa will also spend the whole of Sunday doing two rallies in KwaZulu-Natal, which is considered to be a Dlamini Zuma stronghold, while Dlamini Zuma will that day campaign in Gauteng, where Ramaphosa has so far had more nominations.

Much of the following days will be spent resolving hundreds of disputes to branch meetings. There are some fears that the conference could be collapsed if disputes and other squabbles are not attended to speedily and satisfactorily.

Fatigue has been setting in among some branch members previously enthusiastic about the campaigns and outcomes. Some now declare that they have already become disinterested and apathetic, not even caring that, as yet, it’s impossible to say who will be the winner. DM