ANC Leadership Race: Mantashe and Kodwa give tips to jo...

ANC Leadership Race: Mantashe and Kodwa give tips to journalists on fake news 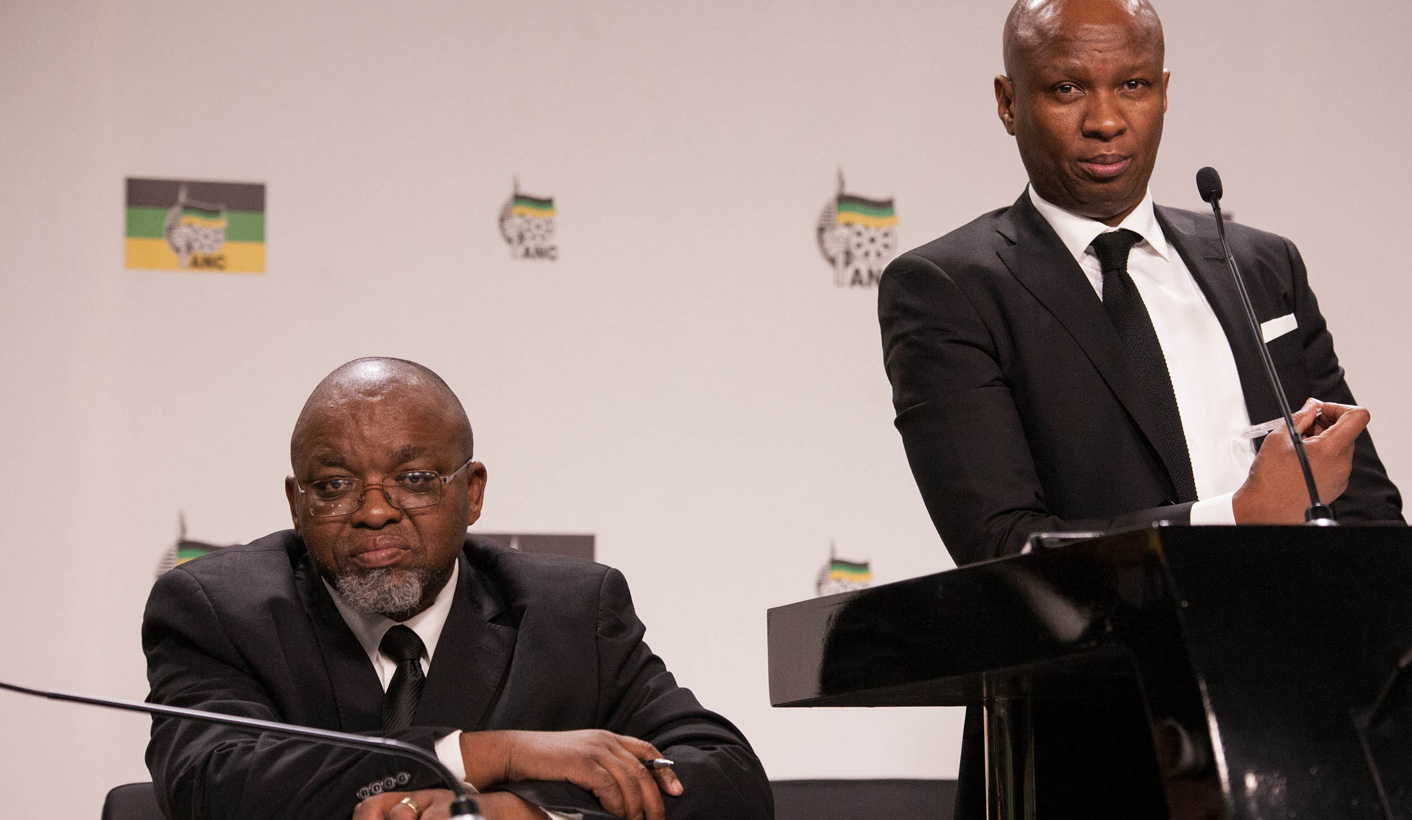 ANC Secretary-General Gwede Mantashe and party spokesperson Zizi Kodwa spent a significant part of the party’s press conference, which followed the weekend meeting of its leadership, dousing rumours that Mantashe is under fire. With just over 30 days to go until the party’s hotly contested elective conference, the fake news mill is grinding at great steam. By CARIEN DU PLESSIS.

Slap bang in the middle of the ANC’s 2012 conference in Mangaung – in fact, on the day voting was due to take place – readers of The Star newspaper woke up to news that Cyril Ramaphosa had declined the deputy president nomination on President Jacob Zuma’s slate.

He was ostensibly too close to then deputy president Kgalema Motlanthe to even conceive of competing against him.

It was an exclusive. The then Independent Newspapers deputy group political editor, Gaye Davis, had advised against publishing the story because she had earlier confirmation from Ramaphosa that he had actually accepted and signed his nomination form.

The story itself was based on information by three unnamed sources, who, it is clear with hindsight, wanted to confuse delegates into not voting for Ramaphosa.

Five years ago, fake news wasn’t even a legitimate term.

This weekend the ANC’s national leaders gathered to discuss the logistics ahead of its December elective conference. A report emerged that a task team headed by police minister Fikile Mbalula (in the Nkosazana Dlamini Zuma camp) was set up to decide about ANC Secretary-General Gwede Mantashe’s fate.

A WhatsApp message to this effect was also doing the rounds, primarily in pro-Ramaphosa WhatsApp groups.

The ANC – and Mbalula – took the unusual step of rubbishing these claims in a statement even before their meeting was up.

At its press conference on Tuesday, which started bang on time at noon, Mantashe, looking as relaxed as a duck paddling furiously with its feet under the water, and party spokesperson Zizi Kodwa, responded fairly kindly to journalists about these reports.

Kodwa started the meeting by saying:

“There has been a very terrible frenzy of false reports which unfortunately have misled the people of this country and actually planted confusion.”

As Kodwa explained that “there was not even a discussion” about Mantashe’s removal, Mantashe, sitting next to Kodwa, waved with a small flourish, smiling.

One of the most awesome things about a contested election is that some of the lobbyists are nicer than usual towards journalists – although, obviously, the ones willingly “leaking” information from meetings should be treated with special caution.

Mantashe’s niceness was, well, rather nice for a change.

He said: “I apologise to those journalists who have been made loudspeakers for stories … they became loudhailers of a faction.”

He said that when “a faction is desperate, it does funny things”, and journalists had to be cautious because this could ruin their image.

Mantashe was perhaps cognisant of the fact that the news reported by actual journalists of reputable media companies plays just about as big a role as the numerous WhatsApp groups that the comrades are using to collate information and data ahead of the conference.

The ANC conference will be no different, so Mantashe would want to warn everyone in the party about false information.

To make things more complicated, there are a lot of opinions inside the ANC on what’s happening at the moment.

For instance, no fewer than five different reports were submitted to this weekend’s meeting about the Eastern Cape ANC “festival of chairs” conference last month.

The ANC’s national executive committee resolved to institute an appeal panel to deal with this, consisting of Sbu Ndebele (as chair), Rejoice Mabudafhasi, Joyce Moloi-Moropa and Sdumo Dlamini (thus, a fairly even mix of camps).

Mbalula, contrary to earlier reports, features nowhere on any deployments mentioned in the meeting report-back.

Furthermore, very few people in the ANC are currently enamoured of Mantashe. Those in Ramaphosa’s camp (Mantashe is chairperson on Ramaphosa’s slate) complain that Mantashe, who is supposed to be sympathetic, hasn’t been acting speedily enough to resolve their complaints about branch meetings. Those who support ANC MP Dlamini Zuma have been accusing Mantashe of acting unfairly in a number of instances, such as announcing that the KwaZulu-Natal ANC would not be appealing a court order effectively nullifying the (pro-Dlamini Zuma) leadership there.

Even the South African public perceive Mantashe to be a flip-flopper as he constantly tries to communicate the party line without dumping his own principles completely.

“We never had a meeting in KwaZulu-Natal or the Eastern Cape where they had concerns about the office of the secretary-general,” Mantashe told journalists on Tuesday. “If those comrades come to you factionally and say to you there are many regions concerned about the secretary-general of the ANC, it’s a factional briefing that has nothing to do with things in the ANC.”

He added: “I’ve never been to that meeting where I am asked to recuse myself.”

He also gave journalists some tips, saying such information “is given to you by a faction that is desperate, that sensationalise issues for their own benefit, and I can assure you, because if you meet them, you have to give them feedback possibly.”

While sustained propaganda is probably way more harmful politically than a fake conference story here and there, all of these chip away at the mainstream media’s credibility.

The next few weeks will have to be a time of even higher caution for journalists because, as it is, rumours will find lots of oxygen in the social media space. DM