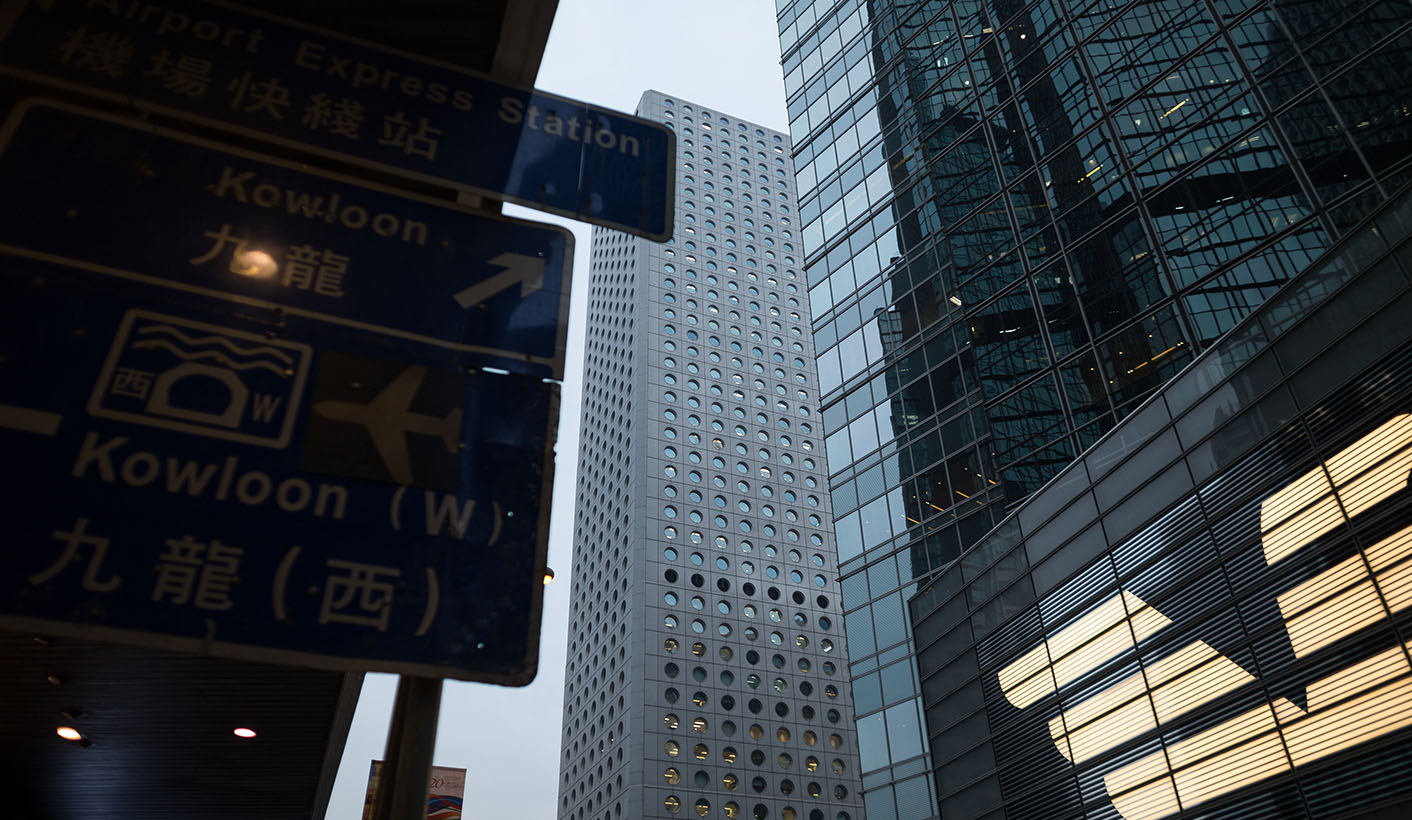 The Paradise Papers, just like the earlier Panama papers, give ordinary people a glimpse into the parallel world constructed by the wealthy and powerful. This is a world where they park enormous wealth out of the reach of regulators and society in tax and secrecy havens. Yet these exposures continue a narrative that mystifies the nature and scope of what is really happening. It is not primarily about tax avoidance or evasion; in reality it is about wage evasion and the reinforcing of a low wage system in our societies. Law companies such as Appleby complement the auditing firms, such as KPMG and PWC, in structuring this parallel universe, as the Paradise Papers make clear. By BRIAN ASHLEY and DICK FORSLUND.

The Alternative Information and Development Centre’s (AIDC’s) 2015 research on Lonmin exposed the centrality of wage evasion as the principle motivation behind the illicit siphoning of hundreds of millions of rand out of South Africa to a Bermudan company called Western Metal Sales. We also exposed Appleby as Lonmin’s preferred enabler.

A summary of the Lonmin case is now necessary to enable readers to better appreciate the wage dimension in the use of tax and secrecy havens.

AIDC’s report, “The Bermuda Connection”, started as a research project for the Marikana Commission. The commission’s authority provided access to the financial statements of Lonmin’s subsidiaries in South Africa. These statements are lodged in the archives of the Commercial and Intellectual Property Commission.

In August 2014, we reported to the Marikana Commission that the annual reports of Lonmin’s main subsidiary in South Africa, Western Platinum, revealed transfers of about R250-million a year in “sales commissions” to Bermuda, which continued until 2012. This occurred despite nobody sitting on the paradise island selling anything. Alone, this off-shore payment would have allowed for a R3,500 a month wage increase for 4,000 rock drill operators who started to strike in August 2012.

According to the annual reports lodged at the Commercial and Intellectual Property Commission – duly audited by KPMG – the transfers did not stop in 2008, as Lonmin stated in a 23 September 2014 media release. The research also revealed that it was off-shore specialist law firm Appleby Services which facilitated Lonmin’s “Bermuda Connection”. According to the Bermudian Companies’ Registry, the address of Lonmin’s letterbox company ever since 2003 has been 22 Victoria Street, Hamilton, Bermuda, which also is the address of Appleby Services.

Indeed, the recent Paradise Papers disclosure by the International Consortium of Investigative Journalism (ICIJ) of over 13-million documents has exposed Appleby Services as dedicated to organising the avoidance measures of companies and wealthy individuals from all over the world, including Queen Elizabeth II of England; 22 Victoria Street, Bermuda is, no doubt, also the address of hundreds of other empty “companies”, subsidiaries of transnational enterprises that use Appleby Services to stash away hundreds of millions of dollars.

In response to ICIJ’s disclosure of Appleby Services, the old law firm has responded that “there is no evidence of any wrongdoing, either on the part of ourselves or our clients”, adding: “We are a law firm which advises clients on legitimate and lawful ways to conduct their business. We do not tolerate illegal behaviour (The Guardian, UK).

Does this denial of responsibility include facilitation of arrangements in breach of different countries’ anti-avoidance rules?

In the 23 September 2014 media release, Lonmin admitted, in public, that there were no commercial reasons for paying bills of hundreds of million rand to Bermuda. This was when it assured that payments to Western Metal Sales had been phased out long ago: “The move was based on cost concerns (having a company registered in Bermuda and operating out of London was expensive) and resulted in marketing personnel being based closer to Lonmin’s operations.”

Lonmin’s media department published the long exchange with McKune as a Q/A document on their website. Lonmin’s confusion and inconsistencies are exposed in other parts of the very same document, when they explain that actually, since 2008 it was Lonmin’s head office company, LMS, that was doing the selling of Lonmin’s metal, and not WPL.

But what is it really that Appleby is helping transnational companies to “avoid” when their staff manage bank accounts and letterboxes? The media and many commendable campaigns continue to focus on “tax avoidance”. They are ignoring that the central purpose of these schemes is to avoid all obligations or stakeholder claims that would make inroads into profits, not least wages.

Measured in rand or dollars, the biggest effect of “tax avoidance and tax evasion” on the social and political situation in South Africa is not losses of tax incomes. For example, using a rough calculation for simplicity, with a corporate tax rate of 28%, for every R100-million taken illicitly out of the country, the tax authority loses R28-million while the remainder, R72-million, is lost for wages and investments. The illicit outflows to tax havens are instrumental in keeping the low wage regime in place.

The second biggest effect is on the minority shareholders who hold shares in the subsidiaries which are getting their funds depleted by fake invoicing from Dubai, Mauritius, Malta, Bermuda, British Virgin Islands, Netherlands, Cayman Islands, etc. This can be BEE capitalists or workers’ pension trusts, but they get screwed well before the SA Revenue Services.

Thus, SARS is not the first in the queue of losers. If the illicit flows were to be curbed or blocked, the government would only take its smaller percentage share in tax after other stakeholders had taken what is due to them. It would take its share only as number four in the queue, if we speak of mining communities, because without cross-border profit shifting, the subsidiaries of transnational mining companies could not plead poverty when reneging from the social labour plans and land rehabilitation obligations. Or even as number five, because in many cases (and we are working on such cases) shareholders in the listed mother company are also being screwed: The transfers offshore are secret to them. In the consolidated annual reports, these transfers are booked as paid to external service providers. Bank accounts managed by firms such as Appleby Services are then only accessed by a group of insiders, the real rulers of the world.

In such cases, the brazen advert on PricewaterhouseCoopers’ website that they have the best “transfer pricing solutions” that “maximise shareholder value” is surprisingly wrong.

Tax havens are a central mechanism for supporting the intent behind neoliberalism, which is not only about minimising taxation of the rich. The role of these offshore jurisdictions is to divest any social costs or responsibility for society and majority well-being directed at the super wealthy, who own and drive the machinations of transnational corporations.

If there is any political will in the government to do anything about this, the first and foremost simple measure is to abolish all the secrecy that is now protecting the finances of transitional corporations. The Paradise Papers make this anti-secrecy statement again with a bang.

Besides showing that appalling wealth in seas of poverty is very concrete and personal, and besides disclosing the hypocrisy of certain politicians, this call for bringing it all out into the open is perhaps the greatest achievement of hundreds of journalists who have worked on the Paradise Papers project. DM

Brian Ashley is Director of the Alternative Information and Development Centre (AIDC).

Dick Forslund is senior economist and researcher at AIDC.