Op-Ed: An alarming picture emerges as Eskom’s liquidity dries up 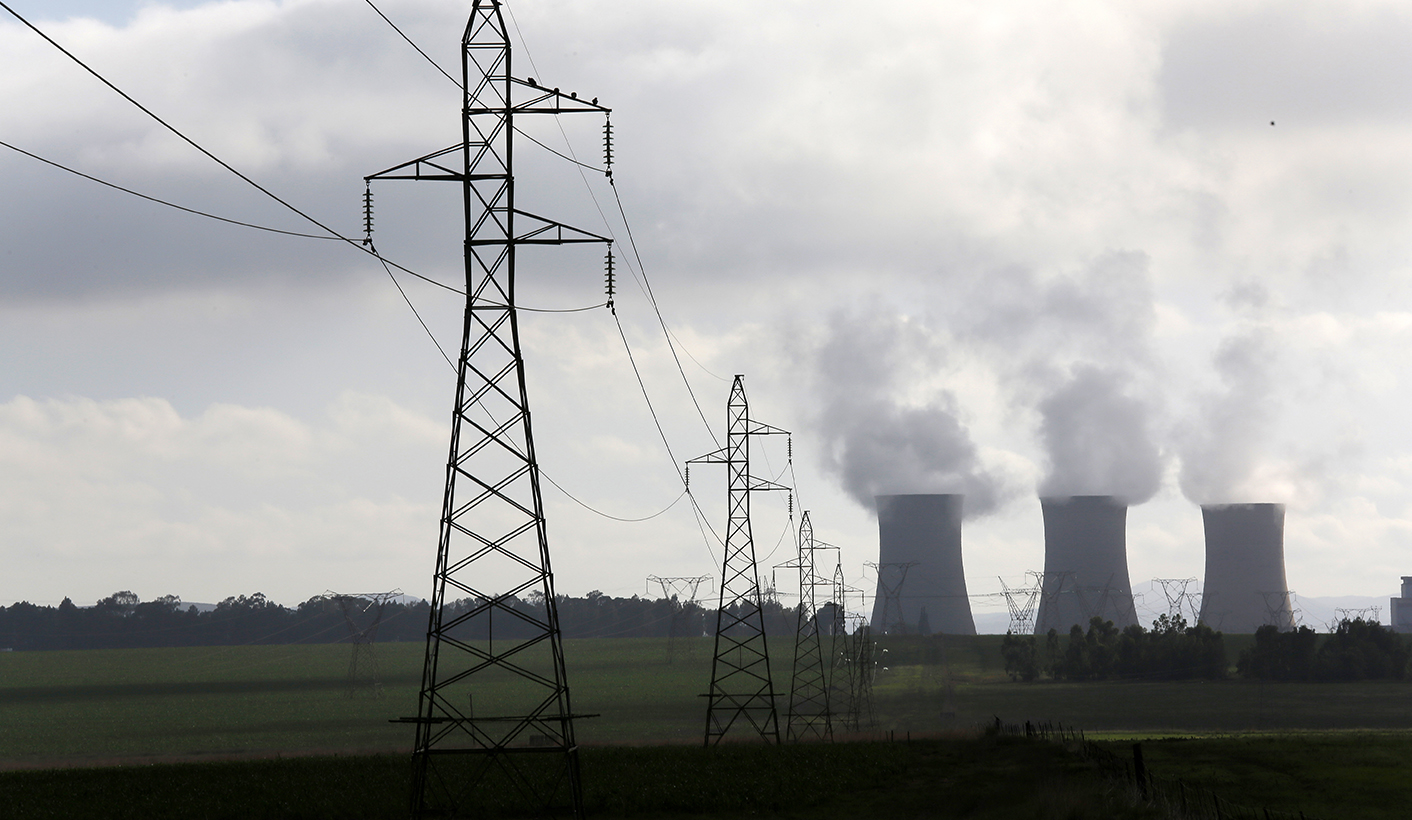 A final draft report from Eskom to its shareholders for the second quarter of 2017 ending 30 September 2017 paints an alarming picture of funding difficulties and declining liquidity (cash and cash equivalents plus investments in securities), primarily driven by perceptions of poor governance. By CHRIS YELLAND and YOLANDI GROENEWALD.

A report from Eskom to its shareholders, which has been viewed by EE Publishers and Fin24, provides compelling substance to the words of Finance Minister Malusi Gigaba in his recent 2017 Medium-Term Budget Policy Statement that Eskom’s financial position is the most serious threat facing the South African economy and budget.

The reports states that without any further funding, Eskom will have about R1.2-billion of liquid assets at the end November 2017 against a target of R20-billion, and will move into a negative liquidity position of approximately R5-billion by end of January 2018. This figure assumes the successful draw-down of R2.2-billion from development finance institution (DFI) loans and R1,3-billion export credit agency (ECA) facilities.

The report further states that the qualified audit opinion in Eskom’s 2016/17 annual financial statements relating to irregular expenditure, governance issues and changes in leadership has had a negative impact on investor sentiment, which is affecting the volume of future funding, current draw downs and liquidity position of Eskom.

As a result, Eskom says it is in discussion with banks to provide a short-term “bridge-to-bond” facility to mitigate funding risks and improve liquidity.

Eskom indicates that in order for banks to approve the facility, they require certain due diligence requirements, including responses on governance, proposed time lines, due process, publication of findings and implementation of all recommendations arising from the findings. The outcome and timing of responses from Eskom could further delay the approval of this funding.

Eskom further indicates that it is imperative for it to consider reducing short-term capital expenditure by R5-billion to R10-billion until the funding issues are resolved.

Of the R350-billion government guarantees in place, Eskom says R275-billion (or 79%) has been committed to date. A further 19% is under negotiation and only 2% (R7-billion) remains unallocated for future funding.

The recent Eskom credit rating downgrades have triggered loan covenants on the loans held with the African Development Bank (AfDB) and the Development Bank of Southern Africa (DBSA), and Eskom has agreed with AfDB to provide a guarantee for R5.2-billion.

Eskom says it will continue engagements with lenders and investors to mitigate the impact of its qualified audit report and governance related matters to secure committed and bridge funding facilities.

The report shows that prior to the qualified financial statements for 2016/17, Eskom had projected liquidity reserves of approximately R26.8-billion at 31 March 2018.

However, the company’s liquidity reserves at the end of September 2017 amounted to only R9.1-billion, with a revised projection of R5-billion for March 2018.

The report states that this is significantly lower than the previously projected R26.8-billion, mainly due to the postponement of the sale of Eskom Finance Company, and an inability to access planned domestic and foreign funding for the rest of 2017/18.

The report shows that the funding plan for the 2017/18 financial year was approved at R72-billion, but this has since been adjusted downwards by R19-billion to R54-billion. However Eskom indicates that this reduced funding requirement of R54-billion is still highly dependent on:

The report states that at 30 September 2017, Eskom had secured only 56% of the reduced funding requirement of R54.2-billion (originally R71.7-billion) for the year.

Eskom indicates that the World Bank and AfDB send a mission from 17 to 25 July 2017 during which they reviewed implementation progress on projects funded. The mission noted several operational issues:

Eskom says it continues to experience a lack of demand in the local bond market due to market concerns over corporate governance, future funding requirements and tariff structures.

Market holdings of Eskom’s commercial paper issued for a period up to one year decreased to R5,55-billion at 30 September 2017. Cash raised in the bond market was limited to R836-million.

Eskom also had committed facilities of R3.25-billion with local banks at 30 September 2017.

The report indicates that at 30 September 2017 Eskom Group revenue of R95.5-billion was R3.75-billion lower than budget.

This was attributed to lower than budgeted electricity sales volumes, the capitalisation of pre-commissioning revenue at Medupi and Kusile, and revenue of R2.64-billion deemed uncollectible at the date of sale.

Eskom indicates that average demand from key industrial customers remains low, with no recovery in demand or sales. Average demand for these customers has declined further to approximately 8200 MW during the past quarter, from an average of 8,500 MW in the first quarter of the financial year, mainly due to customers’ response to higher winter electricity tariffs.

Primary energy costs were underspent by R3.87-billion across all main categories of coal, OCGTs, IPPs and international purchases.

The group’s operating expenditure (excluding depreciation and amortisation) of R25.3-billion was R4.7-billion below budget, as a result of underspend on employee benefit costs and other operating expenses.

Group capital expenditure amounted to R24.2-billion for the period, which is substantially lower than the budget of R31.8-billion due to underspend mainly at Kusile, Medupi and other power delivery projects, partially due to phasing of expenditure. Much of the capital spend shortfall is however expected to be incurred by year end.

The report highlights that the audit qualification in Eskom’s 2016/17 financial statements relating to irregular expenditure, governance related issues and continuous changes in executive management has had a severe impact on Eskom’s ability to raise funding in the domestic and foreign markets and has also resulted in delays in draw downs on existing facilities.

Eskom says this will have a negative impact on financial sustainability and its status as a going concern.

The report identifies that in order to improve both liquidity and execution of funding initiatives, it is critical that governance-related issues and investigations are resolved, and that stability returns within Eskom’s board and executive management.

Investors indicate that they are heavily reliant on these issues being resolved before any firm commitments on funding will be made.

Rating agencies have also indicated their deep concerns regarding governance and leadership at Eskom, and are closely monitoring the execution of the funding initiatives. Any further downgrades would exacerbate the current situation and put at risk the execution of Eskom’s funding plan. DM

This article is a collaboration between EE Publishers and Fin24