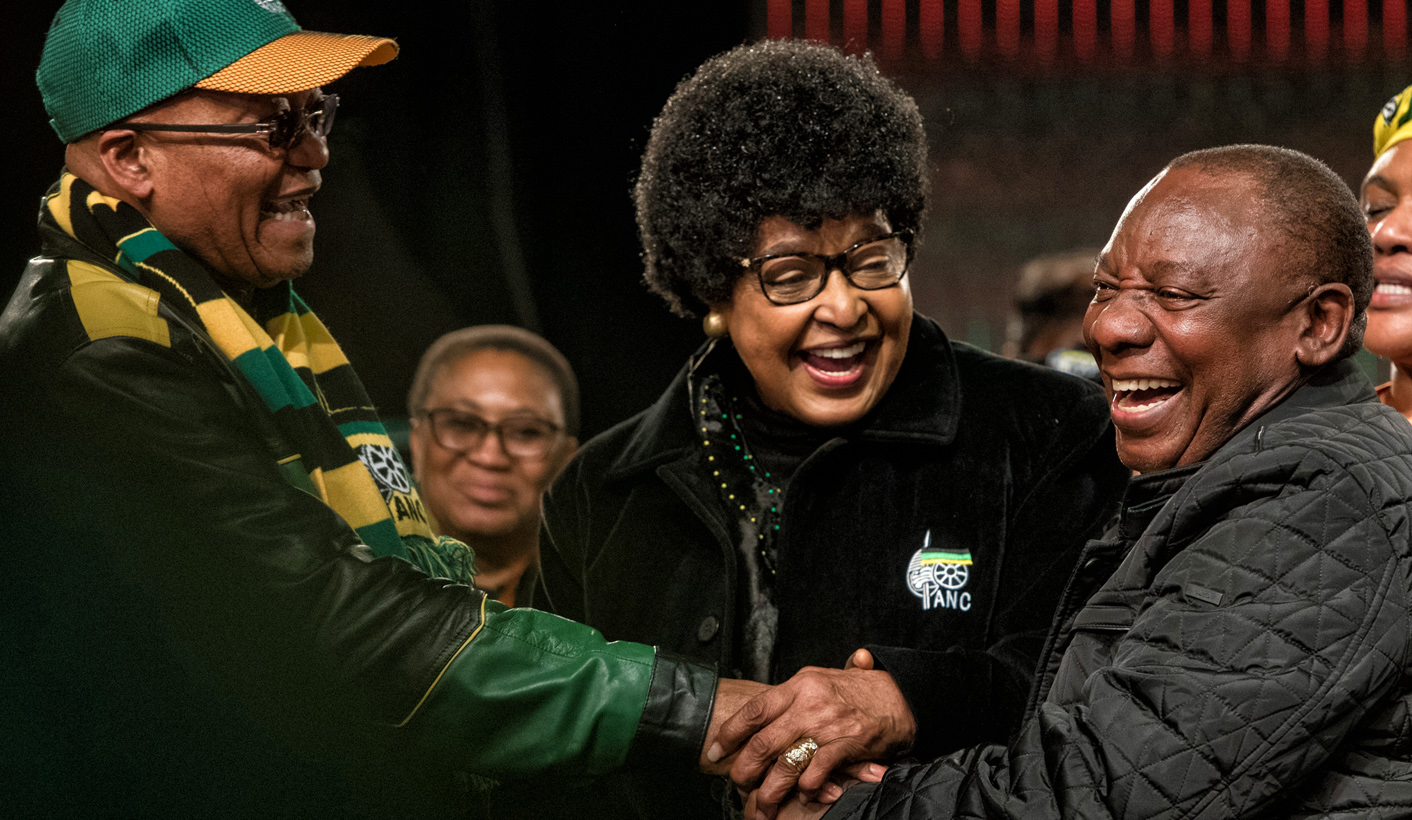 Within South African politics there is currently a huge amount of attention, correctly, on developments within the ANC. Much of that focus is on who will win the December leadership election. But, even though we still don’t know the outcome of that race, it is sometimes overlooked how much recent developments in the party have already affected the greater body politic of our nation. Over the last year a process has started that has now begun to take on a life of its own, and is speeding up. In short, our political space has opened like not many times before; there is just so much more room, more freedom. While this is first and foremost the case within the ANC, it is also changing our overall political environment. By STEPHEN GROOTES.

On Wednesday afternoon Parliament’s inquiry into State Capture at Eskom heard incredible evidence from former executives about how money had literally been stolen. This hearing was live-streamed by the SABC. Just to be clear, this was evidence of wrongdoing by people known to be the President’s favourites, being made available to the general public by the SABC. The evidence of the ANC parliamentary caucus’s rebellion against President Jacob Zuma was now made available to the wired nation by the SABC. This is something that was unimaginable a year ago, when Hlaudi Motsoeneng could get away with insulting us all.

But this is not the first indication of how things have changed. Earlier this week the journalist and author of The President’s Keepers, Jaques Pauw, was on Morning Live on TV. Last week he was on SAfm for an entire hour. This is a man whom the State Security Agency has accused of both fabricating, and telling, the truth, and whom it wants to stop, being given airtime on the biggest broadcaster in the nation. It is proof that things have changed (although an argument could be made that for Pauw to really hit South Africa’s political mainstream, he would have to appear on the broadcaster’s channels broadcast in Xhosa and Zulu).

While we didn’t come to this situation overnight, it has actually been a fascinating and quick process.

Just 18 months ago Parliament was much more of a series of blocs represented by political parties. The ANC forced through the adoption of the report on Nkandla that exonerated Zuma, despite the protestations of the opposition parties. That would probably be unthinkable now. Even the chair of the ad hoc committee that first adopted the report, Mathole Motshekga, has gone public with his criticism of the ANC’s current leadership.

There are several other indicators of how things have changed. Eighteen months ago, if Zuma fired someone from Cabinet, that would appear to be the end of their career in front-line politics. Now Pravin Gordhan is the backbencher who could carve out an entire second career through his interrogations of government officials.

Of course, this is happening because Zuma no longer has the entire ANC under his thumb. A formerly monolithic organisation is now rent by divisions. This process was accelerated by his Cabinet reshuffle that saw Gordhan being fired. The actions of three of the top six officials in condemning that move was the start of this process. Zuma was unable to act against them, and that gave other people space to follow their lead.

This obviously has implications for what is happening in the ANC at the moment. Imagine, if you can, what would have happened in 2007, back when the party was more unified than it is now, if the challenger to Thabo Mbeki had announced their slate six weeks before the conference. There would have been outrage. Now, well, there is outrage. But only from the Gupta-sponsored ANC Women’s League and the Umkhonto weSizwe Military Veterans Association. The fact that Deputy President Cyril Ramaphosa appears to have got away with it shows how weak the centre actually is.

Perhaps the other event that’s central to this process was the appointment of Jackson Mthembu as the ANC’s chief whip in Parliament. It is he who decides who chairs which committee, and who joins which committee. This is how Gordhan ends up questioning people who do not relish the prospect. This also means that people who are clean, such as Mondli Gungubele, are able to play an important role on their committees. And of course, Mthembu is able to then provide political protection for anyone who might need it.

What is also amazing about this is how public it all is. Mthembu has publicly criticised the ANC’s leadership, saying that Zuma and the entire NEC should step down. It was he, although he would have to deny it, who appeared to fail to start a disciplinary process against Makhosi Khoza. And strangely, there was also the incident where Robert McBride was able to go back to his position as head of the Independent Police Investigative Directorate after the Portfolio Committee on Police simply failed to meet a court deadline to start a disciplinary process against him. This has allowed McBride to keep up the pressure on the leadership of the Hawks and the SAPS. Which Zuma can surely not enjoy.

In a country where people often complain that nothing seems to change in our politics, this has all happened very quickly. It probably started less than two years ago and the situation has certainly changed in just the last six months. This is fast by any measure.

However, this kind of opening of the political space has happened at least twice before. The first was in the months immediately after the 1994 elections, when MPs took their role as a check on the executive very seriously. However, after people were forced to allow first the Arms Deal, and then to release Nkosazana Dlamini Zuma from the Sarafina II hook, the situation changed. Then, it happened again after the Mbeki recall. In that case, there was the ANC as a party, and the government, and the two were not exactly aligned. Then, after Zuma assumed the presidency, the power he had over the ANC was asserted, and party discipline ensured that no one stepped out of line.

It is important to remember these incidents, because the current political openness we are enjoying may not last in the long term. It would probably be prudent to suggest that if Dlamini Zuma wins in December, and the ANC changes again, this political space may close (of course, the same may happen in another way if Ramaphosa wins, but we would be likely to experience a repeat of the ANC as a party vs the ANC in government dynamic, at least for a while). It is indeed true that a comprehensive Dlamini Zuma victory would change things. With her victory would come changes in the NEC, and probably the retirement of people like Mthembu.

However, no matter what happens in December, it is unlikely that the ANC will be the united force it once was. It is entirely likely that the new leader may have to tread very carefully, and that could put limitations on what can be achieved. That said, there is also the chance of sheer chaos, with no order at all, which would force the space open even further. Certainly, the ANC of 2018 is unlikely to be as united as the ANC of 2009.

In the meantime, people have grown used to the space. They realise they can speak without worrying about Luthuli House. Businesses that feared opposing Mbeki’s crime policies 12 years ago are happy to support Business Leadership SA in repeatedly criticising Zuma. And that habit, once learnt, becomes hard to break. Civil society is louder than it’s been in years, also because of this dynamic. Organisations that beat Hlaudi are unlikely to back down in the face of a new opponent.

This could mean that no matter who wins, the more comprehensive their victory, the more likely it is that some of this political space will be closed down. But, it seems unlikely at the moment that it will ever close down as much as it has in the past. The simple fact is that the ANC appears to be changing fundamentally. And when the ANC changes, so does the country. DM