State of the dams: The Cape’s water supply at a glance 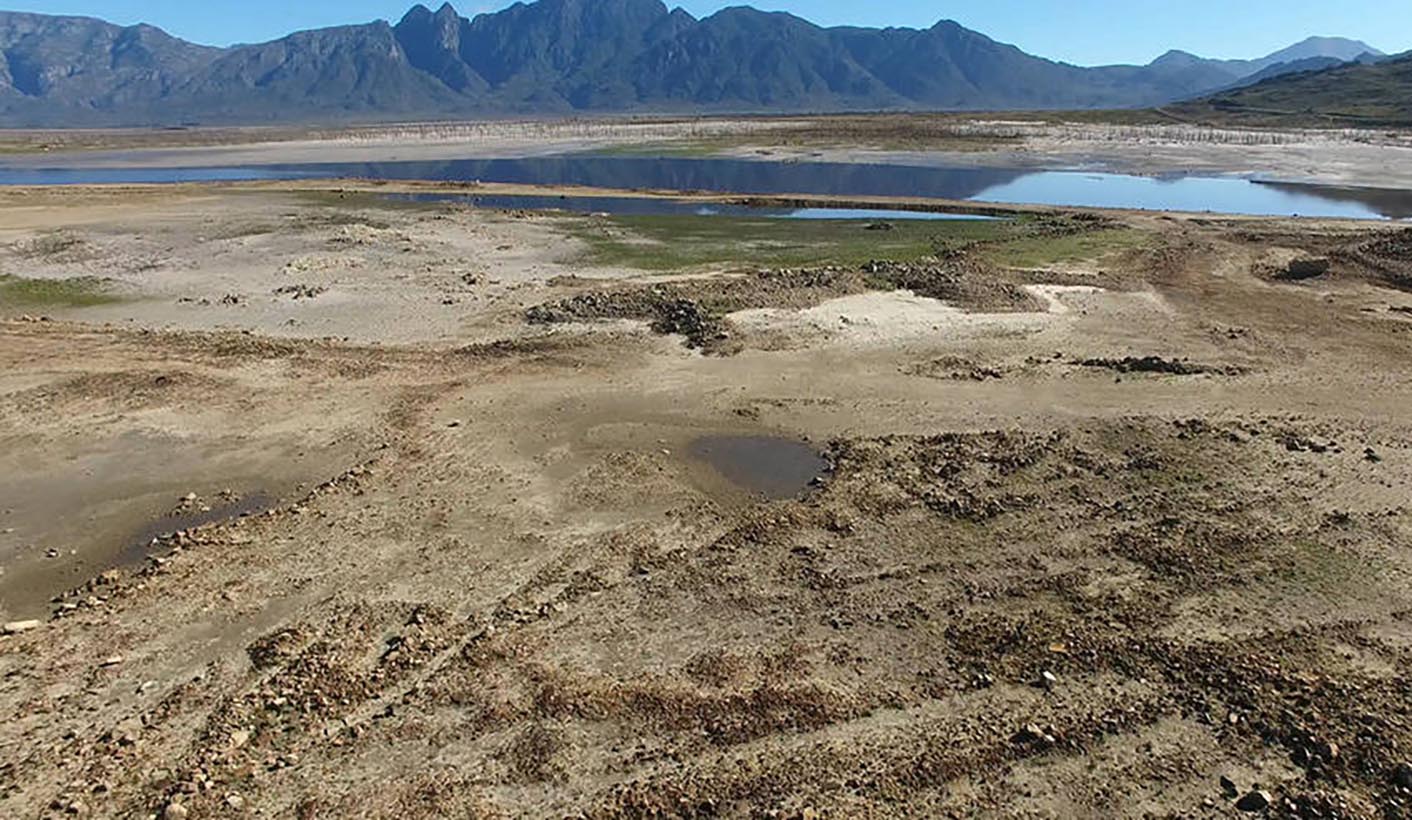 The Western Cape is facing its worst drought in recent history. Here’s what you need to know about its significant dams. By JASON NORWOOD-YOUNG and MARELISE VAN DER MERWE.

Cape Town’s water supply relies on six dams connected through an intricate piping system, with another eight smaller dams providing less than half a percent to the total supply. Sixty-four percent of the water in the system is destined for use in Cape Town itself, with a further 32% for agriculture and the remaining 5% for smaller towns.

The most recent update from minister of Local Government, Environmental Affairs and Development Planning in the Western Cape, Anton Bredell, placed the average level for dams across the Western Cape at 36.3%, compared to 61% over the same period in 2016 (week beginning 30 October).

There are two ways to avoid the taps running dry: by reducing water usage, and producing more water supply. We can avoid running out of water, but only if we work together. This is a partnership between residents and government,” he said. Bredell added that negotiations with national government the previous week had been fruitful and that the province would continue to work with national departments regarding disaster funding and other initiatives.

According to City of Cape Town spokesperson Jean-Marie de Waal, at this stage there are no infrastructural issues concerning the dams within the city’s ownership. “The key work we are doing on our dams at the moment is around maximising extraction levels to below 10% of usable water,” she told Daily Maverick. “This engineering solution that the city is driving will assist with usable water remaining over the period to come. Dams vary in size and depth so there is not a one-size-fit-all approach.”

The city has also employed divers to dredge canals and has supported attempts by National Government to do the same to ensure yield is maximised, she said.

Of the 43 dams in the Western Cape, the National Department is responsible for the majority, she pointed out.

In terms of stretching supply, the first step has been to remove invasive plant species, De Waal said. “The city has, for the past months to a year in particular, been implementing innovative engineering solutions in an effort to help stretch the supply in the dams. This includes pressure management, an advance leak repair programme and rationing, the latter being implemented a few weeks ago. We have managed to get demand down from 1,1-billion litres per day to below 600-million litres per day through various interventions. Also, our advance leak programme has led to the city having a water losses through leak rate of 17% as opposed to the 37% national average.” The most vital approach, based on international best practice for water management in a time of drought, is reducing demand, she added.

While we have had an amazing response from about half of all water users in Cape Town, we have also offered engineered solutions to reduce water usage further. We do continue to focus on water savings where there is room to do so, and there is.”

She said planning new water schemes, such as dams, was the ambit of the National Department of Water and Sanitation. “The city plays a role in implementation of these schemes, but our primary responsibility is generally ensuring waste is minimised, primarily via maintenance programmes, reducing response teams to leaks and bursts, leak detection programmes and implementing water restrictions where necessary.”

In line with the national DWS’s Water Reconciliation Strategy, the requirement for a new water resource scheme was tied to water savings and proactive demand management in the urban water sector. The next supply scheme to be implemented as per the 2016 update of the Reconciliation Strategy would be the Vo?lvlei Dam Augmentation (Phase 1) which is the responsibility of the National Department, she added.

Nestled in the Cape Fold mountains, with the Riversonderende mountains to the north, Kogelberg and Kleinrivier mountains to the south, and Hottentots-Holland to the west, the Theewaterskloof dam is poised to catch water from an impressive 500-square kilometers. One millimeter of rain falling in the area equates to 500-million litres, of which nine to 15% makes it into the dam. The area usually sees good rainfall, averaging 561-mm a year since 1974 — enough to fill the dam 17 times a year. Capable of holding 480-billion litres, Theewaterskloof is the lynchpin of Cape Town’s water supply. And it’s almost empty.

The Berg River is Cape Town’s youngest dam, completed in 2009. It was funded by loans from the private sector, with the funding to be repaid by 2027 from revenue generated from the sale of water to the city. Storing 130 billion litres, it lies above Theewaterskloof, and water can be pumped between the two by a tunnel system. The Berg River dam was expected to supply enough water for the City of Cape Town until 2013, by which time the planners at the Department of Water Affairs and Forestry envisaged new sources to be operational. The Berg River dam took nearly 20 years from inception to completion at a cost of R1.5-billion.

The Steenbras dam was conceived in 1918, and took three years for the engineers to build 2.7-billion litres-worth of capacity for the city, which it quickly drank up. The dam’s history sees it repeatedly being raised to meet the growing thirst of Cape Town, reaching today’s capacity of 31.7-billion litre upper dam and 33.6-billion litre lower dam. In the ’70s it was converted into a hydroelectric producer, using an upper and lower dam for the scheme.

Voëlvlei has existed as a natural dam for thousands of years, with the dam wall constructed in 1971, flooding the Walters family’s farmland after the government expropriated it. The farmland – which actually consisted of multiple farms – included the mountain, and the boundary cut through the dam. Negotiations were reportedly strained and the family eventually relocated to the neighbouring farms after being compensated for the land.

Located near Gouda, the 10-metre high dam collects water from the nearby mountains, and has a capacity of 158,600-megalitres. It is still owned by the state.

Although Wemmershoek was first proposed in 1899 by Thomas Stewart, it took until 1957 to complete the dam. Unlike other dam building methods at the time, master dam engineer Nisham Shand suggested a method popular in the US — a rockfill embankment surrounding a clay core, made possible by advances in earthmoving equipment at the time. The amount of material used to create the 518m long dam is more than twice the amount of the Great Pyramid of Egypt. Despite the innovative technique that saved half a million Pounds, the dam faced disaster during its construction phase. On 19 May 1954, the valley experienced its highest flooding ever recorded, causing a massive delay in construction. With Cape Town running out of water, it had to be completed, but with a design change to its spillway capacity. DM