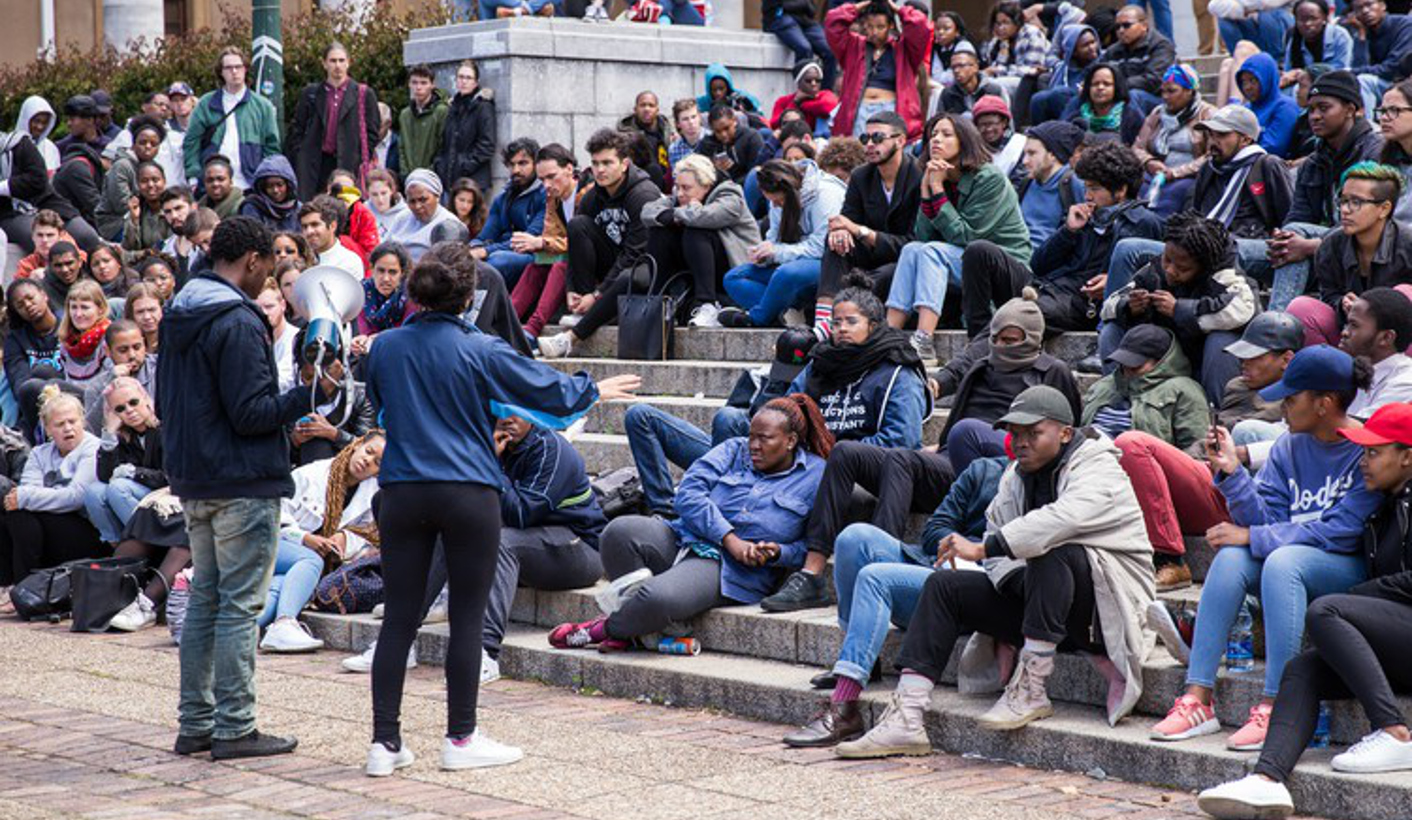 The University of Cape Town (UCT) has suspended classes on most of its campuses after student protesters disrupted classes and tests. On Thursday about 30 students blocked the entrance to upper campus while two police vans and a police water cannon kept watch. Another group of protesters marched through upper campus shutting down classes and any tests.

A statement released by UCT said that “face-to-face classes are suspended for today (Thursday) and tomorrow”. This was for the safety and security of students and staff. This applied to upper, middle, lower and Hiddingh campuses, but not Health Sciences and the Graduate School of Business.

The statement also said that where possible,“blending learning models” would be implemented. Private security would also be monitoring certain buildings.

A Computer Science test was disrupted. Eduardo Kolomajune, a teacher’s assistant who was present, said protesters came in and made a noise. Kolomajune said that the test was almost complete with only five minutes left. “At this point, it was just a matter of collecting scripts, when the protesters came in and collected some. I don’t know how many are missing,” he said. A member of UCT’s computer science department later told GroundUp that about 30 scripts were stolen.

The protesting students’ demands include a 0% increase and the release of the report of the Fees Commission. At 13:00, about 200 students congregated on the steps outside Jameson Hall for a meeting to discuss the outcome of events so far. Sihle Lonzi, a member of the outgoing Students’ Representative Council (SRC), addressed the audience saying that Max Price failed in his response to their demands. “The university does not take us seriously, so we will respond in the only way the university understands,” he said. “We will continue to put pressure on the university.”

Siv Greyson, a second-year Anthropology and Sociology student, supports the shutdown. “So far as I’m concerned, nobody should be coming to campus,” she said. “Student movements are always the spark to a much bigger movement.”

However, newly elected SRC member Gift Qetu-Yates condemned the shutdown. “We can’t afford to lose time,” he said. He called on UCT’s administrations to keep classes and tests going. This would send a message to the protesters that their actions are not working. Qetu-Yates, who is with the Democratic Alliance Students Organisation (DASO), said: “We won the SRC election. What we ran on is exactly what’s going on here: not having a vocal minority dictate what’s happening on campus.” He said only about 60 people were taking part in the disruptions. The new SRC takes over in November.

Student protesters said that any test or examinations being written in the evening will also be disrupted.

In the meantime, the university announced that it is seeking an interdict against the “unlawful protest action that has taken place on campus since Tuesday”. DM