Op-Ed: In defence of Tom Moyane at SARS 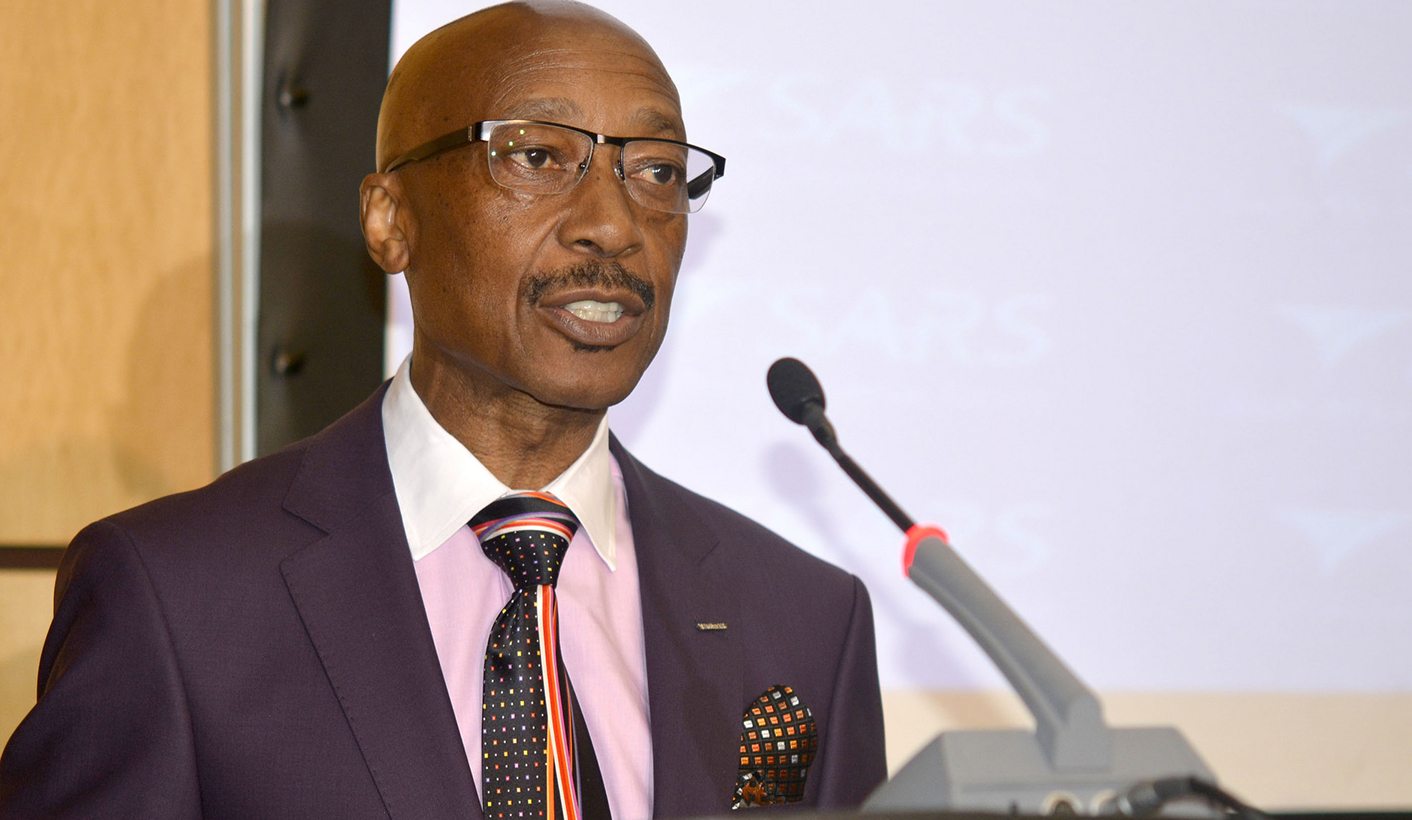 The SA Revenue Service (SARS) does not wish to interfere with hard-won media freedom. However, it is a fair demand that the media be held to its highest standards to be factual, accurate and truthful in its coverage of SARS. By SANDILE MEMELA.

In fact, a number of state-owned entities are under an intense critical media spotlight that draws them into the narrative of State Capture and links them to the President Jacob Zuma “political faction” and the Gupta family in one way or the other.

Over the last two years, these SOEs – including the SABC, SAA, Eskom, Denel, the National Treasury and, of course, SARS – seem to capture news headlines on the alleged shenanigans that go on inside the organisations that link them to alleged corruption of the Gupta family and other attempts to access state resources.

Among those that have been subjected to unrelenting media scrutiny and assault are the South African Revenue Service and its commissioner, Tom Moyane.

This media-created narrative threatens and undermines the integrity of SARS, for example, to focus on its core mandate of revenue collection to enhance implementation of government programmes to the disadvantaged majority of this country.

In fact, the media headline stories seem to be meant to dent the image and profile of the leadership and management of SARS, among other government institutions, to perpetuate the notion that black leaders and managers, particularly, have neither the ability nor skills to be at the helm of such institutions.

It would seem that the suspension of former SARS acting commissioner, Ivan Pillay, on 5 December 2014 marked a turning point where SARS and its commissioner, Moyane, have been subjected to this kind of unrelenting media assault that is intended to sow doubt and cast aspersions on the integrity of the organisation.

This is part of an agenda to discredit the credentials of Moyane and to blemish the integrity of SARS to such an extent that taxpayers will lose confidence in the organisation and thus embark on the much vaunted “tax revolution”.

First, Moyane is an example of a top black male leader who is running a vital organisation for the provision of much needed state resources and contribution to the economy of the country. Significantly, on his watch, SARS has collected over R1-trillion in two consecutive years, that is, 2015/16 and 2016/17.

For example, over 17-million disadvantaged people depend on grant money collected by SARS.

In an inherently racist country, it is possible that like some of his peers he has been targeted for no other reason than that he is a black African male to be depicted as incapable of running a complex organisation like SARS.

It is an open secret that the finance and economic sectors are, largely, under the domination and control of non-black leaders. For example, it took a lot of courage for President Zuma, finally, to appoint former minister Nhlanhla Nene as the first indigenous African to the portfolio of Finance Minister.

Without taking anything away from former SARS commissioner, Oupa Magashule, we can say, depending on how one looks at things, that Moyane is the first black African male to be appointed SARS commissioner with the full authority and power to determine the agenda and direction of the organisation.

Better still, Moyane is the first economist to be at the helm of SARS. This fact, alone, should have been enough to boost confidence in his capabilities and skills. But it would seem his blackness was his shortcoming.

Second, since Moyane’s arrival in September 2014 the organisation has embarked on a radical transformation process that has seen a number of black Africans elevated to strategic leadership positions.

Upon arrival, he had to deal with the Advocate Muzi Sikhakhane Report that had uncovered shady dealings at SARS.

Sadly, this development has been deliberately misrepresented as a racial purge to eliminate white expertise to make way for blacks. Worse, SARS has been portrayed as suffering from an unending loss of skills and a brain drain, especially whenever a white person resigns.

For example, former Chief Officer: Legal Counsel, Kosie Louw, went on retirement. But the media created the impression that he was purged for no other reason than that he was a white male.

Nothing could be further from the truth.

It must be noted that the restructuring that Moyane implemented was a programme initiated by his predecessor, Ivan Pillay, and approved by the then Finance Minister Nhlanhla Nene.

However, the media has used this lawful implementation of this approved plan to create an impression of a SARS War where Moyane was doing as he pleased in defiance of the former minister, Pravin Gordhan.

This, again, was an example of reckless and irresponsible journalism to create a misleading impression about a legitimate process that was under way at SARS.

But nothing dramatises the aggression and hostility of the media towards SARS and the Commissioner than the slanted coverage of the much vaunted KPMG Rogue Unit report. This is an example of the campaign to project SARS’ leadership as inept, blundering and not on top of its own game.

While the media has perpetuated the narrative that this is a KPMG report, this is not so. In fact, the Service Level Agreement between the two parties clearly states that the report belongs to SARS.

To paraphrase African-American activist, Malcom X, the KPMG saga revealed how the media can turn public perception against a friend while the wrongdoer is depicted as a hero.

Yet SARS under the leadership of Moyane has become an organisation that is growing from strength to strength, held in high regard by peers as one of the leading global agencies, and remains an employer of choice among corporate brands surveys.

What should be noted is that the organisation has surpassed revenue target for two consecutive years and has reached the historic R1-trillion for the first time in its 20 years of existence.

Of course, the departure of seasoned staff did not begin with the arrival of Moyane, who leads a staff of over 14,000. There is nothing sinister about resignations as the skills gained at SARS are in demand.

It must be stressed that SARS does not wish to in any way interfere with hard-won media freedom. However, it is a fair demand that the media be held to its highest standards to be factual, accurate and truthful in its coverage of SARS.

First, it is not factual to suggest or insinuate that SARS is under inept, incapable and failing leadership since black people are in the ascendancy as part of transformation.

Second, it is not true that SARS is falling apart since Moyane took over the leadership of the organisation.

Third, SARS is not haemorrhaging from resignations and loss of skills that have emptied it of the skills to collect revenue. The departure of fewer than 10 top managers like Pillay, Loggerenberg and Richer, among others, does not mean the death of the organisation.

In fact, the truth is that they all resigned voluntarily rather than face disciplinary processes.

Much as there are challenges, it is doing very well despite the tough economic conditions, job losses and declining levels of tax compliance.

Finally, there is no evidence that SARS is part of the State Capture narrative. In fact, it continues to focus on its core mandate that is to provide much needed revenue for the state to retain its sovereign independence and provide for its people. The historic collection of over R1-trillion in two consecutive years tells a good story.

It is useful to know that the media-driven campaign to put SOEs, including SARS, under a critical spotlight is most welcome.

While the media has every reason and should be encouraged to scrutinise what is going on at SARS, this must not be done in a way that undermines the integrity of the organisation, blemishes the character of the commissioner unjustifiably and ultimately erodes national sovereignty.

All South Africans stand to lose if SARS were to lose its credibility. DM