Timol inquest opens a door, but apartheid victims might find it hard to emulate 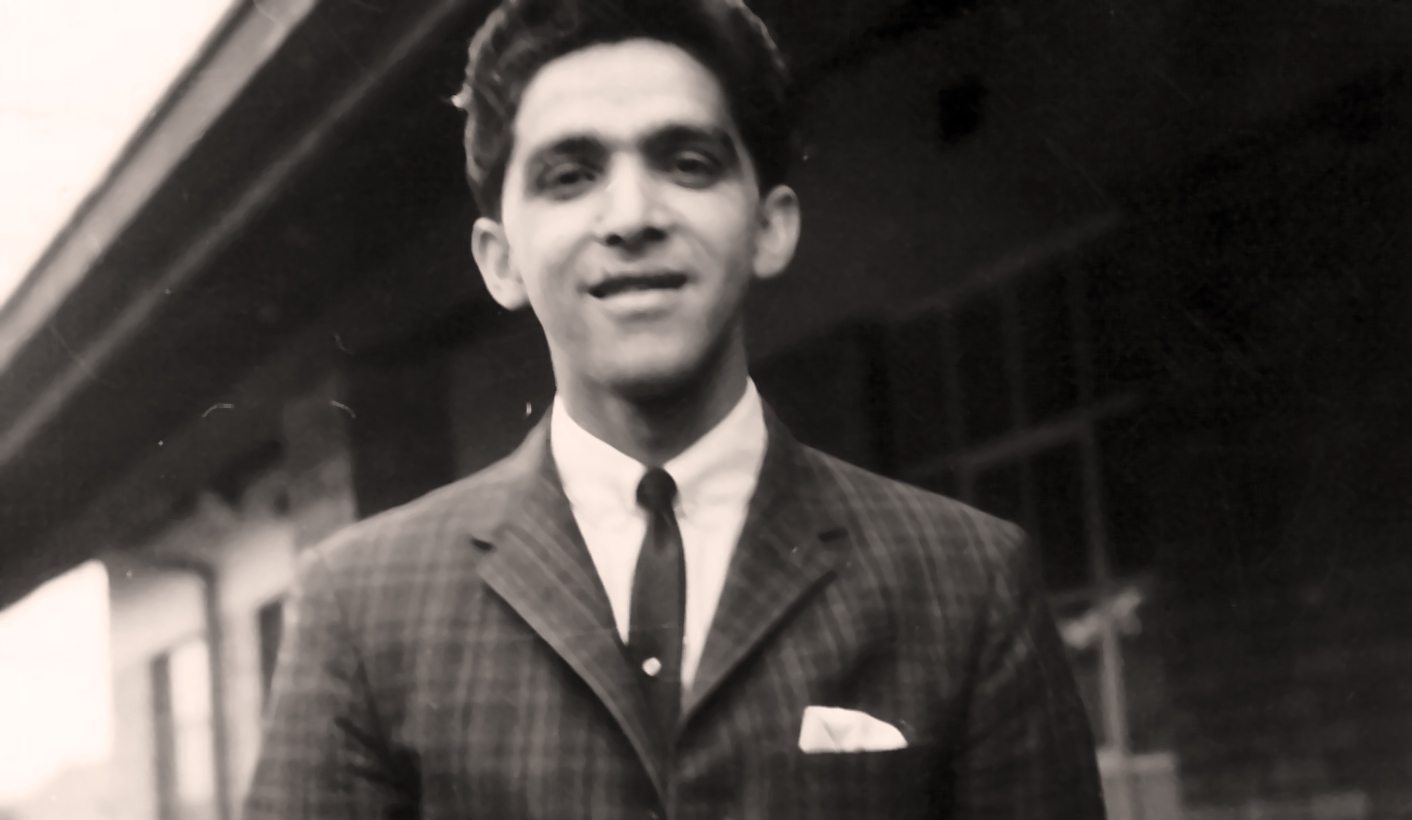 Thursday’s judgment ruling anti-apartheid activist Ahmed Timol’s 1971 death a murder at the hands of the Security Branch was a historic moment for the country. Already there are calls to hold more apartheid killers accountable, but, as history has shown, finding justice in the past is a long and difficult road. By GREG NICOLSON.

Journalists on Thursday tried to draw out Imtiaz Cajee’s personal feelings shortly after the judgment on the Ahmed Timol inquiry was handed down. Timol’s family has been trying for decades to overturn a 1972 inquiry’s findings that the SACP member had committed suicide in custody, jumping to his death from the 10th floor of Johannesburg’s notorious police headquarters, John Vorster Square.

Cajee, Timol’s nephew, collected evidence, lobbied the NPA to reopen the case, and published a book detailing the gaps in the Timol case. He wasn’t ready to explain his personal feelings on Thursday, after the Pretoria High Court said evidence suggests Timol was murdered. He needed time.

The reopening of the inquest into Timol’s 1971 death offers hope for dozens of families of activists who died in detention during apartheid, a number of whom died in circumstances almost identical to those of Timol. It’s estimated that at least 73 political detainees died while in the hands of police between 1963 and 1990. The apartheid system supported the cover-ups and the Truth and Reconciliation Commission (TRC) failed to hold killers to account.

Thursday’s judgment was a victory for truth and justice in South Africa. Judge Billy Mothle essentially said the 1972 inquest was a whitewash and that the last two Security Branch officers who interrogated Timol should be charged with murder.

They have since died.

Those who helped hide the details of the killing should be charged with being an accessory to murder after the fact and perjury, the judge said.

Only a handful of apartheid agents have been held accountable for their crimes. Even most of those whose amnesty applications were rejected by the TRC have avoided criminal prosecution. The example set by the reopening of the Timol inquiry could provide an avenue to justice for the many relatives of activists whose loved ones were murdered by apartheid cops, who have had to live with official explanations claiming they died at their own hand or of natural causes.

“My plea to all South Africans is not to forget that there are many families throughout the country whose losses of loved ones at the hands of apartheid have never been adequately, if at all, acknowledged,” said Cajee, addressing the media after the ruling on Thursday. “The Timol family urges the [national director of public prosecutions] and NPA to reopen all cases relating to the killing of political activists, not only those killed in police detention. We would like to view the reopened Timol inquest as a beginning, not an end.”

Family members and civil society leaders alongside Cajee said the inquiry should be an example that helps other families achieve justice for their loved ones. “We believe that this is a beginning to uncover all those people who were subject to brutal deaths at the hands of the Security Branch,” said Timol’s brother Mohammed Timol. Advocate George Bizos, who worked on the 1972 inquiry and this year’s reopening of the inquiry, said the judgment was a testament to continuing to pursue justice. Marjorie Jobson, director of the Khulumani Support Group, said hundreds of families whose relatives died at the hands of apartheid police could take hope from the judgment.

The reopening of the Timol inquiry was unprecedented and already there is talk of other families taking a similar route.

In 1977, anti-apartheid activist Matthews Mabelane died after falling out of the 10th floor of John Vorster, in conditions that almost mirrored Timol’s death. His family is pushing to reopen the inquest that ruled his death a suicide.

Trade unionist Neil Aggett died in John Vorster in 1982, allegedly after hanging himself with a scarf.

Black Consciousness Movement leader Steve Biko died in detention in 1977 after being brutalised by the police. There’s talk of reopening all three cases (although Biko’s son Nkosinathi Biko was vague on Thursday when asked whether the family wanted to reopen the inquest).

Few victims of apartheid’s deadly tactics have ever received justice. The Timol case provides some hope, but also caution for family members hoping to put alleged killers on the stand.

Delivering his judgment, Mothle said the inquiry’s work was made more difficult because around 600 pages of the original inquiry’s record had “mysteriously” gone missing. Fortunately, he had a comprehensive summary from the magistrate on the inquiry and was able to call three of the 30 Security Branch officers involved in Timol’s case to testify. Cajee said the apartheid government ruined its own cover-up when it held an inquiry into Timol’s death, allowing the current generation access to at least the basic details of the case.

But the apartheid regime tried to erase its opponents without a trace and only held such comprehensive inquiries when it was necessary to quell intense local and international criticism. The Mabelane family have long been pushing to overrule the finding that he killed himself, but there is very little information to lead a case. The inquiry into his death was held in a day, with no family representatives present. Timol’s case was only reopened after Cajee was able to dig up new evidence, which in many cases regarding deaths in detention will be almost impossible to find.

Many of the in-custody deaths during apartheid have scant records for which to now challenge. While families may want to seek reviews and have their relatives’ deaths deemed murders, it will be difficult to try a large number of cases given poor record-keeping, attempts to hide evidence, and culprits and witnesses dying off. The Timol family worked for decades to overturn the inquiry’s findings and it’s unlikely many other families will be able to do the same. Until recently, the NPA was an inhibitor rather than a facilitator to the Timol case going ahead, and there’s little indication it’s going to change its ways.

There has been no justice for so many apartheid crimes. Thursday’s Timol judgment offered hope to those who have lived with the regime’s scars for decades, but Cajee and Timol’s other family members weren’t yet able to comprehend what they’d achieved. They’d put in too much work, had been fighting against the system for so long, that justice, even in just this one case, seemed incomprehensible. DM