Explainer: What the hell is going on with Catalonia?

Explainer: What the hell is going on with Catalonia? 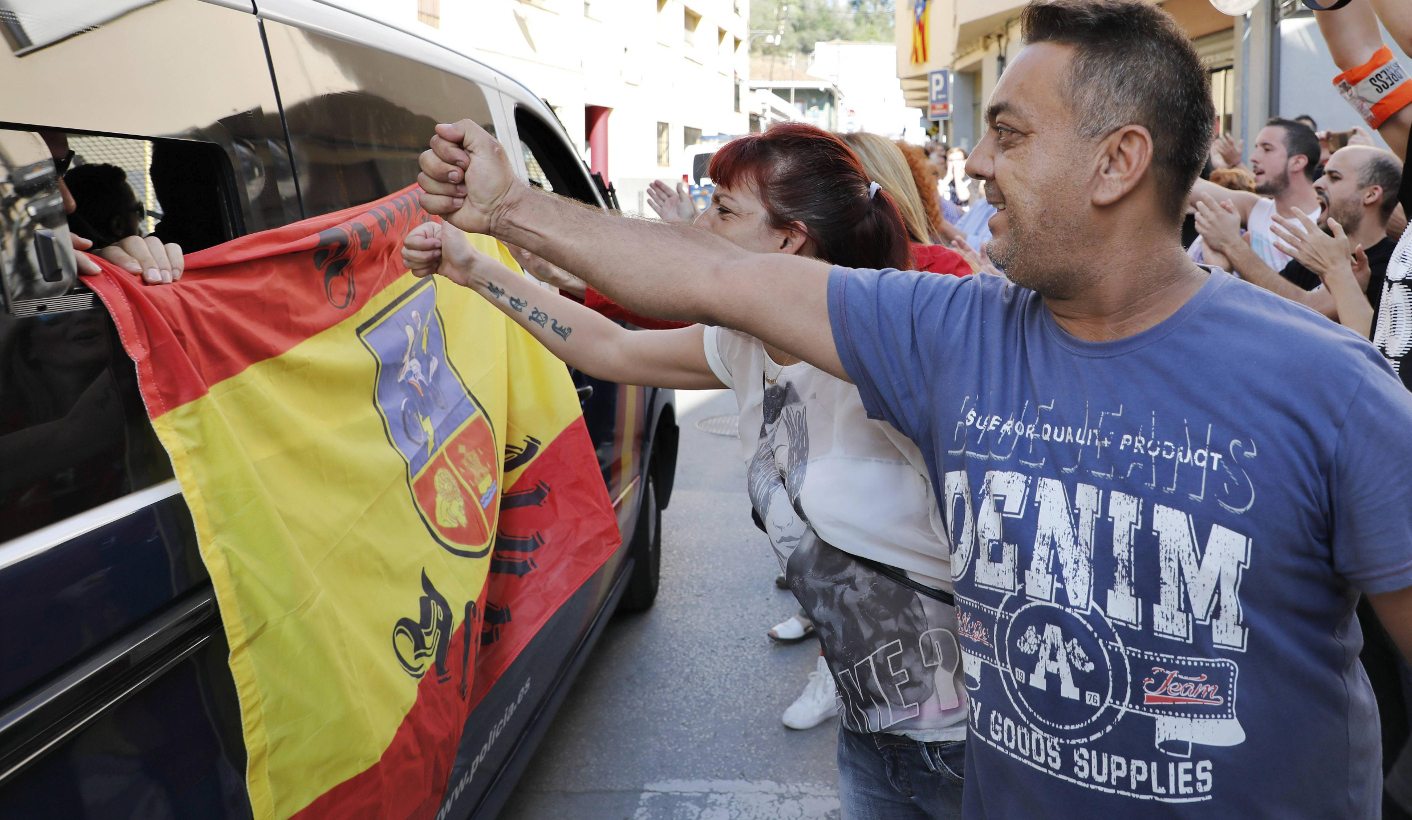 Catalonia wants to be declared independent. But there’s just one problem: the Spanish Constitution doesn’t allow for that sort of thing. ANTOINETTE MULLER tries to make sense of what’s going on in sunny Spain.

For the longer version, let’s sit down for a chat.

Catalonia… is that some sort of fruit?

Well, things might be a bit fruity over there right now, but it’s a region in Spain that wants independence. Sort of like the Cape Party over in South Africa wants the Western Cape to be declared the Official Gentrified Republic of Hipsters.

Jokes aside, Catalonia, similarly to Basque country, has its own language, flag, culture and even anthem. It currently has a high degree of autonomy, but is not recognised as a separate nation under the Spanish constitution.

They were granted that autonomy in 1978, after years of being suppressed under General Francisco Franco’s dictatorship from 1939-75. There was some back and forth after that which, as you can imagine, only made the separatist movement gain more traction.

The region is incredibly wealthy and its history can be traced back almost 1,000 years.

Okay and where is Catalonia?

If you’re good at geography, it’s in the north-east. If you suck at it, it’s that place that has Barcelona and where Salvador Dali was born.

So there was a vote for independence recently?

Well, people voted in a banned referendum in which 90% of participants voted for Catalonia to become a separate state. But it was pretty messy. Some ballot papers were confiscated by Spanish police during violent raids, where hundreds were injured.

The campaign for independence has been going on for years but gained traction this year when the Catalan parliament enacted its own law in September. It was controversial, but the law says the result of a referendum is binding and independence must be declared by parliament within two days of the Catalan electoral commission proclaiming the results. That matter probably needs an explainer of its own.

Over the weekend, the Spanish government wanted to stop the vote with Spanish Prime Minister, Mariano Rajoy, saying afterwards: “We have done what was required of us. We have acted, as I have said from the beginning, according to the law and only according to the law. And we have shown that our democratic state has the resources to defend itself from an attack as serious as the one that was perpetrated with this illegal referendum. Today, democracy has prevailed because we have obeyed the constitution.”

What does the Spanish constitution say?

“The constitution is based on the indissoluble unity of the Spanish nation, the common and indivisible homeland of all Spaniards; it recognises and guarantees the right to self-government of the nationalities and regions of which it is composed and the solidarity among them all.”

In short, it says Spain is not divisible.

Well, at least there is unity in sport, right?

Haha. Barcelona’s match against Las Palmas was played behind closed doors over the weekend. The club’s president, Josep Maria Bartomeu, defended the decision by saying: “I decided to play behind closed doors because we believed that the image of a football match being played in a completely empty Nou Camp would have been an act of responsibility and would have been a way of showing how we utterly reject the exceptional and inadmissible situation going on around Catalonia.”

Former Barcelona manager Pep Guardiola, a Catalonian himself, criticised the decision, telling Catalunya Radio and RAC1: “I wouldn’t have played the Barca-Las Palmas game, not at all.

“And if it did have to be played, then not behind closed doors. You do it with the public there. With all the consequences.”

So what happens now?

Reuters reported that Catalan President Carles Puigdemont said he favoured mediation to find a way out of the crisis but that Spain’s central government had rejected this.

Puigdemont insisted that he will go ahead and declare independence anyway, but things aren’t so simple. Just like the referendum wasn’t recognised by the Spanish government, you can’t just go around declaring independence willy-nilly.

Indeed, Spain’s constitutional court suspended the Catalan parliament session which was planned for Monday where this declaration was expected to take place. The court, as per the constitution, said that it would – surprise – be a “breach of the constitution”.

But considering that the earlier ruling by the court aimed at stopping Sunday’s vote was ignored by Catalonia’s leaders, they might very well just go ahead and sit around in parliament anyway.

Should that happen, Prime Minister Rajoy might consider invoking the never-been-used-before article 155 of the Spanish constitution. This would mean the government takes control of an autonomous region that “does not fulfil the obligations imposed upon it by the constitution or other laws, or acts in a way that is seriously prejudicial to the general interest of Spain”.

Yeah, because that will go down well

Yep, that would be just about the silliest thing the Spanish government could do. It would strengthen Puigdemont’s position and probably result in more protests and more violence. He has already warned that triggering of article 155 would be another in what he called “a long list of mistakes” by the Spanish government.

So, people are pretty pissed off?

Catalans are fuming. Spanish Guardia Civil and national police officers are still deployed in the region and while the riots and violence have stopped, things are still tense. This is probably going to get worse as we head towards Monday’s official independence declaration.

Oh, but Spain also has a king! What’s he doing?

Pissing Catalans off. King Felipe of Spain was accused of being a government mouthpiece after he accused the Catalan authorities of trying to break “the unity of Spain”. Filipe made a TV appearance in which he called the whole thing unacceptable, with Puigdemont responding by saying: “The king endorses the discourse and policies of the government of Rajoy, which have been catastrophic for Catalonia and deliberately ignore the millions of Catalans who do not think like them.”

And what about the European Union?

Despite the European Union being the obvious option to try to calm tensions, they’re nowhere to be seen with a sort of collective shrug emanating from all concerned. In fact, Brussels sort of backed the use of force during polls.

Addressing the European parliament in Strasbourg on Wednesday, Frans Timmermans, the vice-president of the European commission, said: “Let me be clear: violence does not solve anything in politics. It is never the answer, never a solution. It can never be used as a weapon or instrument,” he said. “Europe knows this better than anywhere else … It is a duty of any government to uphold the rule of law and this does sometimes require proportionate use of force.”

We wait and watch. Perhaps finding some perverse contentment in knowing that South Africa isn’t the only country where shit can hit the fan. At least we have our independence. DM

Photo: Residents who support a united Spain bid farewell to Spanish police officers leaving the Pineda de Mar hotels in Barcelona, Spain, 5 October 2017. During the last days pro-independence supporters have been protesting at the hotels against the police actions during the illegal referendum, banned by the Spanish Constitutional Court, held 1 October 2017. Photo: EPA-EFE/Andreu Dalmau