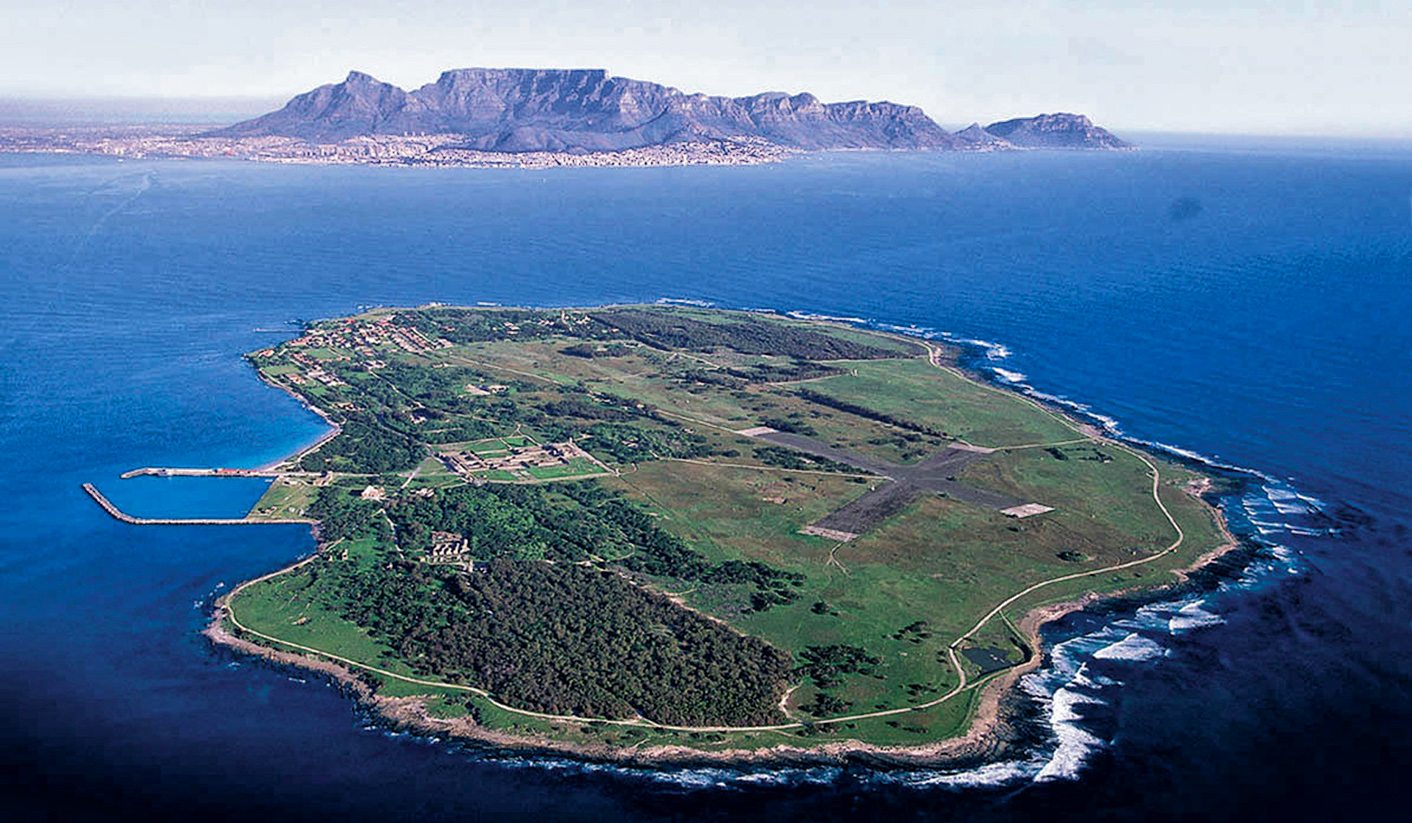 Considering that over eight million people have visited UNESCO World Heritage site the Robben Island Museum in the past 20 years, the near sinking of a chartered passenger vessel, the Thandi, and the emergency evacuation of around 70 passengers on 15 September is an anomaly. But it has highlighted a problem that has plagued the museum since it first opened to the public in 1997 – to get the some 350,000 visitors per annum safely on and off the island. On Wednesday members of the museum executive and the South African Maritime Authority briefed the Western Cape Provincial Parliament’s Standing Committee on Economic Opportunities on the incident. By MARIANNE THAMM.

They talk about the weather a lot; the people tasked with running the ferries and vessels that traverse the choppy eight nautical miles between the iconic Robben Island and the Cape Town harbour.

And it’s not just to make small talk. The weather, in this instance, means the difference between life, near-death – or death.

Which is why, slap bang in the middle of Heritage Month, on 15 September the chartered vessel, the Thandi, set off for Robben Island around 11:00 with around 70 passengers – local and international visitors – in apparently fair weather.

The Thandi, registered as a small passenger vessel (and not a ferry as an expert reminded everyone on Wednesday), is one of five used by the Robben Island Museum on a “trip by trip” basis when the fleet of ferries and boats owned by the museum cannot deal with demand or are out of commission (which is often).

The Thandi, registered to Silverbuckle Trade 21 CC owned by Essa Yacoob, was found in a 2015 survey report not to be suitable for operating with “non sea-faring” personnel” (in other words tourists) in inclement weather conditions.

Because of the key role Robben Island and the museum play in the tourism sector in South Africa and the potential international reputational damage the near-sinking has for not only for the museum but for South Africa, MPP Beverley Schäfer, Chairperson of the Standing Committee on Economic Opportunities, Tourism, and Agriculture, called on museum executives and the South African Maritime Safety Authority (SAMSA) to brief the committee on the near-sinking.

Everyone is taking the incident so seriously that the museum’s delegation arrived on Wednesday accompanied by a representative of Reputation Matters, a corporate reputation management company it has contracted.

“No, not like Bell Pottinger,” MD Regine Le Roux joked with Daily Maverick.

On Wednesday the museum’s Senior Ferry Operations Manager, Sandresan Thandroyan, told committee members that the Thandi had departed that day at 11:00 for Robben Island. The Master had gone out beforehand, he said, and had conducted a trial with crew only and had determined that the weather conditions “were fine for his vessel to take passengers”.

“The Thandi departed the island at approximately 13.45 to return to Cape Town. Approximately 25 minutes later, at around 14:10, the vessel experienced trouble,” said Thandroyan.

At some point, the port engine room bilge alarm had been triggered when it began to be flooded with water. As the craft took on more water the forward windows shattered and the vessel began to list to the port side. Eventually 10 rescue boats, two helicopters and another ferry, Madiba 1, rescued all of the passengers.

The Madiba 1, a R60-million utility vessel originally built for the oil and gas sector as a crew vessel, was recently converted into a 200-capacity ferry and offers “standby service” to the museum.

Thandroyan said that Madiba 1 had brought all of the passengers safely to shore “where medical personnel were on standby to assess them and make sure they were okay”.

An investigation by the South African Maritime Authority is currently under way but committee members expressed concern that the authority, tasked with licensing and regulating Robben Island’s ferry services, might not be impartial as it was, in essence, investigating itself.

In fact, as the committee was preparing to adjourn, SAMSA made the surprise announcement that the investigation might not be made public.

Schäfer later issued a statement saying that this raised “further suspicion around Thandi’s operation given that the ferry is only permitted to sail in ‘good weather conditions’, and was already allegedly overloaded.”

“What is gravely concerning is that Thandi falls outside of the required specifications outlined in SAMSA legislation which state that vessels can only operate in ‘good weather conditions’. This legislation is only applicable to vessels which exceed 25 tonnes in weight, which Thandi does not. This raises the question as to why RIM is making use of such small ferries which do not meet the stringent specifications necessary to qualify a vessel susceptible to national regulation,” said Schäfer.

Earlier Bruce Tedder, owner of Tedder Yachts, Chair of the South African Boat Builders Export Council and former director and shareholder of the Robben Island Ferry Company (which ran the first two ferries the Autshumato and Makana and is now sailing the Caribbean after RIFC’s contract was terminated in 2006) reminded committee members that the safety record over 20 years has been “phenomenal”.

Tedder was asked to brief the committee as a technical expert. He said that the ferry service to Robben Island was “an essential service”.

Asked by the committee whether the museum should consider commissioning its own ferries instead of needing to charter vessels like the Thandi, Tedder explained that such ferries could be built to “custom” in South Africa and would relieve the museum of having to contract in private operators on this lucrative service.

He said the Thandi, which is not a ferry, should not have embarked on the return journey to Cape Town harbour in the adverse weather conditions that had developed.

The museum owns four vessels, three of which are passenger carrying. These are the Sikhululekile (with a capacity for 289 passengers), the Susan Kruger (134) and the Dias (134). The Sikhululekile, built in 2008 by Farocean Marine, is often out of service for repairs. The Susan Kruger was built in Norway in 1959 and the Dias in Durban in 1956. The museum is currently seeking to acquire a new ferry and has put out a tender for this.

The vessels that RIM uses when its own ferries and boats are unable to transport passengers are the Thandi, the Sea Princess, the Jester and Thembekile.

Schäfer later claimed that Robben Island ferries were not fit for purpose and were operationally inadequate.

Robben Island and the Robben Island Museum are a highly lucrative tourist attraction and it was important that everything surrounding the experience was “world class”, said Schäfer. The partnership between government and the private sector was to be welcomed but this needed also to meet the high standards expected.

The Competition Commission’s investigation found that in September 2015, the operators had met at a coffee shop where they had discussed and agreed to increase the prices they would charge the museum when responding to a tender it had put out for bidders to be listed on the museum’s database as preferred service providers for a 12-month period.

In the end all three operators had quoted an identical price. Silverbuckle and Tigger 2 Charters had also increased their prices but less so than the other operators as their vessels were smaller. The complaint has been referred to the tribunal for adjudication.

Schäfer has called for an independent investigation into the near-sinking of the Thandi and also made a request on Wednesday that SAMSA make its report available to the public “in the interests of passenger safety and the broader reputation of Robben Island and its museum going forward. We must ensure that the ferry service on offer meets international standards, and protects the lives of the thousands of tourists who make the trip to experience our country’s cultural and political heritage.”

The upside takeout of Wednesday’s committee meeting is that an efficient oversight and highly regulated system exists in South Africa. Robben Island Museum CEO Mava Dada told committee members, “I was pleased to receive the letter to come here. We are interested in uncovering and rectifying any blind spots.” DM