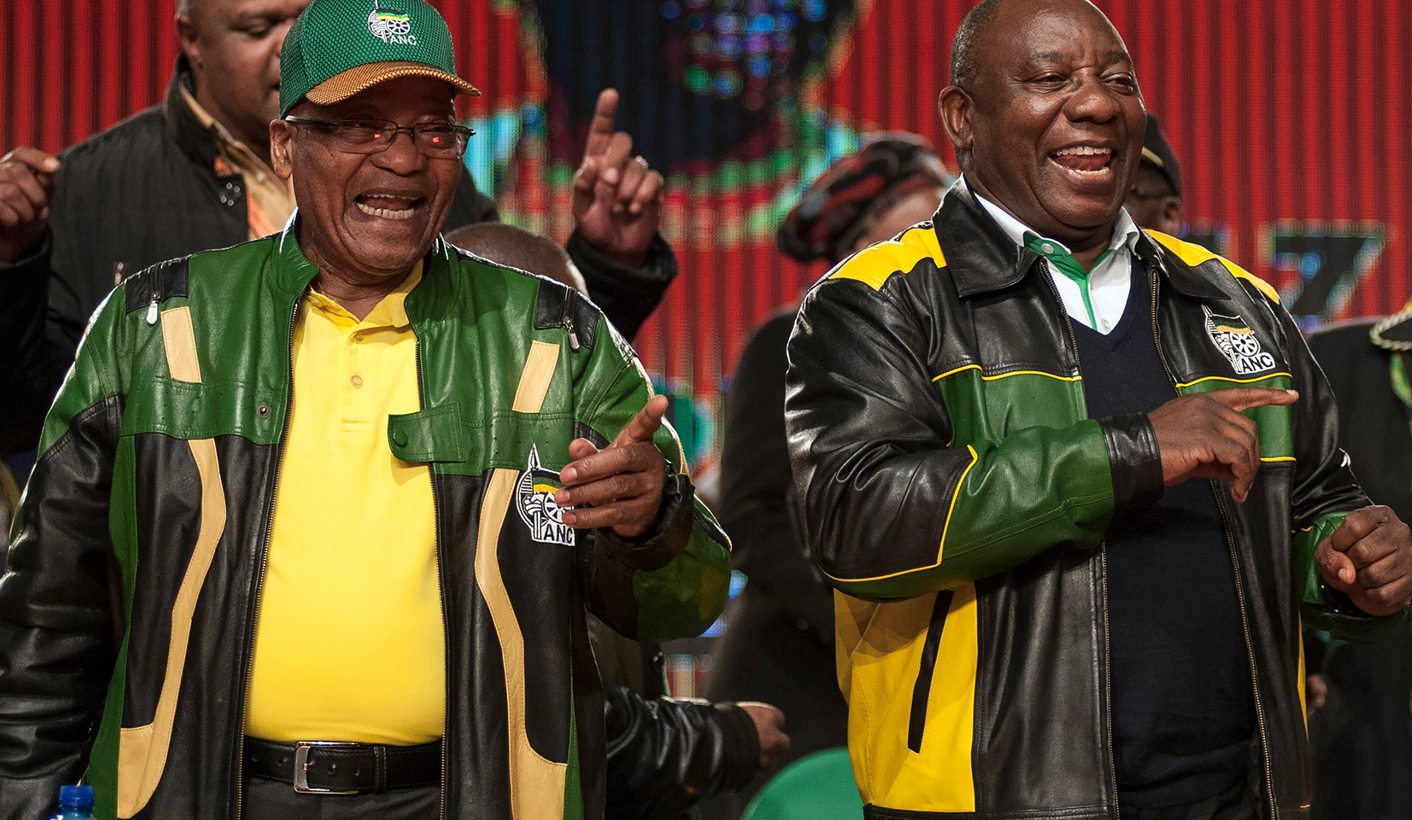 The 1,700 delegates at the ANC’s Eastern Cape conference in East London this weekend could present an early taste of what will go down at the party’s December conference. But the province might not want go as far as repeating what it did over a decade ago when it defied party rules by resolving to support a certain candidate for party president. This time it will be a little more subtle – the proof of the pudding will be in whether the leader delivering the closing address will be President Jacob Zuma or his Deputy, Cyril Ramaphosa. By CARIEN DU PLESSIS.

It’s the Eastern Cape’s last chance to get it right or hold their peace until after December. ANC secretary-general Gwede Mantashe recently sent out a directive that there would be no more provincial conferences after the end of September and before the party’s national conference two and a half months from now, partly due to the administrative chaos these create, but also due to the fights and divisions that inevitably result.

The Eastern Cape conference was once postponed already, supposedly to allow for branch audits to be completed. It’s just made Mantashe’s cut-off.

The province is the only one that hasn’t yet handed its audit figures to Mantashe, a function perhaps of its size (it’s the second biggest ANC province after KwaZulu-Natal) as much as the level of contestation within the province. Twenty national executive committee members had been working on resolving issues in the Eastern Cape.

On Thursday, a joint meeting by provincial and national leaders thrashing out disputes lasted for about seven hours, causing a press conference scheduled for 2pm on Thursday about the state of readiness for the conference to start more than five hours late. In the end a total of 568 branches out of the 701 in the province were deemed fit to take part in the conference.

Eastern Cape Premier Phumulo Masualle, who will be making a bid for his third four-year term as chairperson, said at the press conference that his province would “refrain from pronouncing on the national conference”. Provincial secretary Oscar Mabuyane, who is contesting Masualle for the provincial chair, is more vocal in his support for Deputy President Cyril Ramaphosa, and in his campaign for the chair has also attracted Ramaphosa supporters, thought to be a majority in the province.

In December 2006, when Stone Sizani (who later became chief whip in Parliament and is now ambassador in Germany) was elected provincial chair ahead of Mcebisi Jonas (who later became deputy minister of finance for a few years), the conference delegates resolved that it had a preference for then president Thabo Mbeki to stay on as party leader at the party’s Polokwane conference, then still a year ahead. It forced the newly-elected leadership to take this line, whether they felt comfortable with it or not.

The province was then the largest voting bloc in the ANC, but it wasn’t united enough to prevail in the end – and it hasn’t really recovered from that setback since.

Masualle’s pronouncement on Thursday could possibly have been informed by this experience – he took over from Sizani three years later – but it’s also perhaps an effort to keep some semblance of unity in the province and to keep the conference together. Masualle has previously flip-flopped on endorsing a presidential candidate.

The Herald interviewed Masualle days after he told a pro-Ramaphosa audience in the province that the party need look no further than its deputy president in its search for the next leader. He seemed to backtrack, telling the paper what he really meant was that Ramaphosa was one of the candidates to be considered.

Masualle, who is from the OR Tambo region around Mthatha which in 2007 came out strongly in favour of Zuma, has attracted Zuma sympathisers such as Andile Lungisa on his slate. Lungisa was earlier this year controversially elected chairperson of the Nelson Mandela Bay region after being ordered by Mantashe not to stand. Party rules did not allow provincial executive committee members to run for lower positions.

Masualle also has a history in the SA Communist Party, which is now scathing about Zuma’s leadership. He has managed to distance himself slightly from the party in the past few years, however, when he stepped down as treasurer of the SACP at its conference five years ago. He cited his responsibilities in the province as premier, although there were questions about how comfortable he was in the SACP at that point anyway. Despite his flip-flopping, a win this weekend for his slate would be considered to be a boost for ANC MP Nkosazana Dlamini-Zuma’s presidential bid.

Most commentators and party insiders, however, reckon that Mantashe – who is originally from Cala near Queenstown and who has been known to farm there – has done his work on the ground and this will point to a win for Mabuyane. Mantashe has recently pronounced his support for Ramaphosa to take over from Zuma because of the tradition in the party for the deputy to take over from the president.

Ramaphosa this past weekend came to the province to open a section of the Cecilia Makiwane Hospital in East London, and to visit an HIV/Aids centre and address congregants during a church service. All this points to confidence on his part.

Masualle, however, still has the considerable support of the ANC’s second biggest region countrywide, OR Tambo, but divisions and a court case have weakened this. He also has Joe Gqabi (around Queenstown) and Amathole (around East London) regions, as well as about half of Nelson Mandela Bay (around Port Elizabeth) around him. The leadership in these regions lean towards Dlamini Zuma.

The Alfred Nzo region, around Mount Ayliff, is an exception. In July it declared its support for ANC treasurer-general Zweli Mkhize, who is positioning himself as a compromise, or “unity”, candidate.

Presidential hopefuls Lindiwe Sisulu and Mathews Phosa also have pockets of support in the province, with Sisulu having secured a nomination from a branch in the Amathole region. Both have addressed meetings in the province, but Sisulu had to cancel a campaign trip there last weekend due to an emergency national executive committee meeting.

Even though branches are the ones with a direct say in the outcome of the December leadership contest, the provincial leadership is important partly because they are the ones doing the horse-trading with leaders of other provinces about who the ANC’s top six leadership, as well as who the 60 or 80 members of the national executive committee, should be.

They also work to influence the members on the ground, and they are key to providing access to prospective presidential candidates to address “cadre forums” and other campaign events.

Ramaphosa has mostly been barred from campaigning in KwaZulu-Natal, the ANC’s biggest province, so friendly leaders in the Eastern Cape could be just what he needs at this point, and things are looking good for him. Rumours are that he’s already on standby to close the conference on Sunday. DM