Mbalula’s Six-Point Plan: Much talk but little action as cops on the ground clueless about it 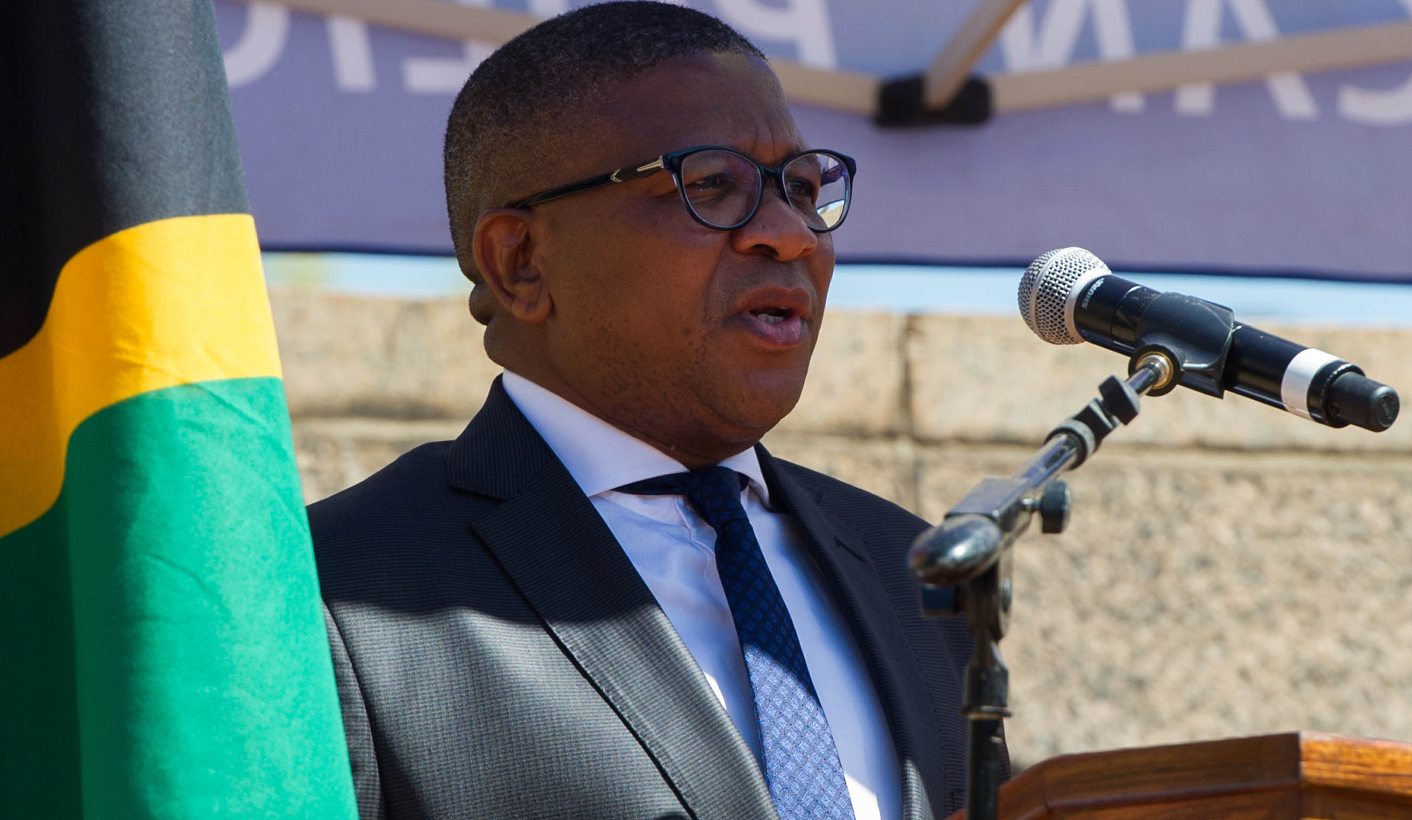 As Women’s month got under way in August, Minister of Police Fikile Mbalula announced a six-point plan aimed at how police should deal with victims of gender-based violence. He said that each police station would have the plan posted visibly and officers would be made aware of it through a national instruction. But nearly a month since his pronouncement, an instruction is yet to be given and officers in charge offices around the country are clueless about the plan. By PUSELETSO NTHATE.

Minister of Police Fikile Mbalula’s promised six-point plan in itself is not exactly groundbreaking and should already be what victims of gender-based violence should expect when they go to a police station.

It instructs police personnel to:

“The six-point plan… does not come out of thin air but (from) broader policy objectives which are an instruction to our police officers and a commitment to our people… Each police station will have these six points visibl(e) at the police station and awareness including a national instruction has been prepared in this regard,” said Mbalula in a speech delivered in August at an “action” indaba to address gender-based violence.

But a Daily Maverick spot survey of 18 police stations across the nine provinces revealed that on the ground police officers remain clueless about the plan.

When asked about the plan, responses from officers included: “What did you say, please explain, and I have never heard of that.”

When asked specifically about whether stations were equipped with a Victim Friendly Room (VRF), again several officers asked “what is that?” while another said while the station did not have a specific room, “a space could be arranged”.

And what of FCS unit investigators or trained investigators? Many officers responded that the stations only had these members on standby or that they were based at other stations in the district.

Their responses are worrying when considered in light of recent gender-based violence statistics – 60,003 domestic violence related cases registered with the police between April 2016 and December 2016 and 37,630 sexual offences (80% of which were rape) cases over the same period.

Mbalula, known for talking tough and promising action, is yet to roll out his six-point plan with police ministry spokesman, Vuyo Mhanga, saying this was due to the “minister’s tight schedule”.

Mhanga said Mbalula was going to sit down with police commanders from the provinces on 30 September around implementation of the plan.

Commenting broadly on policies aimed at addressing gender-based violence, Lisa Vetten, who has worked in the field for over 20 years, said South Africa has more than enough policies to deal with this scourge. “What it lacks is the political will and budget to implement them”.

Sonke Gender Justice, head of the Policy Development and Advocacy, Dr. Marlise Richter told Daily Maverick that not enough was being done “given the everyday violence against women”.

During Women’s Month, several cases of violence against women involving high profile men were reported widely in the media. Deputy Minister of Higher Education Mduduzi Manana was filmed assaulting three woman in a Sandton nightclub. While he remains a member of Parliament, he has resigned from his deputy minister post and has pleaded guilty to three charges of assault.

Grandson of anti-apartheid struggle stalwarts Walter and Albertina Sisulu, Shaka Sisulu, is alleged to have assaulted the mother of his son. He has been charged.

Marks Maponyane, a retired football legend, was also found guilty by the Tembisa Magistrate Court of assaulting his wife.

These are but three cases. Hundreds of other cases of assault and rape did not find their way on to any media platforms over the month.

According to Violence against Women in South Africa, A Country Crisis study published by Centre for the Study of Violence and Reconciliation (CSVR), the recorded murder rate of 24.7 per 100,000 females in South Africa is significantly higher than global levels.

South Africa’s 2016 Demographic and Health Survey indicates that one in five women older than 18 has experienced physical violence. This figure is reportedly higher in the poorest households, where at least one in three women has reported physical violence. A 2009 Medical Research Council study reported that three women die at the hands of their intimate partner every day putting this femicide rate at five times more than the global average.

The CSVR study highlights that South Africa has a strong legislative and policy-enabling environment aligned with international conventions but that despite this, “myriad of legal protections and interventions by state and non-state actors, women in South Africa continue to experience extremely high rates of violence”.

“Attempts at tackling violence against women must consider these complexities and should not be looked at in isolation from other structural and social problems,” it recommends.

“Violence against women in the country has not abated despite the efforts of the government. Since the 2015/16 financial year out of 224,930 warrants issued a mere 1,624 arrests were made,” said Democratic Alliance Shadow Minister of Police, MP Zakhele Mbhele.

Mbhele said: “A woman is murdered every eight hours in the country, it has now become clear that SAPS is consistently failing to keep South Africans safe.”

So what is government to do?

Minister in the Presidency responsible for Women, Susan Shabangu, told Daily Maverick her office had chosen the community dialogue approach in order to interact with communities that experience violence on a daily basis as victims or members of the family of the victims.

“The dialogues are aimed at encouraging communities to speak up about issues and the challenges they face… to establish reasons why violence against women is not lessening despite the unprecedented body of laws,” said Shabangu.

She added that the dialogues provide an opportunity to understand social, cultural and religious practices and laws that perpetuate violence against women.

“It is critical to assess persistent shortcomings and gaps in the current legislation, policies, institutional mechanisms and programmes aimed at addressing violence against women,” said Shabangu. DM