ISS Today: SA’s parliamentary watchdogs must up their guard 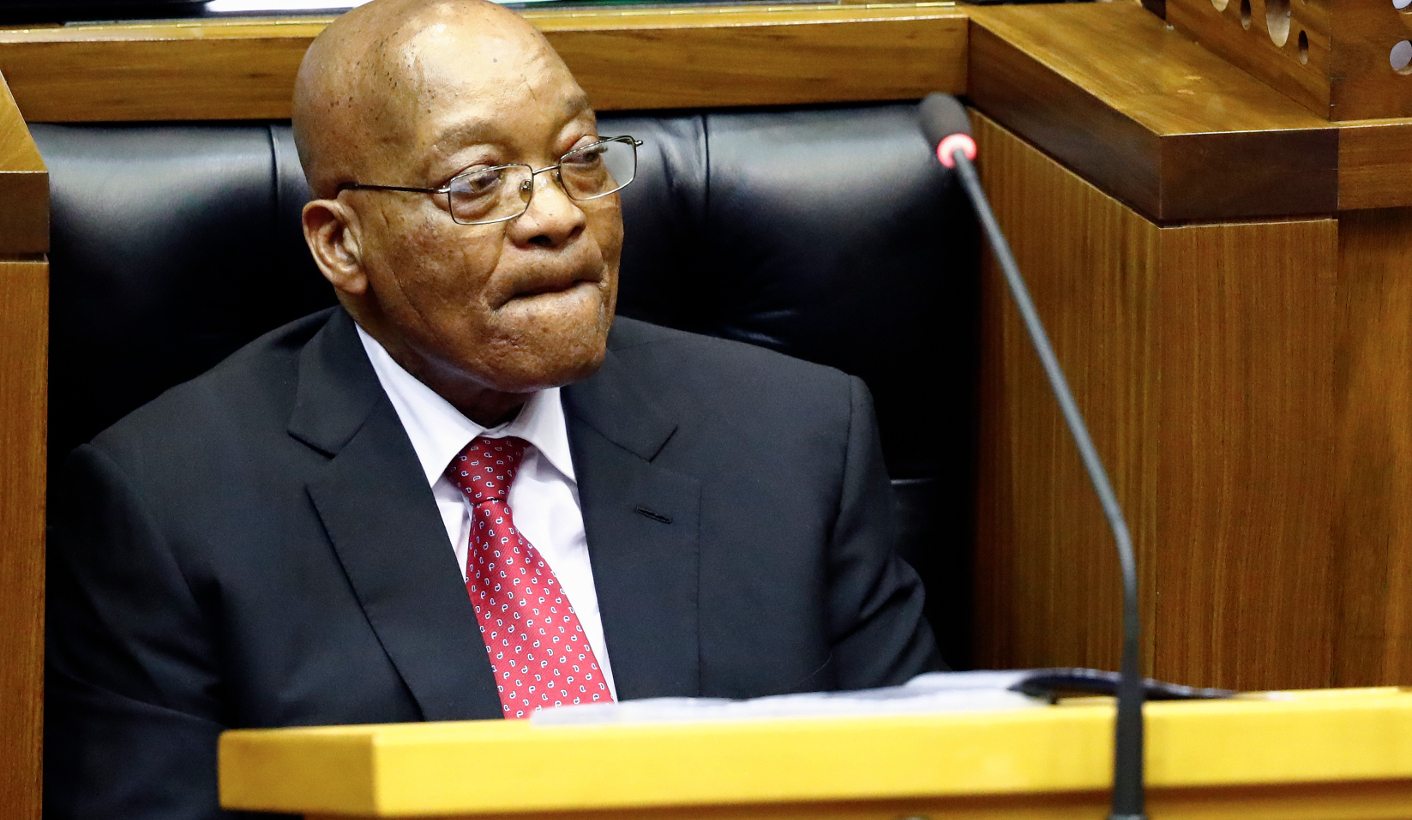 Unless the electoral system is changed, oversight will depend on MPs acting against the “party line”. By Judith February for ISS TODAY.

During South Africa’s recent presidential question time in Parliament, President Jacob Zuma managed to evade just about every question – specifically the ones linking him directly to state capture. When asked whether there had been outside influence when he appointed his special adviser on energy, Zuma simply replied, “I took my decision”.

And so it went on. It was a thoroughly pitiful performance.

Recently too, Public Service and Administration Minister Faith Muthambi simply failed to appear before Parliament to answer questions relating to corruption and nepotism. This is a disregard of the Constitution and the obligations it places on the president and ministers to account to Parliament.

Last week, Deputy President Cyril Ramaphosa said he would look into the Muthambi matter and agreed that Parliament had the right to summon her. Of course, Muthambi had been summoned by former portfolio committee chair Makhosi Khoza, but since her removal as chair by the African National Congress (ANC), it remains to be seen whether the committee will insist on implementing the summons.

International Relations and Co-operation Minister Maite Nkoana-Mashabane was in Vietnam when she was meant to be accounting for the immunity granted to Zimbabwe’s first lady Grace Mugabe. This unleashed a parliamentary storm, causing ANC Chief Whip Jackson Mthembu to call for a tightening of the parliamentary rules when ministers fail to appear before Parliament.

But section 55 of the Constitution clearly sets out Parliament’s oversight role. It says the National Assembly must provide for mechanisms (a) to ensure that all executive organs of state in the national sphere of government are accountable to it; and (b) to maintain oversight of – (i) the exercise of national executive authority, including the implementation of legislation; (ii) any organ of state.

On the other hand, presidential question time is meant to be an institutional mechanism of accountability, which, along with the committee system, should specifically hold the president to account. In theory, it provides ordinary members with the opportunity to seek specific information from the president on matters of importance. Unfortunately question time as an oversight instrument isn’t always successful. Either there is evasion or the governing ANC members put “sweetheart questions” to the president that he can easily bat away.

But Parliament’s constitutional role has been fraught ever since the arms deal created a spot of bother for ANC MPs, who were expected to exercise oversight of their senior party bosses in the executive back in 2000. It’s a fine balancing act between members of Parliament (MPs) holding the executive to account while simultaneously trying to protect their seat and their position. Parliament’s mandate comes directly from the constitution, and ideally one would want a more robust relationship between the legislature and the executive.

There was a brief time after the ANC conference at Polokwane in 2007 that Parliament experienced a kind of Prague Spring – with MPs committing themselves to exercising greater oversight over the executive. This came immediately after the Thabo Mbeki years, which saw Parliament becoming increasingly cautious in dealing with the executive.

The arms deal investigation of 2000 saw this mandate directly challenged. The executive used a heavy-handed approach to pressure then speaker Frene Ginwala to curtail the powers of the standing committee on public accounts (Scopa) during the probe. It led to the shafting of ANC MP Andrew Feinstein as chair of the ANC study group within Scopa, and the weakening of then chair Gavin Woods.

It created a partisan fault line within Scopa – and the committee never really fully recovered, as ANC MPs specifically were corralled into a more executive-minded approach so as to reduce government accountability. Of course, the Prague Spring was short-lived and soon turned into a winter of discontent.

South Africa’s Parliament, with its deeply compromised and conflicted Speaker, ANC chairperson Baleka Mbete, has probably never suffered from such a crisis of confidence. The electoral system is one where the party owns the seat. MPs are far keener to please party bosses than to question ministers who may be senior to them in the party.

We saw this during the compromised and half-hearted arms deal investigation in 2000; and nothing much has changed since. The ANC in Parliament has wasted no time in using its majority to push through legislation like the Protection of State Information Bill and the Nkandla report, virtually ignoring the substantive recommendations set out in the Public Protector’s report.

It is difficult in the current political milieu and within the constraints of our prevailing electoral system to demand accountability from the president and his cabinet. After all, the tone is set at the top. Zuma’s ministers show a reckless disregard for Parliament simply because he does. Apart from a change of electoral system, exercising oversight depends on the willingness of the individual MP to risk acting against the “party line”.

If the current rules were amended to somehow sanction the no-show ministers, it would again depend on Parliament’s ethics committee (or some such) to enforce them. And as we have seen in the past, that committee is only as strong as the willingness or ability of the majority party to censure one of its own.

Civil society organisations working on parliamentary issues continue to keep up the pressure on openness and transparency within committees, as do opposition parties. Mthembu and others within the ANC need this support.

These interventions, small as they are, are crucial for greater oversight over the executive. The opposition also has to continue asking questions even if many are left unanswered. After all, if Parliament malfunctions, it is the poor who suffer most. DM