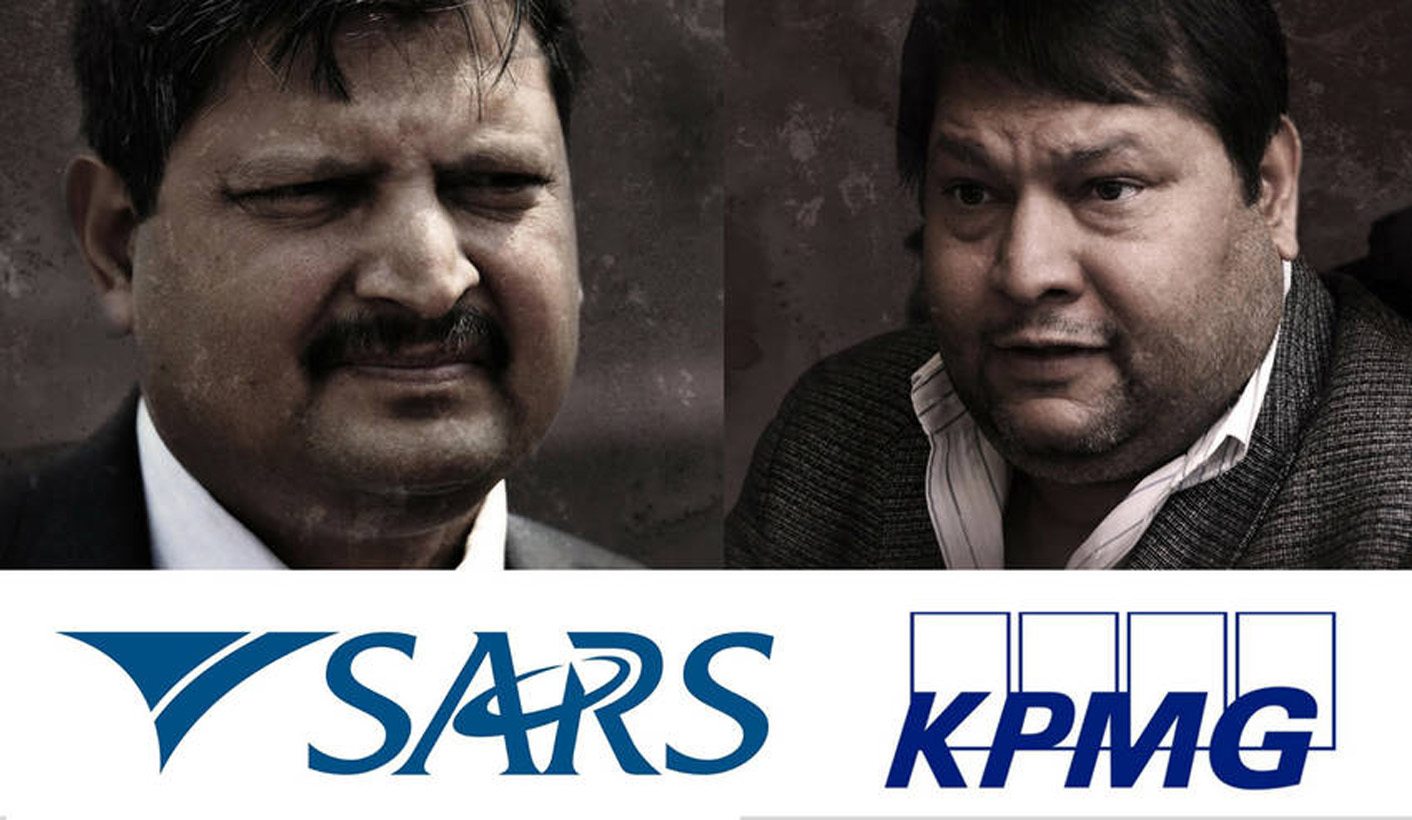 SA business leaders and company directors have come face to face with a critical ethical decision. Should they part ways with KPMG or not? The fact that a major business corporation such as KPMG has become complicit in the machinery of corruption is a golden opportunity for the business sector and company directors to reveal their own ethical values. By IRAJ ABEDIAN.

On Thursday 7 September, 2017, I resigned as a non-executive director of Munich Re of Africa over KPMG as their external auditors. This followed nearly three months of serious engagements within the board with KPMG’s high-level representation. Directorship of companies, be they public or private, is a serious responsibility. From the perspective of the governance of societal resources, both in the public and private sectors, external auditors play a critical role in ensuring good governance and compliance with ethical codes such as truthful or facts-based reporting, integrity, reliability and transparency. So external auditors and their reputation matter beyond measure.

Ever since the advent of the #GuptaLeaks, and a growing body of evidence implicating KPGM, Bell Pottinger, McKinsey and SAP, it has become clear that corruption is not confined to the public sector, political leaders and the executives of state-owned companies. In fact, it has become clear that in today’s complex and globalized financial markets, no serious corruption can be sustained without an intricate and close working relationships among sophisticated and competent private sector professional firms and those who hold high offices- whether in public or in the private sector.

Whereas the cases of McKinsey and SAP were almost straightforward incidences of bribery and theft of money from state-owned companies, that of KPMG is more destructive. This is because, the case involves no simple evidence of bribery or abuse of public funds of the order of magnitude that McKinsey’s plundering at Eskom entailed. Rather, KPMG corrupted the very underpinning of corporate governance and the reputational reliability of the external audit function per se, and did so over an extended period of time in the face of evident financial and business malpractices of its client. As such, SA business leaders and company directors have come face to face with a critical ethical decision. Should they part ways with KPMG or not?

Arguments fly in all directions, and many directors seem ambivalent and inclined to outsource their ethical decision-making to institutions and regulatory processes such as the ones under way at Independent Regulatory Board of Auditors (IRBA) or the investigation launched by KPMG international. Meanwhile, KPMG has also gone out of its way to create a case of “false dilemmas” for many directors, chairpersons of audit committees, and risk committees of publicly listed corporations.

There is little dispute in the fact that KPMG is now a damaged, if not seriously compromised, brand – at least in South Africa. Three critical and — in the language of auditors — “material violations” have contributed to KPMG’s sinking reputation. First, this once distinguished firm failed the elementary test of competency when it audited the books of the Guptas’ Wedding Project Manager. Every first year audit student knows that R30-million cannot flow into a South African company (Linkway Trading) from a Dubai entity (Accurate Investments) without a contract, terms of business engagement, and performance deliverables.

A simple “invoice” for the flow of funds cannot be sufficient for the external auditors to move on. From a risk perspective, the fact that the Guptas owned Accurate Investments in Dubai (i.e. a related party) was yet another material issue, and almost prima facie evidence that something was unusual, to say the least. Yet the KPMG team turned the other way, despite one of their junior staff members highlighting the problem. And the senior staff of KPMG turned a blind eye not only in the closed boardrooms, but also even when the plane landed illegally, and when the “wedding of the century” was placed in front of the world to see. The senior partner who attended the wedding, and his senior colleagues who issued KPMG top-risk clearance to attend, could not see the violation of elementary rules of audit and ethics.

Incidentally, this is the case that the Independent Regulatory Board of Auditors is investigating and it is the only KPMG violations that it can investigate. If it finds KPMG guilty, the maximum penalty will be a paltry R20,000. Big deal! Of course, KPMG is not worried about the penalty per se, but they would like to make sure that the Independent Regulatory Board of Auditors places the blame on the “audit team” who happened to have erred, and not KPMG the firm. Quite frankly, in the broader scheme of KPMG’s violations, this is all a red herring. Of course, for the audit profession, it is a major error of audit process failure.

The other two violations by KPMG fall outside the authority of the Independent Regulatory Board of Auditors. First, the fact that KPMG provided technical international tax advice to the Gupta Group of companies is not an audit protocol matter. The truth is that over an extended period of time, KPMG’s vast global capabilities were used to ensure that the public funds extracted from the South African fiscus were placed in Dubai, and structured the group so as to avoid tax payments. These technical advisory services by KPMG placed the firm as an expert accessory for modern-day transnational financial transactions of both licit and illicit types. The Dubai-based precious metal trade operations were also structured by KPMG. Some other associated entities in Dubai were likewise the result of the creative and competent advice of KPMG, all with a view to avoid taxes and obfuscate the facts of origin of bullion and other precious metals. Important, given the nature of the assignment, this leg of KPMG involvement required the participation not just of the South African firm and its staff, but also other KPMG offices in Dubai and elsewhere. In brief, KPMG became complicit in the process for nearly a decade, and a critical and efficient enabler of what might turn out to be illicit financial flows – at least in “the spirit”, if not in terms of “the letter” of the law.

This potential finding is precisely what the KPMG International firm is determined to avoid. It is common knowledge that KPMG international has launched its own internal investigation, in a similar vein to Bell Pottinger. This internal investigation has sidelined the SA executives from the scrutiny process and its final findings. Understandably, the firm has to ensure that the findings do not open the global corporation to any liability and financial claim which could run into billions of US dollars. Complicity in global illicit financial flows entails massive monetary and non-monetary penalties in the OECD jurisdictions.

The third and in my view the most damaging ethical violation by KPMG arises from its involvement in the notorious “SARS Report”. Here, the audit firm ignored both the due process and the integrity test, paying scant attention to the institutional and systemic damage that its “report” would entail. In effect, KPMG knowingly and willingly agreed to become an accessory to a complex scheme to undermine institutional integrity, and the country’s macroeconomic governance framework, broadly defined. By lending its internationally respected brand, at a reported price of R23-million, to the “report”, KPMG became at once an integral element of the complex machinery of mega corruption in this country.

In this context, the question arises: why do company directors and corporations such as Standard Bank, Old Mutual, Investec, Goldfields and others not sever links with KPMG? Why do they have to wait for the Independent Regulatory Board of Auditors or KPMG International investigation reports? While these investigations need to happen, they have absolutely no bearing on the ethical judgement that KPMG clients have to make. On the basis of what is already in the public domain — and KPMG has not denied any of it — there is nothing to wait for.

Fighting corruption, much like justice, should not only happen, but also be seen to happen. The fact that a major business corporation such as KPMG has become complicit in the machinery of corruption is a golden opportunity for the business sector and for company directors to reveal their own ethical values. The Institute of Directors of SA has taken the first and necessary step to distance itself from KPMG. Others need to follow suit, and do so with ethical clarity. Failure to deal with KPMG decisively will have enormous and systemic implications for the promotion of good governance within the business and public sectors, and in the society at large. The political economy of “clean and ethical governance” is too important for our society, and any prevarication or ambivalence in the face of such compelling evidence is, by itself, unethical. DM