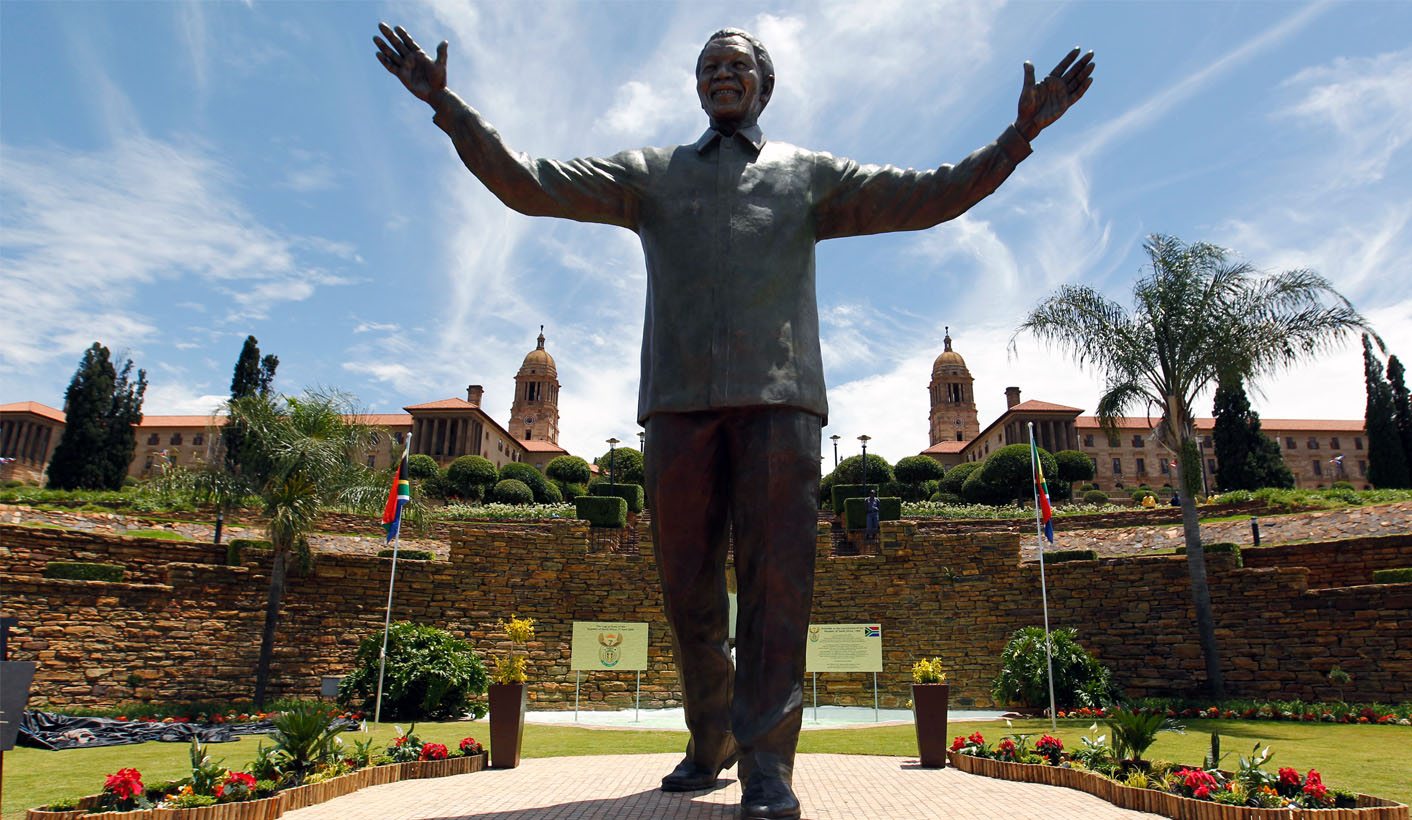 In the same way that Zimbabwe president Robert Mugabe believes Nelson Mandela failed to stand up to whites during the pre-1994 negotiations, Mugabe should recognise that we – South Africa – have failed to deal with him and his failed leadership in Zimbabwe. By MONDLI ZONDO.

Over the past few days, Zimbabwean president Robert Mugabe publicly lashed out at our former late president Nelson Mandela suggesting that Madiba betrayed black people when apartheid was defeated. “What was the most important thing for Mandela was his release from prison and nothing else. He cherished that freedom more than anything else and forgot why he was put in jail.”

These are the words that prompted ANC Secretary-General Gwede Mantashe to lodge a complaint with his counterpart in the Zanu-PF urging him to rein in Mugabe and to warn him against tarnishing Mandela’s name. Mantashe was scathing; he reportedly said to Zanu-PF that while Mugabe is critical of Mandela, he has destroyed his own country’s economy.

I have tracked mixed reactions to Mugabe’s remarks. Many are furious that he has the audacity to speak ill of Mandela while not saying a word about how his wife escaped justice after assaulting a South African woman last month. Some are amused and believe the 93-year-old suffers from dementia. Others agree with Mugabe and believe Mandela indeed “sold out”.

As South Africans, we should not easily jump on the bandwagon of condemning Mandela or his handling of the transition period as we ushered in democracy. Ours was a negotiated democracy and this meant give and take on all sides. I am not suggesting Mandela’s legacy is beyond reproach but it would be amiss of us to ignore the complexity of the task he faced. Having said this, I believe Mugabe is on to something and he should indeed chastise South Africa.

One rarely agrees with Mantashe but this time he is right: Mugabe of all people should stay clear of Mandela’s name and turn his focus on his own legacy. While he believes black South Africans should now blame Mandela for the difficult conditions they continue to live under, it would be fascinating to learn who he blames for the pitiful state of his own country.

If Mandela is to blame for the economy remaining in white hands then who would Mugabe blame for the fact that 72.3% (a figure released by his own government) of Zimbabweans live in abject poverty? If Mandela “forgot why he was put in jail,” do Mugabe’s actions over the past 30 years as president reveal that he remembers why he fought for Zimbabwe’s freedom?

I believe Mugabe’s anger is misdirected and he should instead bemoan South Africa for not standing up to him. In the same way that he believes Mandela failed to stand up to whites during the negotiations, Mugabe should recognise that we have failed to do that with him. During the Mbeki administration in particular, South Africa should have acted on Zimbabwe but we missed this opportunity.

Today Mugabe feigns sadness about the fortunes of poor black South Africans. It would be nice if he would be as disgusted with the deplorable standard of living Zimbabweans have to contend with. On this front Mugabe has plenty of blame to fire our way.

Instead of attacking Mandela, why is he not addressing the fact that Mbeki failed to negotiate fairly between Zanu-PF and the MDC in 2008 when he advanced for a coalition government? Mbeki chose stability over democracy as the MDC had won those elections and Mugabe should have not been allowed to hold a run-off election. Why is Mugabe not holding us accountable for this failure? Had we done what he now thinks Mandela should have done, perhaps Zimbabwe would be better for it.

Mugabe should have also his time in the spotlight to discipline South Africa for being a seemingly lawless state. At a summit in 2002, Mugabe famously told then British prime minister Tony Blair to “keep your England and let me keep my Zimbabwe”. This was after Blair had criticised Zimbabwe’s land grab policy.

In saying this, Mugabe was telling Blair to respect the sovereignty of his country and one would have expected him to give his wife the same lecture. Instead of fixating on what Mandela did or didn’t do, Mugabe should engage on the fact that South Africa has failed to implement its own laws (as he did with land grabs) by arresting Grace Mugabe. In this instance we did not “keep our own South Africa”. His silence on this is matter is conspicuous.

If Mugabe’s conviction is that Mandela let black South Africans down in 1994, he must accept that South Africans have let the people of Zimbabwe down by failing to deal with him (Mugabe) decisively. DM

Mondli Zondo (@MoZondo) is a columnist and a Mandela Washington Fellow.

Photo: A 9-metre bronze statue of the late former South African President Nelson Mandela is unveiled as part of the Day of Reconciliation Celebrations at the Union Buildings in Pretoria December 16, 2013. Photo Thomas Mukoya/(Reuters)