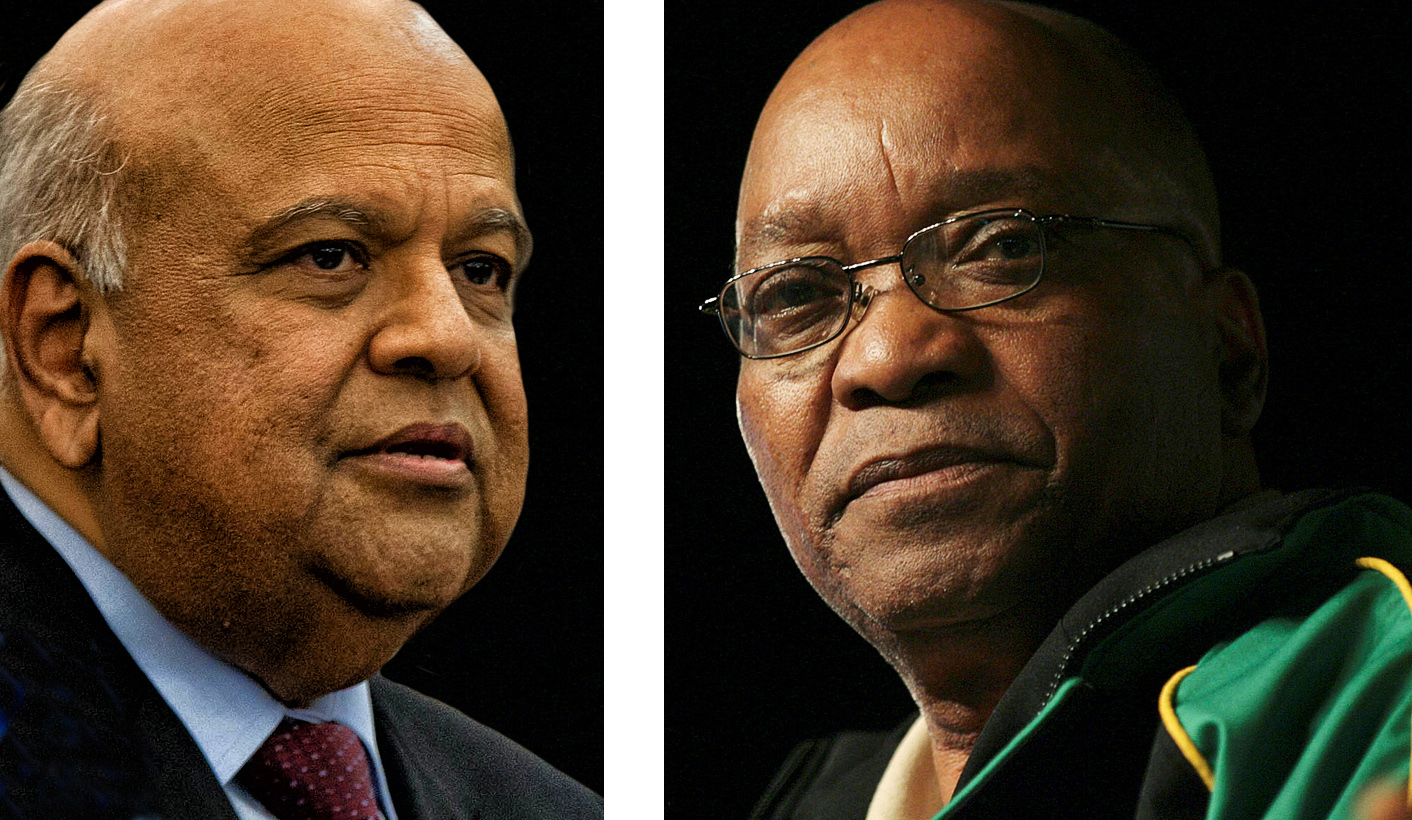 When he isn’t under attack from President Jacob Zuma’s sons hurling insults at him while he delivers a speech or sending him defamatory letters, Pravin Gordhan also has to ward off the ANC’s Youth and Women’s leagues. And now, just to make certain that Gordhan does not rest easy, the Hawks have revived an old investigation with regard to a SARS investigative unit established when Gordhan was commissioner. And for good measure, the Hawks also want an affidavit from former Finance Minster Trevor Manuel. By MARIANNE THAMM.

The Hawks hounded Gordan while he was Finance Minster for several months in 2016 using an apparent rotational set of recycled charges all related to the issue of the SARS unit. When this investigation collapsed the Hawks relentlessly pursued another case relating to the early retirement of former deputy commissioner Ivan Pillay.

With much public fanfare, Gordhan was charged by NPA head Shaun Abrahams, only for the charges to be withdrawn a short while later when it emerged that an exculpatory “Symington” memorandum had not formed part of the Hawks investigation.

Leading the investigation was head of the Crimes Against the State Unit Brigadier Nyameka Xaba. Xaba was later investigated by IPID for his role in holding SARS official Vlok Symington hostage in a boardroom at the SARS head office in an attempt to retrieve an email from SARS’ own attorneys that they did not want to be associated with the probe into Gordhan. IPID has completed the investigation into Xaba. It is currently part of an ever-growing pile on Abrahams’ desk.

Meanwhile, the ANCYL and the ANCWL this week attacked Gordhan, accusing him of “corruption” with regard to National Treasury’s Integrated Financial Management System.

On Wednesday there were calls for Gordhan and former Treasury director-general Lungisa Fuzile to be investigated over a failed R1-billion IT project.

Finance Minister Malusi Gigaba told Parliament’s Standing Committee on Public Accounts that he had launched a forensic investigation into the contract. The project was initiated in 2005.

Replying to calls for him to be charged, Gordhan, who is currently overseas, responded: “The IFMS is a project managed by officials of the National Treasury the MINISTERS HAVE NEVER GOT INTO THE DETAILS. This is part of a well orchestrated campaign by the ‘Gupta syndicate’ to discredit and launch attacks through the abuse of state institutions on those opposed to corruption and working for a renewal of the ANC so that we can once again earn the trust of citizens and ensure the anc wins the 2019 elections.” (sic)

He added that “these malicious actions by this nefarious clique is a sign of desperation. This is also a very transparent and ridiculous attempt to shift the focus from the plentiful evidence existing in the Public Protector state capture report and the leaked emails of plain stealing of public resources for which this clique must still account some day soon. We will respond comprehensively next week.” DM