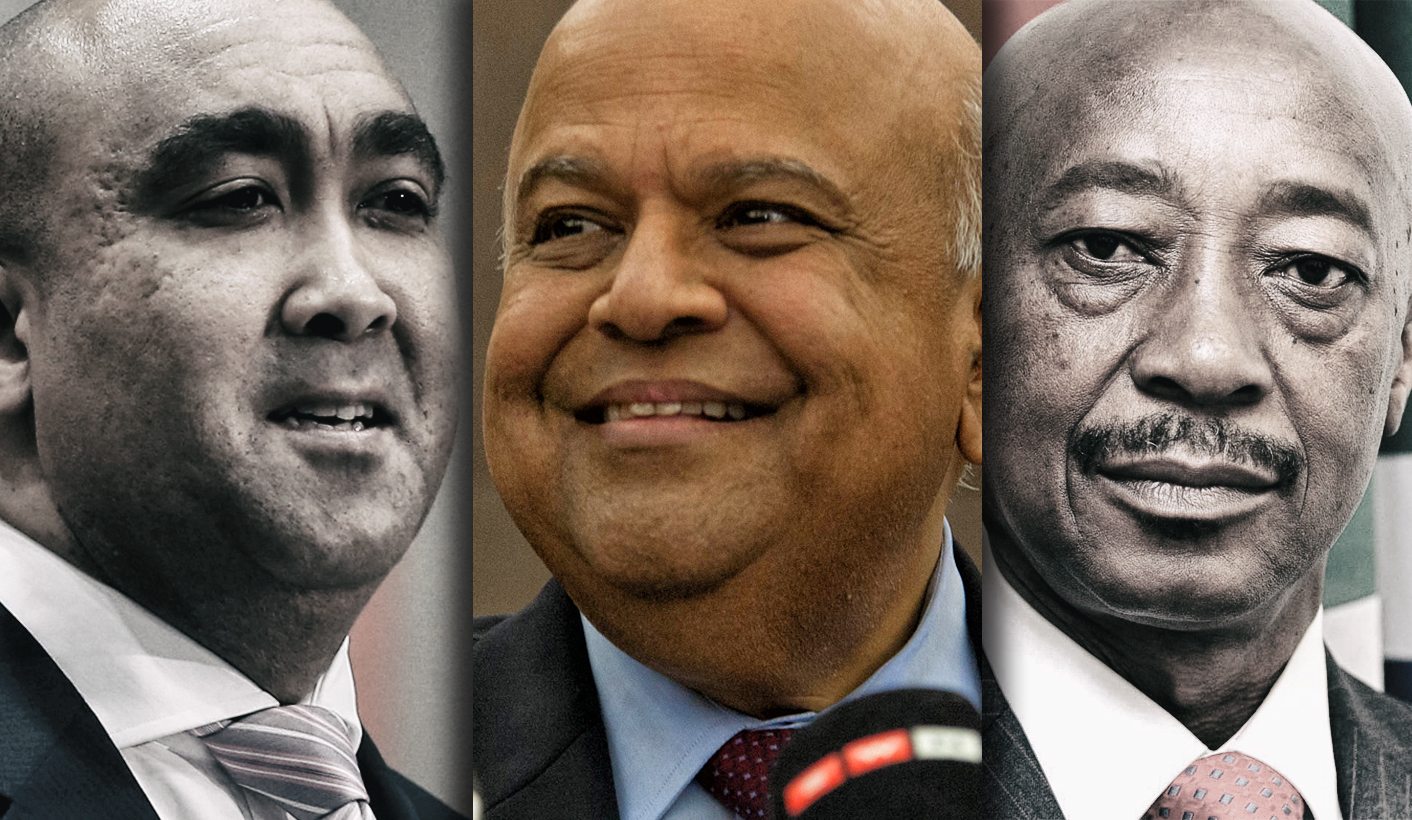 Nearly three years ago we published the story below detailing how the prosecution of then Finance Minister Pravin Gordhan was political and that the then NPA head Shaun Abrahams had overstepped. At the time it was revealed that not only did SARS Commissioner Tom Moyane’s own legal counsel refuse to get involved in the prosecution for “ethical reasons” but it was clear that the HAWKS and the NPA sought, after the fact, to find evidence to prop up the charges. With this in mind, the public protector, Busisiwe Mkhwebane's finding that Gordhan is guilty of "improper conduct" over his approval of then-deputy SA Revenue Service (SARS) Commissioner Ivan Pillay's early retirement and payout will no doubt raise eyebrows and be challenged. Already Gordhan plans to institute immediate review proceedings against the Public Protector's report and its findings.

An application by the Helen Suzman Foundation and Freedom Under Law filed on Sunday and asking the Pretoria High court to review, set aside and declare unlawful the charges brought against Minister of Finance, Pravin Gordhan and others, has disturbed a hornet’s nest and exposed the prosecution as political, calculated, desperate and malicious.

Proof has emerged that the NPA and the HAWKS had not considered all the evidence before them before NPA head Shaun Abrahams’ very public announcement that Gordhan, Ivan Pillay and Oupa Magashula would be charged.

A desperate scramble behind the scenes has allegedly taken place which has resulted in a SARS deputy director of law administration, Vlok Symington, being locked inside a boardroom at the revenue service’s headquarters while the Hawks and Commissioner Moyane’s bodyguard attempted to coerce him to provide an affidavit. Symington’s desperate calls to 10111 alerting them that he was being held hostage have been recorded.

Symington has laid a case of kidnapping, intimidation, assault, robbery and theft at the Brooklyn charge office (CAS 790/10/2016). He has also filed a complaint with IPID which has no doubt already arrived on the desk of the freshly re-installed IPID head, Robert McBride.

The house of cards tumbled after the HSF and FUL application was filed at the Pretoria High Court. Attached to the court documents filed on Sunday was one particular piece of vital evidence, a 2009 memo by Symington, deputy director of law administration at SARS, providing a two-page summary of the legal requirements regarding the early retirement of Acting Commissioner Ivan Pillay.

Before filing their founding affidavit with the court, HSF and FUL on October 14 sent a batch of supporting documents to NPA head Shaun Abrahams.

On Monday, October 17, Advocate Torie Pretorius, the NPA’s Acting Special Director and head of the Priority Crimes Litigation Unit and the man tasked with investigating Gordhan, sent a letter to Crimes Against the State commander, Brigadier Nyameka Xaba, listing questions that urgently needed to be answered.

Pretorius requested Xaba to get Symington to provide, in affidavit form, replies to the questions Pretorius had listed. Brigadier Xaba in turn wrote to SARS lawyers Mashiane, Moodley and Monama marking the correspondence “for your urgent attention” and explaining that the Hawks needed Symington to urgently provide an affidavit with regard to the circumstances under which he wrote the 2009 memo with regard to Ivan Pillay’s early retirement.

Mashiane, Moodley and Monama attorney David Maphakela replied, not to Xaba but to Commissioner Moyane, with regard to the request for the affidavit, saying, “on ethical reasons I cannot be involved in this one. I hold a different view to the one pursued by the NPA and the Hawks.” [In relation to the prosecution of Gordhan, Pillay and Magashula].

In what must have been an absent-minded moment [let’s be kind], Commissioner Moyane forwarded the opinion from Maphakela to Symington together with the questions from the NPA.

On Tuesday October 18, Symington received a call from his superior, Kosie Louw, informing him that Commissioner Moyane would like him to urgently reply to the NPA questions. Senior Hawks officials and Commissioner Moyane’s bodyguard, Thabo Titi, met with Symington in the boardroom at SARS. The conversation was cordial at first.

The Hawks instructed Symington to begin writing the affidavit and exited, leaving him to it and informing him they would return at 13:00.

And here is where the wheels came off.

Brigadier Xaba reportedly popped in to see Commissioner Moyane where both men realised Moyane had accidentally forwarded the opinion from Maphakela to Symington. The men returned to the boardroom where they allegedly demand that Symington hand back the e-mail correspondence. He refused and asked Xaba and Moyane to leave him alone.

Brigadier Xaba then allegedly prevented Symington from leaving the boardroom and two Hawks colonels assisted Xaba to lock Symington inside. Symington phoned his PA and 10111 informing the operator that he was being held hostage. Symington recorded the calls as evidence.

Symington’s colleague Kosie Louw and two other SARS colleagues arrived and attempted to calm the situation. Titi, Commissioner Moyane’s bodyguard, refused to leave the venue. Symington then attempted to leave with the documents when Xaba and the two Hawks colonels allegedly pounced and snatched these from him.

Daily Maverick has confirmed from three separate sources that the above bizarre event occurred.

So what does this all mean?

Well, essentially that when the NPA decided to prosecute Gordhan, Pillay and Magashula they had not seen Symington’s legal opinion offered in 2009 and had not taken it into account. What Symington’s note speaks to is the matter of “intent” which is vital in proving the act of “fraud”. If Pillay and Magashula acted on the legal advice of a SARS lawyer, then they did so “in good faith” and based on a legal opinion. There is no case.

It also suggests that Moyane, if he was aware of this opinion, did not provide this exculpatory evidence to the Hawks or the NPA before the authority decided to go ahead and press charges.

Meanwhile, HSF and FUL released a statement on Wednesday that on October 20, the NPA issued a subpoena to the CEO of the Government Pensions Administration Agency, calling on him to provide, among other documents, annexures to the SARS memorandum that is the foundation of the charges against Finance Minister Gordhan, and an affidavit “explaining” the approval of past requests for early retirement.

The subpoena clearly related to the advice by Symington.

“The subpoena was issued over a week after the NPA announced the decision to charge Minister Gordhan. The timing suggests a desperate, eleventh-hour attempt to prop up a prosecution that, clearly, was hopeless from the start. This is information the NPA should have gathered long before any decision to prosecute was made, and the NPA’s failure to do so underlines the irrationality and unlawfulness of its decision. This is especially so given that the information is likely to be exculpatory. Today, attorneys for Freedom Under Law and the Helen Suzman Foundation served a supplementary affidavit drawing the court’s attention to the subpoena and its implications,” said HSF director Francis Antonie. DM