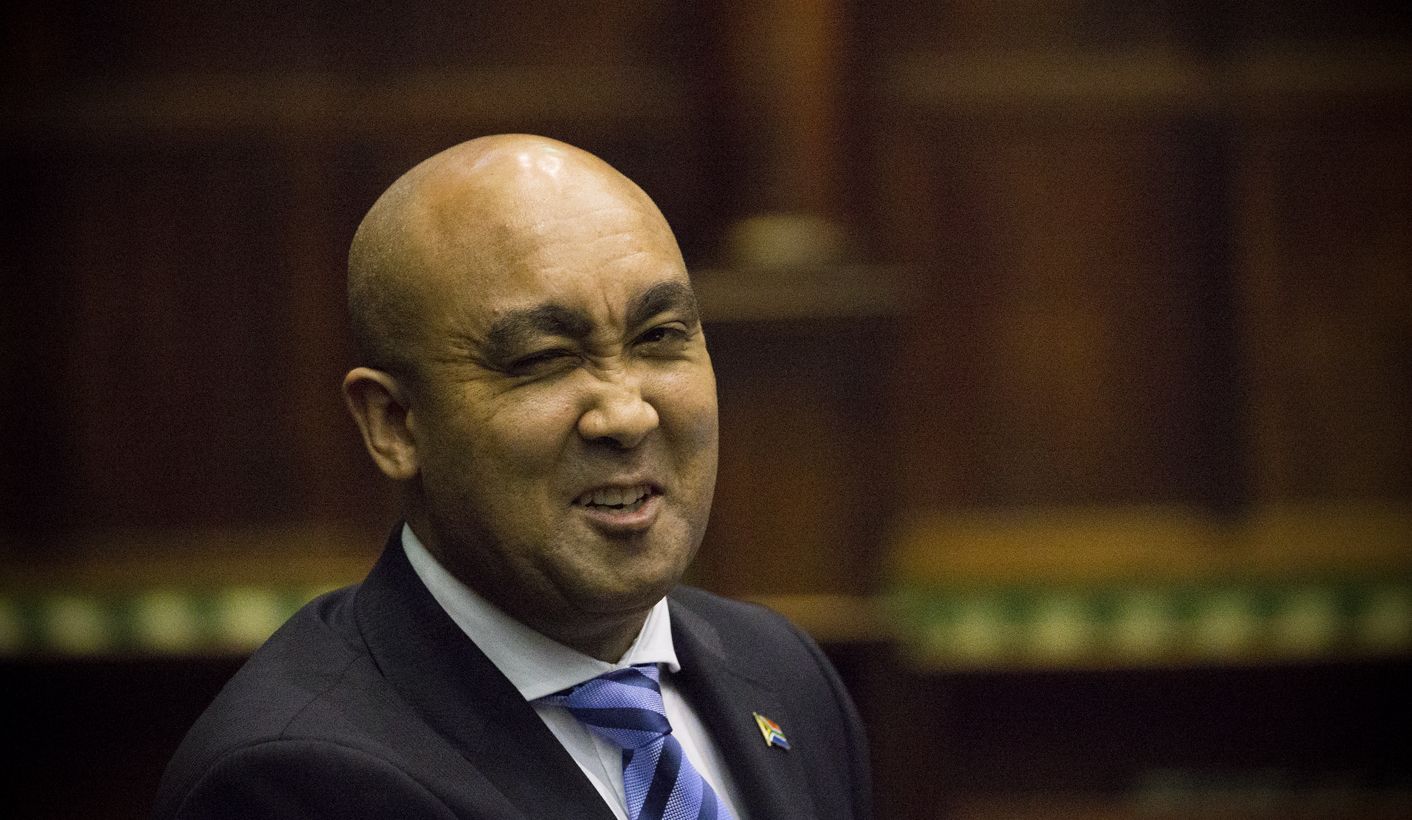 National Director of Public Prosecutions (NDPP) Shaun Abrahams says the National Prosecuting Authority (NPA) will not withdraw its appeal against a court ruling on charges against President Jacob Zuma. Abrahams has also refused to supply a list of current cases relating to state capture and corruption.

Writing in response to a letter UDF veterans handed to the NPA on August 7, Abrahams ducked every request in a response that is occasionally belligerent.

In April 2016 a full bench of the Gauteng High Court ruled that the NPA decision not to charge Zuma was irrational. The NPA then appealed against the decision. The UDF veterans’ letter called on Abrahams to drop the appeal. Abrahams’s response was that the matter preceded his time: “I regret to inform you that I am unable to accede thereto. As you are well aware, the history around this matter predates my appointment as the NDPP. The appeal pending in the Supreme Court of Appeal is premised largely on the powers of the NDPP and the functioning of the NPA. Finality is required in this regard.”

Abrahams was appointed NDPP in 2015, about two years before the NPA appealed.

“I disagree with you that the NPA has failed to ‘act in terms of its constitutional mandate to root out criminal activity within the state’ over the last decade. It is regrettable that you deemed to make such a general statement,” wrote Abrahams in the letter dated 16 August.

Abrahams rejected the UDF veterans’ claim that the NPA had been “glaringly absent” with respect to corruption, such as the #GuptaLeaks emails uncovered, and that Abrahams’s silence made him complicit. “It is rather regrettable that you have to resort to making such comments not understanding the role and functioning of the NPA,” he wrote.

More than 10 paragraphs of Abrahams’s 20-paragraph response describe the state structures responsible for fighting corruption. The essence of his claim is that the NPA is not responsible for what the UDF veterans are asking. Instead, he argues, their concerns should be raised with the Directorate for Priority Crime Investigation (the Hawks).

Abrahams tries to hit back at the UDF veterans: “It does concern me that your interest only lies in the eradication of criminal activity within the state. Regrettably you make no mention of your concerns of corruption and acts of criminal activity around the private sector.” He makes this remark even though the UDF veterans’ letter explicitly mentions several private companies requiring investigation, including Cash Paymaster Services, Trillian, Tegeta, Oakbay, Mckinsey, Dongfang Electric Company, VR Laser, Multichoice, Linkway Trading and several others.

“Contrary to your belief, indicative of the tone of your letter, the NPA will continue to execute its constitutional mandate without fear, favour, or prejudice,” Abrahams ends.

UDF veteran Zelda Holtzman told GroundUp the group was unhappy with Abrahams’ response but that a fuller statement would be issued after the veterans meet in the first week of September. DM

Photo: Shaun Abrahams, head of the National Prosecuting Authority, has responded to a letter addressed to him by UDF veterans. Photo from NPA website.