ANC Leadership Race: No space for conscience, or Motshekga, in Dlamini’s Women’s League 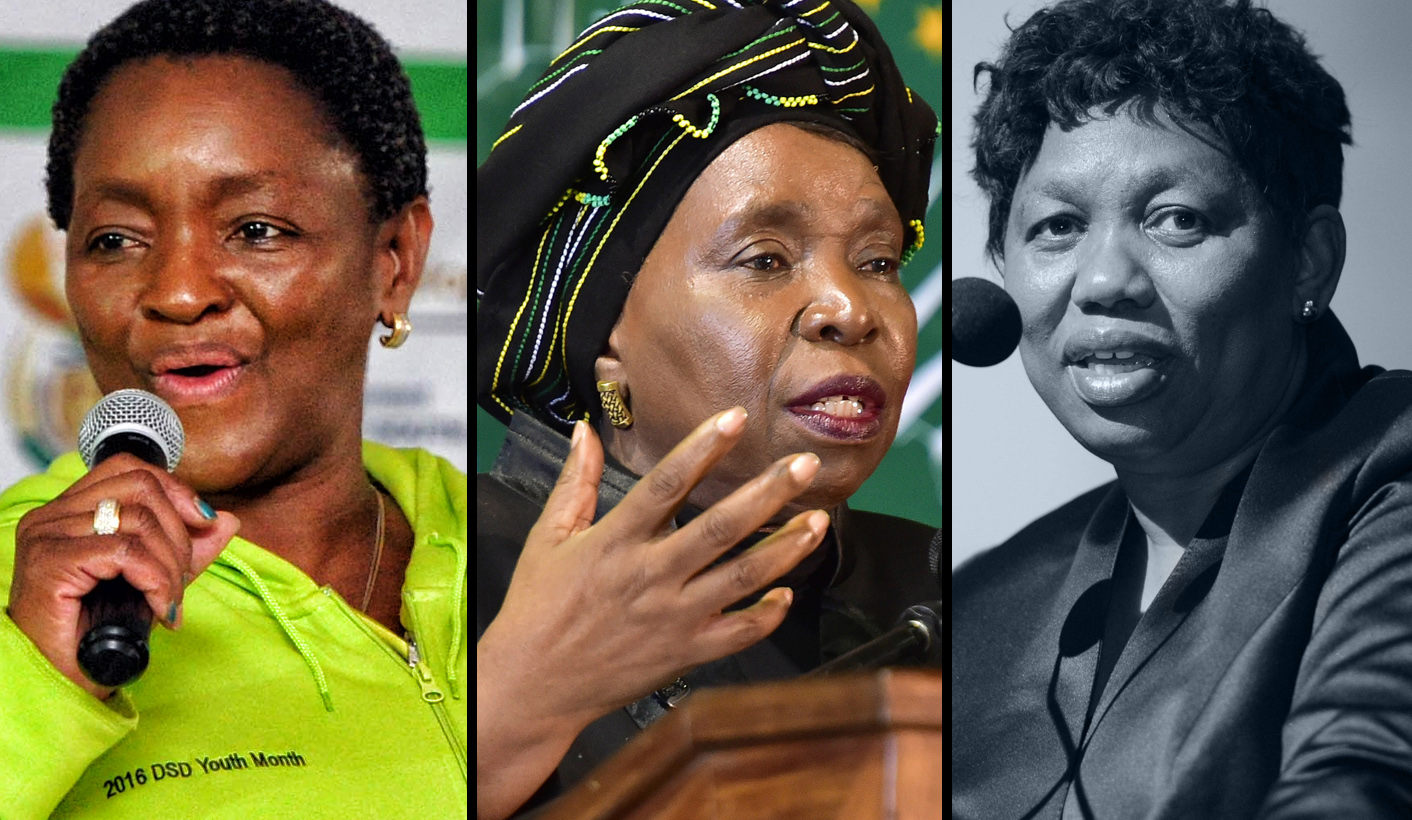 Divisions in the ANC have surfaced this weekend with the ANC Women’s League reprimanding its former president, Basic Education Minister Angie Motshekga, for being ill-disciplined after she apparently addressed meetings under the gender banner. In this, the year of Oliver Reginald Tambo with the ANC website proudly displaying the slogan: “Let’s deepen unity!”, the ANC seems to be significantly more divided than it has been in recent times. By CARIEN DU PLESSIS.

Not so long ago, perhaps a year or two before the ANC’s 2012 conference in Mangaung, journalists would get the occasional call from an ANC politician to ask for a fellow comrade’s number. So fierce was the contest in the run-up to the party’s 2007 Polokwane conference that comrades had stopped calling each other altogether.

A few years on, some of the rifts started healing as people started moving on and regrouping.

The exchange by press release between ANC Women’s League President Bathabile Dlamini and her predecessor, Basic Education Minister Angie Motshekga this weekend shows that the era of lost phone numbers could be back.

Ironically, as the leadership contest, set to play itself out at the ANC’s elective conference in December, is now out in the open with T-shirts displaying the names of presidential candidates being openly worn at rallies and meetings (a decade ago it was slightly less blatant as then ANC national chairperson Terror Mosiuoa Lekota kept threatening to expel those who did so, although he never did), the tolerance for different viewpoints is ebbing.

What sparked the press release was perhaps a weekend meeting by Motshekga in Qwa-Qwa, in one of the Premier League provinces belonging to Free State Premier Ace Magashule. The Free State and the women’s league both are supposed to support former African Union Commission chairperson Nkosazana Dlamini-Zuma for president, but Motshekga’s supporters donned the green women’s league church-like uniform and openly supported Deputy President Cyril Ramaphosa.

It wasn’t the first such meeting, and judging from Motshekga’s unrepentant response, it’s unlikely to be the last.

In a press release on Saturday night, the women’s league hit out at an “ill-disciplined” Motshekga, “who is not serving in any leadership structure of the ANCWL”.

Motshekga lost the presidency to Dlamini in a bruising battle at the league’s 2015 conference, where Magashule was spotted cheering from the sidelines. There was talk that the victory was engineered with a hand from the Premier League in at least the Free State, North West and Mpumalanga, and some in the league were left with doubts about the legitimacy of the conference outcome.

“[Comrade] Angie must accept that a duly constituted conference of the ANCWL did not vote for her to continue in the leadership helm of the organisation. She must allow herself to be led and desist from trying to rule the ANCWL from the grave.”

The women’s league leadership also asked for “space” to lead the organisation without Motshekga going around organising events under its name.

The statement concludes that Dlamini and her collective have been working “tirelessly to build effective structures in unifying the organisation” and would not take kindly to anyone else undermining that unity. In other words, more isn’t merrier, and there’s no unity in diversity.

Motshekga’s ministry on Sunday responded she was disappointed by the women’s league statement. After all, she led the league for a marathon seven years (2008-2015) as it struggled to convene a conference after the first five, and served on the national executive committee for five years before that.

She denied that she had organised any events under the women’s league banner, but admitted that, in Women’s Month such as August is, and throughout the year she’s been getting a lot of invites “as a gender activist in different capacities”.

“This month I have been invited to many women’s month forums within and outside of the education sector. I still have many invitations that I will be honouring,” she said, even hinting that she was willing to extend an invite to Dlamini as a “guest” for one such event next Sunday.

“It is disappointing that an organization to which I have dedicated a large portion of my life, because it is meant to help women rise up together, can release a petty media statement aimed at trying to bring a fellow woman [comrade] down,” she said. “Is this what the ANCWL has become under the current leadership? Where is the spirit of the great Comrade Charlotte Maxeke who founded this organization and said – if you rise bring someone with you?”

Motshekga continued in a caustic tone:

“The content of the ANCWL media statement is sadly so cheap, petty and actually silly and regretfully this makes it difficult for one to even engage with it constructively without risk.”

As if to add insult to injury for Dlamini, a picture did the rounds on social media late on Sunday after Ramaphosa’s rally in Seshego, in his home province of Limpopo, of the Vhembe women’s league branch holding up a banner in his support.

This event happened as the league hosted a joint event with the Umkhonto we Sizwe Military Veterans Association in the Pimville Community Hall in Soweto where Dlamini-Zuma was announced as the ANC’s incoming president.

At this event, the ANCWL president, wearing a figure-hugging black dress with an ANC logo in glitter, voiced a very interesting idea of party discipline, which puts obedience above debate:

“So when the leadership of the ANC takes a decision, we all follow. In the ANC you are given orders, you implement. If you want to question, you question after implementation,” she said, to cheers of “viva” from the crowd.

The apparent divisions between leadership and lower structures aren’t confined to the women’s league. ANC Youth League leader Collen Maine told the Sunday Times that, because he would not be endorsing Ramaphosa, nobody in the league or his province of origin, North West, would either.

The basic message from the Dlamini-Zuma camp is that the party’s structures have already decided on her as president, and dissent on this matter would not be tolerated. Some regions have already claimed that their leadership structures have been dissolved because they disagreed with the province on who should be the next party president.

What some might call ill-discipline, others would call gatekeeping – the practice of keeping party members from the “wrong” camp from joining branches by delaying their membership applications or losing it altogether. Both sides have been accused of doing this.

If executed successfully, this tactic could help the chosen candidate win a leadership contest, but it could leave many doubting the legitimacy of the party – or giving up on it altogether – following the December conference. DM

Minister of Basic Education Angie Motshekga addresing an Intergenerational Dinner held at the Durban ICC which had women stalwarts sharing their experiences of the struggles for freedom with young women. 08/08/2014, GCIS